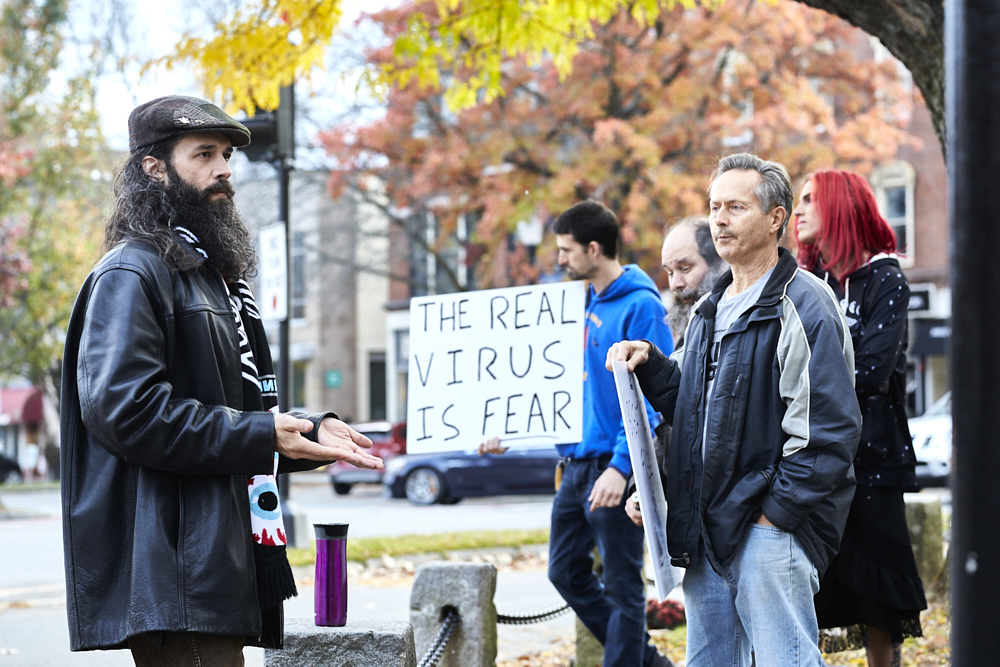 Monday afternoon, in downtown Keene, a Mask Freedom Rally was held at the Central Square on Main Street by the gazebo.
Attendees wrote on and made white board signs on site as they wished. One sign read, “Breathe Free or Die,” another sign that Republican nominee for sherriff in Cheshire County Aria DiMezzo had said, “Oppose Fascism.” They had a camera set up to record for footage, and attendees were chanting, “The real virus is fear” into a microphone and holding their signs up to cars as they drove by. Cars that honked got the crowd rowdy and excited, as they wanted reactions from people. About eight people showed up and participated. DiMezzo said she would not go to a rally with 600 people.
DiMezzo was speaking at the event. DiMezzo said she thinks government expansion is the main issue, and fasism is a bigger concern with businesses acting as law enforcement. “They have to turn the average citizen into a police officer.” She said she does not support the government telling us that we have to wear a mask. DiMezzo prefers to go to non-mask places, but will put a mask on if asked and wear one in the appropriate places.
An attendee who went by the name Footloose said that he would never wear a face mask, but one time he had to use his shirt as a mask.
Christopher Buckley, the Keene State College Director of Campus Safety and Compliance, stated there are a number of very well respected scientists who have proven that mask-wearing is recommended to help protect your own personal safety, “I feel it’s an important piece; one to keep myself safe and to keep others around me safe. I certainly wouldn’t want to affect a family member by not wearing a mask.” In regard to students on campus, he said,
“We are asking everyone to be compliant and wear the face masks.”
Some say having to wear a face mask becomes annoying and unpleasant, and can cause issues like difficulty breathing when it’s warmer. Buckley states, “Personally, I am okay with the minor inconvenience that it causes me, trying to keep myself and family safe.”
Overall the rally was not against masks , but instead against the way the government is using citizens to enforce the law. DiMezzo pointed out, “Most people were wearing masks before it became mandated in Keene.” 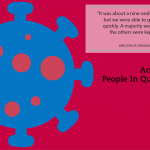