It was a crisp fall night in Keene as people shuffled into the Putnam Theater eager to regain some normalcy in the midst of the COVID pandemic. Even with all the restrictions and safety requirements, the Film Society still plays an active role on campus.

“Keene has one of the oldest film departments in the country,” said the faculty advisor Irina Leimbacher. . “All the films will cost from a quarter to being free all semester during the pandemic,”.

Students can bring their movie snacks along with their favorite movie. Students can also then vote on which movie they want to watch that night.

“All of the e-board members had to go through specific training while COVID was going on,” said Connor Adams, the president of Film Society. “It made handling the ropes a bit challenging.”

Even with all new members, they are still devoted to making a contribution to create a positive school climate. The Film Society is a good way for students to get out of their comfort zones and are able to connect with others over films. According to Adams, it provides an opportunity for students to make connections with their classmates over films that they might enjoy.  “We have seen a lot of involvement from freshmen,” said Adams. “Students are searching to find a sense of community and Film Society is a good source to find other people.”

The Putnam Theater originally held 150 to 175 people to show films and host events. Now, with the coronavirus playing a factor, the theater can only hold 28 people which creates a safe limit to allow people to socially distance.

“We are doing everything we can to keep everyone safe,” said  Leimbacher.“When I was there, they had a student at the door when you first walked in acting as an usher, telling people where to sit and how to stay safe.”

The society wants to ensure students can enjoy themselves while feeling comfortable that social distance standards are being maintained.

Now that there are more students on campus, The Film Society will be planning several events such as hosting a film festival for the students of Keene. First-years through juniors will be able to show off their films on the big screen to their peers during the festival. In the past, community members were allowed to sit in during screenings and events, but due to the COVID pandemic, the theater only allows students to participate.

To find out more information about these or future events you can contact the putnam theater by email at kscputnamtheater@gmail.com or by phone at 603-358-2269. 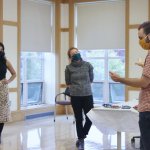 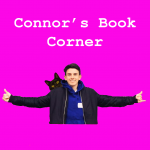