Checking in with Cédric 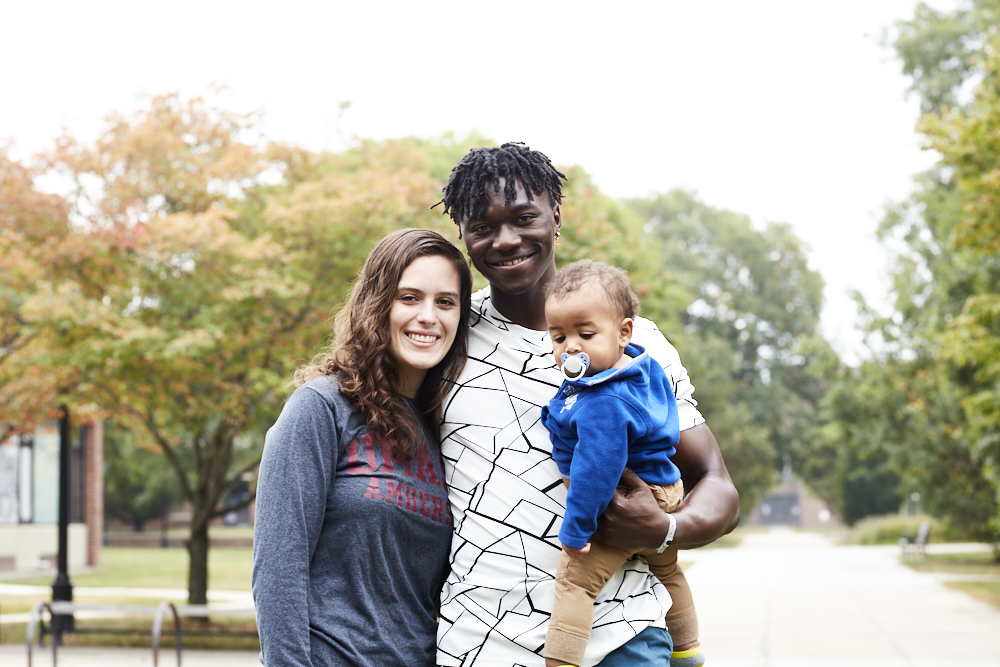 If you are wondering what nine-month-old baby Cédric is up to, his father and Keene State student Clinton Mungeta (Bongo) said, “He starts clapping whenever he is excited.”

Keene State student and Cédric’s mother Jessica Houle added by saying, “He says ‘uh-oh’, he screams just randomly and he babbles a lot.”

Born on December 15, 2019 to the two Keene State students, baby Cédric is almost a year old now and his parents are trying to figure out what to do for his first birthday amidst the pandemic. Other than that, Mungeta, Houle and Cédric are busy going to the park and going on walks every night. The family has been spending a lot of time together since the pandemic started. Houle said, “We really got to know Cédric more because after the first month he was born, he went straight to daycare [be]cause we came back to school, so [now] we all got to spend more time together.”

The duo found a silver lining during the pandemic by connecting with each other.

Houle is taking one online class, while the rest of her classes are hybrid. Mungeta has all of his classes online. “Since Cédric goes to the daycare, I get the whole day to do my work and assignment,” said Mungeta.

Mungeta is also on the KSC soccer team and competes in track and field. He said, “Soccer wise, we started two weeks ago, but we worked in pods, so we started with three people first for the whole week [to] follow the protocol, then after the first week passed, we all did good, so we transferred to seven people which was last week. We have been doing good, so next week, I don’t know what’s gonna happen. We have to wait until the coach says what to do… hopefully next week we will get to play with 11 in practice.”

Mungeta said, “The pandemic has really only affected my sports life with our season getting canceled. But because I am staying an extra semester, it allows me to play another year doing both soccer and track. Obviously, I’d love for the season to happen but we’re still practicing and hopefully we’ll be getting in some scrimmages here soon.”

Houle and Mungeta are trying their best to keep their little boy safe during the pandemic. “Since school started, we haven’t brought him here (on campus), but during the summer [when] we were here, we used to bring him [on campus] a lot, because there weren’t a lot of people,” said Mungeta. “It’s just [that] we are trying to keep him safe.”

Houle added by saying that they avoid being on campus as much as possible as well. She said, “We’re not really even on campus unless it is to get tested or [for] my two classes here.”

Keene State junior and Cédric’s god-mother Jennifer Freedman is limiting who she is around as well. She said, “I’ll feel terrible if anything never happens.” Freedman is majoring in safety with a minor in environmental studies. She is also on the women’s basketball team on campus.

This summer, Mungeta and Houle chose one of Mungeta’s best friends and KSC alumnus Jacob Chiza as Cédric’s god-father and one of Houle’s best friends Freedman as the god-mother.

Freedman said she was shocked and it felt really good to be asked to be Cédric’s god-mother. Freedman loves spending her time with the baby. She said, “He started walking a bit ago, so he’s very mobile now and I like spending time with him and watching him explore.” She further said that he loves putting different things in his mouth and has started to mimic people a lot more.

Freedman said that she used to spend more time with Cédric before he went to the day-care.

Cédric goes to Keene Day Care Center. Mungeta volunteered at the center his first and second year as a part of his elementary education major. So, Mungeta and Houle knew how good of a place it was.

Houle and Mungeta got a lot of support from their friends when the baby was born. Houle said the same people are still helping them with Cédric when needed. Houle said, “Either we live together or they are in the house right next to us, so that’s like our group of people, and then we have some of my friends, just a couple of them who will come over, and just hang out with us or they’ll help with Cédric.”

Freedman said that she is there whenever they need help. She said, “I live right around the corner from them off campus.” She further said, “He (Cédric) is my little bundle of joy, every time I see him, it always just brightens my mood and it makes me 10 times happier just to see him.”

Freedman said, “Seeing all the things he does now that he didn’t two months ago is crazy to see.” 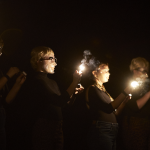