your ability to show up 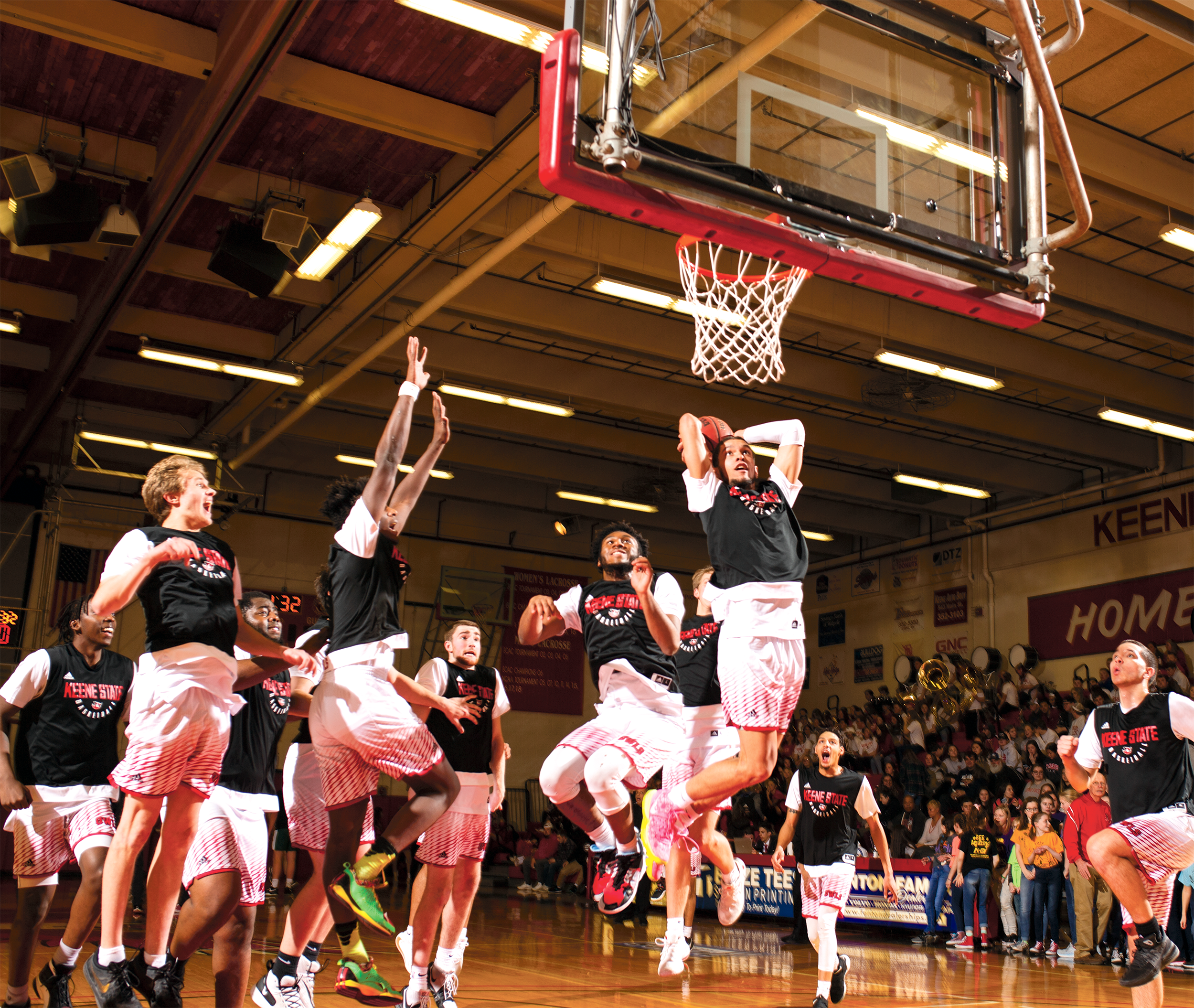 Adversity and a roller coaster.

On Tuesday, February 25, both teams’ seasons came to an unexpected end after losses in the first round of the Little East Conference playoffs.

“[This season] there was a lot of turnover without losing a lot of people,” said Cain when asked to explain the word he chose. “We graduated Ty, who had such an impact on the program, so to then figure out how to win without him… there was some adversity there, learning to win with a new environment, not having a guy like that on our roster.”

Keene State alumnus Ty Nichols finished his last season as an Owl in 2019, ending his college career as the all-time leading point scorer with 2,316 points. Nichols had been a staple during game play for the men’s basketball team, more often than not being the top point-scorer game in and game out.

This season was Cain and the basketball team’s first season without Nichols, however Cain emphasized that adversity is not always a bad thing, especially with a team like his.

“I think as the year went on we did grow a bit,” explained Cain. “I think we played some of our better basketball at the end of the year… At times we responded very well to adversity, not always meaning adversity in a bad way, but meaning adversity that you can embrace and hopefully improve upon and play better, and I think we did some of that… obviously not as much as we would’ve liked.”

Boucher had a similar response when asked to explain his phrase of choice; roller coaster.

“That’s the way it went,” said Boucher. “We had ups and we had downs; we were young, but I thought our young players grew which is the most important thing, but we had to find combinations that worked well together and sometimes they did, sometimes they didn’t.”

The women’s basketball team this year had a total of nine first-years, which is the most first-year players the team has seen in over a decade.

“Some nights our young players looked great and other nights they looked young,” explained Boucher. “And that’s to be expected when you have [so many] freshman.”

However, regardless of a team’s make-up, when it came time to perform the men’s and women’s basketball teams showed up.

“We made some pretty good comebacks,” smiled Cain as he recalled some of the highlights of the season. “We had lots of really good games. Obviously I think you can highlight from a single game standpoint the Rhode Island College game.”

The Owls faced off against Rhode Island College on February 15 in an intense home contest that ended in a Keene State win.

“We were down pretty bad, I think we were down 16 points with six and a half minutes left and we ended up coming back and winning that game in a great environment,” said Cain.

Boucher explained that his own personal highlight was seeing his players grow. However, his team highlight was the Owls’ growth in the Little East Conference.

“We were picked for eighth in the conference, but we ended up sixth,” said Boucher. “We got into playoffs, which is what you want to do.”

Cain and Boucher have both experienced the loss of seniors, and this year is no different when it comes to emotions.

“I don’t think people understand the commitment it takes to be a student-athlete and to do that for four years,” said Boucher. “[Thach and Bennett] have both been great because they’re accountable and responsible. If you expect them to do something it’s done, it’s done on time or it’s done ahead of time, and they’re accountable. If they make a mistake they own up to it and they will do their best to correct that, whatever it was.”

Cain had similar remarks about his own two graduating seniors.

“It’s always hard because seasons tend to come to abrupt ends,” said Cain. “It hits you hard to know that that’s it with that group of people you have been around pretty consistently over four years… there’s a strong personal connection that goes into it. Whether it’s coach to player, player to player, player to manager, manager to coach; all of those relationships and what makes teams what they are. Ben was a huge part of that and Brandon too.”