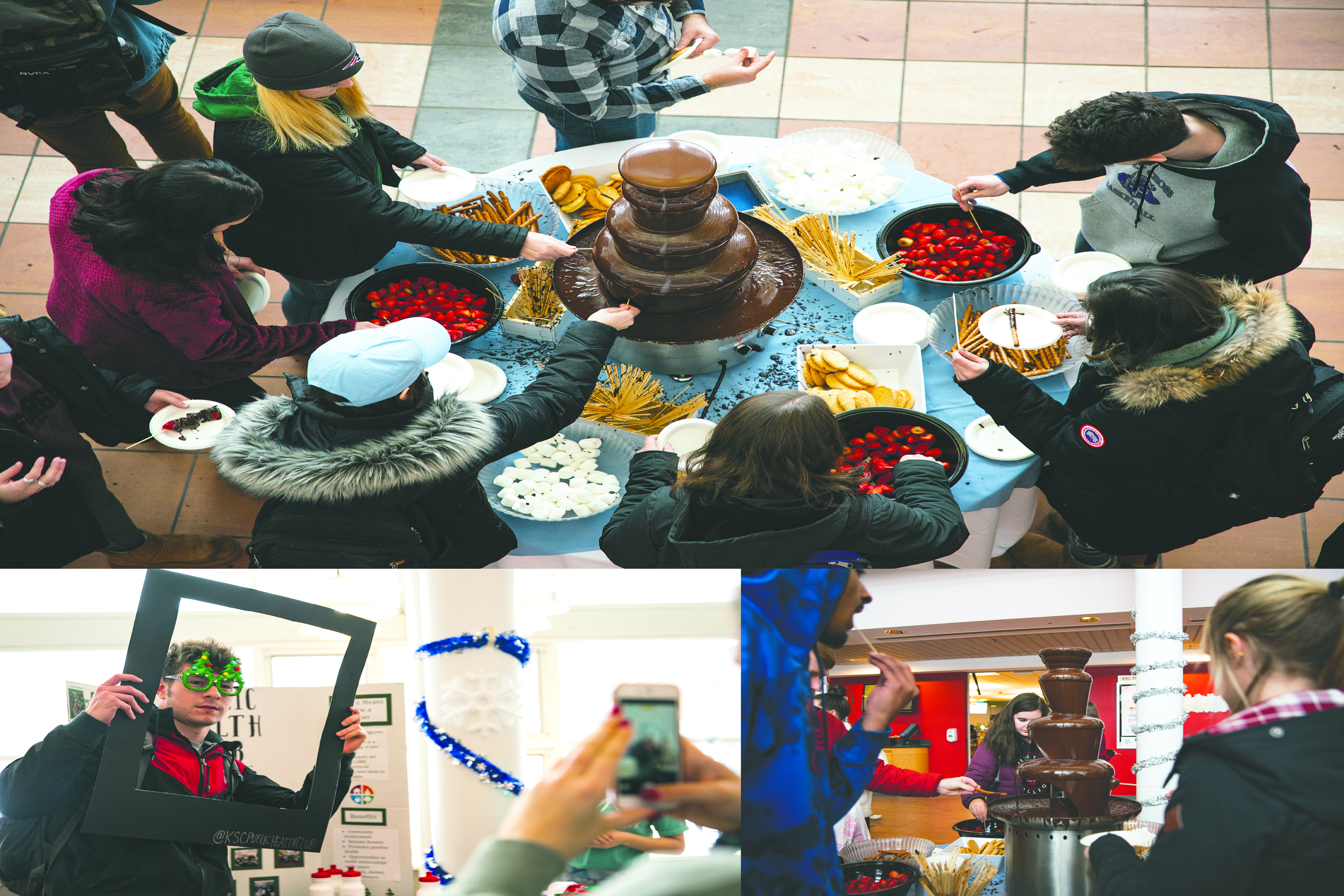 After beginning the week with a snow day, it seemed only fitting for Keene State College students to take part in the annual Winter Celebration, put on by the Young Student Center, to warm up for finals.

On Wednesday, December 4, candy, desserts and a chocolate fountain could all be found in the Young Student Center. Some students could also be seen singing along to Mariah Carey’s, “All I Want For Christmas Is You.”

For a limited time during the celebration, students were able to take part in the “Stuff-a-Plush” activity. On a first come, first serve basis, students selected a plush animal and got to stuff it right in the student center. First-year Cailyn Dezotell said besides the free food, the Stuff-a-Plush was the main reason she came to the event. “I saw the stuff a plush. I was like, ‘that’s cool, I want one of those,’” Dezotell said.

After she stuffed her plush bulldog, Dezotell said she was excited to look at some of the other activities at tables at the celebration. “Just walking through the chocolate fountain looked awesome,” Dezotell said.

Fellow first-year Madison Tingle also attended the event looking to take part in the Stuff-a-Plush activity, but also to see what was going on on campus. “I haven’t really been to any on-campus events, so I decided to try this one out. Christmas is my favorite time of the year so Winter Celebration sounds like a good time to try it,” Tingle said.

Similar to Dezotell, Tingle was also interested in looking at the other activities and food being offered at the event. “I saw food coming in so I’m definitely going to check that out. The chocolate fountain is huge,” Tingle said.

Sophomore Emma Manderville was tabling towards the end of the event. She said, “We’re tabling here for Public Health Club. Our organization has a photo booth and just wanted to celebrate the holidays and the end of the semester.”

Manderville said her favorite part of the Winter Festival was the food, calling it, “fantastic” and saying she was eating cotton candy and strawberries prior to the interview. Manderville stated the overall message her club is promoting: “We would love more new members. We’re doing a lot of new networking events this [upcoming] semester [the monthly] career spotlight series and we’re also going to all of the national conferences; so just getting more involved.”

Front House Manager of the Redfern Arts Center and Alumni Eva Medvidofsky was also in attendance tabling a photobooth, but a 70’s theme one. Medvidofsky said, “We’re doing a 70’s themed photo booth, for the students where they can come and pose with props and get entered into a contest to win a free ticket to one of our shows or a $10 gift card to Prime Roast.” According to Medvidofsky, she has been tabling for the Redfern for the last four or five years, claiming every year they fine tune and see what can work and keep students engaged. “It’s something we do every year and I think it’s a really good opportunity to connect with the students in a way we don’t always get to. Because our building is out of the way, it’s a good way to bring the Redfern to the center of campus and connect with students we don’t always get to see,” said Medvidofsky.

Jennifer Ferrel, who is the director of campus life, says that the Winter Celebration has been a tradition since she arrived at Keene State. “We’ve been doing it for 15 years, so for me just keeping it going as a tradition and organizing it and just making sure it all happens, and that kind of stuff; that’s my role.”

Ferrell also added that every year she tries to add new events to the celebration to keep it interesting. “Each year, there are new things that people will try and they want to test out something, or do a fun new idea for what they wanna host at their table,” Ferrell stated. “We’ve had a lot of things that people have come to expect every year, but then there is always something new and different because it’s based upon what the groups want to do.”

Jessica Gagne Cloutier, the coordinator of community service at Keene State, has seen multiple Winter Celebrations and always makes sure students notice the sugary treats that are offered. “This is my eighth winter celebration,” Cloutier stated. “I always help with the student involvement table, so [I’m] making sure everyone has access to plenty of sugar with the cotton candy station.”

According to Cloutier, the Winter Celebration is not all about getting free food but is also meant as a time to get together and celebrate. “It’s an opportunity for us to come together. We don’t get a ton of opportunities to just be all in one space in a celebratory way,” said Cloutier, “so that chance to be reminded of who our community is and what makes us special, and to do that by celebrating the start of the winter season ahead of finals, is always kind of a nice little break after a busy semester.” 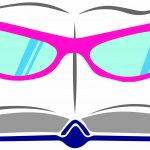 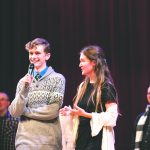 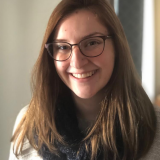