Damn, what was I thinking? That this was a slice of chocolate cake that came with no calories or regrets?

This is the end of the first week of being in Seville, Spain for my first experience studying abroad and can I tell you it’s been an experience ever since setting foot in the Boston airport.

I was emotional at the airport. I literally had to give them the salute and walk away before I completely broke down in front of everyone. Once I moved into security I was honestly so nervous they were going to find the grenade in my bag THAT I DIDN’T actually have. Other than worrying for no reason, it was super easy getting around the airport.

Once I got on my flight, I worked it to get a window seat and it was worth it. It’s CRAZY being above the clouds and ocean. The turbulence really had me feeling that we were going to plunge to my death, but the complimentary meal and free new Aladdin movie got me through the bumpy ride.

My flight from Portugal was a slap in the face after all that luxury. Barely anyone spoke English and the airport had stores in it and a whole food court?? So, after that rickety plane ride, I finally entered Seville. I thought my luggage was lost but instead it was just me.

As soon as I got out of the cab, I was lost. I was sent to the cafeteria. God knows how I got there, but there I was.

After some Spanglish, I was brought to where I was supposed to be and got settled into my dorm. (Yes, I chose to stay in a dorm because I was so worried about not finding friends and having a really hard time speaking Spanish to my homestay host so I scrapped that.)

I had no idea that bringing pictures of my friends and family was going to be so important, even though I’ve met some cool people since I’ve been here. My roommate is amazing; Esmeralda speaks fluent Spanish and English and she is an Hispanic version of me, so we love that.

I’ve met a couple of people in my residence; one of the girls actually lives less than 20 minutes away from me back at home in New Hampshire.

I met her in one of our classes and she had the same dress I was wearing. She works at the same place as my brother, and she lives in the dorm right under me—how freaking crazy, 3,300 miles away and here we are. Like our fathers always say, “what a small world.”

Yeah, well tell that to Kiana the first night there after getting helado con sus amigas. The first night I got so lost I ended up walking about an hour around the city trying to find something to spark my memory.

I found the kitchen (somehow I’m always drawn to the kitchen, here and at home), but after some Google translations someone helped me get home.

Talk about Google Translate when you’re in the club and a guy hands you his translation APP so you guys can have a conversation. That’s when you’re like, maybe I should have studied harder during those high school language classes. Food for thought.

But the tapas and tinto de verano make up for it. Since I live in a residencia, I have a cafe which is open for two hours every meal.

So, when my jet lag kicks in and I miss the opportunity, or if I want something a little more “bon appetit” I can visit any of the billion restaurants located on any corner of the city.

Basically “una tapa” is an individual portioned meal (a lot smaller than the portions you would get at an Olive Garden in “The States”, as Europeans call the U.S.). They can come in any kind of dish from fried calamari to a popular favorite Croquettes, which are potatoes with bread crumbs and ham—Google it.

Everything is so different here, like the afternoon siestas (naps) which are supposed to be about 20 minutes, but I take it to an extreme of three hours. The meals are eaten very late—with lunch being around two in the afternoon and then dinner between eight to ten at night. So figuring out meals is just as hard as fighting the Zs.

Jet lag is a slap in the face, but I try not to sleep all day and go to other activities my program, Spanish Studies Abroad (SSA), offers. Just last week I took a tile painting class where I was able to create my own tile and I spun a ceramic bowl too.

Also, SSA plans weekend trips, like going to Cordoba and Italica, which I also did last week. But sometimes taking a break during the day is a need, not a want.

If your university was a half hour walk from your dorm, which maxes out my sweat coin with over 10,000 steps just walking there and back, you would be in bed between classes too.

I probably should talk about school, I guess that’s what I’m here for… jaja. My classes were a disaster this week. Three of my professors did not show up to class; one was a sub and the others just never came for the most random reasons, like still being in Africa or the U.S.

Then my fourth class eventually got canceled because there weren’t enough students. So after a couple emails I’m actually taking five classes at the university and a one-credit one class with my program because I want to get the most out of school while I’m here.

As much as I should be dealing with the culture shock, somehow I’m doing fine. It is definitely a change, but I have so much support here and everyone around me is feeling the same way. So, I wouldn’t say I’m THRIVING, but your girl is surviving. For more updates stay tuned next week! Follow me on Instagram to see photos of this beautiful city and all of my travels (@kianaawrightt). See you then and there, adios chicos! 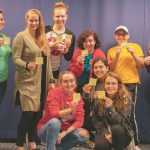 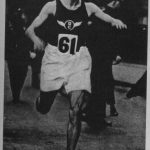