With the regular season coming to an end and our women’s soccer team currently ranked third in the Little East Conference, let’s meet one of the captains!

Patricia Norton, senior midfielder, has been making sure her final season as an Owl is one for the books already having scored three goals and six assists.

However, Norton’s entire career at Keene State has been an impressive one.

Norton’s first year as an Owl saw her named the Little East Conference Rookie of the Year with a total of five goals and four assists.

Norton’s sophomore year was even more impressive, seeing her start in all 14 games of the season. She was named a First Team All-Conference honoree as well as an NSCAA Division III All-New England Region First Team and an NEWISA Second Team honoree.

Norton and the rest of the women’s team will face off at home Saturday, November 2, against Southern Maine. The game will kickoff at noon. 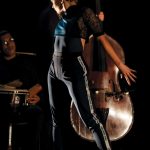