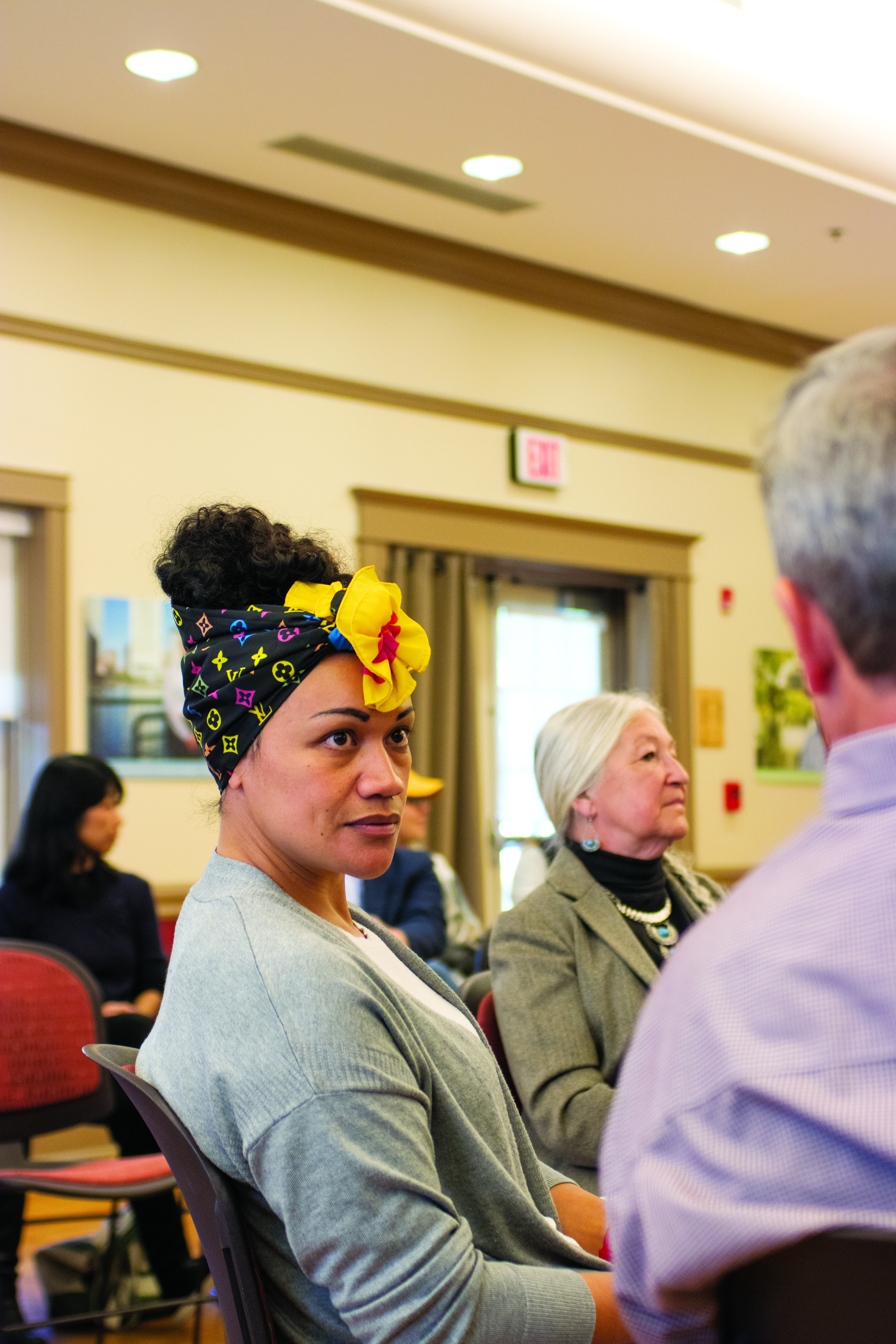 “On top of being a mom and a wife, and [the] military obligation, school was a challenge for me,” said Keene State College senior Jeniffer Afualo-Robinson. “It’s part of another reason why I decided to come back to school, because of the challenge of it.”

Half Māori and half Samoan, Afualo-Robinson is a non-traditional, full-time Keene State student majoring in business management and minoring in economics. She was one of the honored student speakers at the Momentum event on October 18. Momentum is an opportunity provided to KSC scholarship recipients to meet KSC donors who provide support for scholarships and thank them personally.

Afualo-Robinson thanked Associate Dean of Students and Director of Residential Life Kent Drake-Deese for nominating her for the grants and scholarships and the Keene Endowment Association for acknowledging and recognizing student efforts toward academic achievements and success.

Afualo-Robinson was also one of the speakers at the Indigenous Peoples’ Day panel discussion held on October 14. She displayed the website  that she published as part of her class, COPLAC Digital Hidden Pasts Course, to the crowd. Afualo-Robinson published the website to establish the narrative and understanding of the deeper knowledge of American history based on the first inhabitants of America.

According to her, the timeline on the website lays the foundation of what happened to the first inhabitants of Keene and, more specifically, to Keene State College. She said, “By sharing that timeline, I was able to show that the Native American people, the Abenaki people, they didn’t disappear, they weren’t killed of disease, or famine or massacre; they actually were married into the colonies’ families or migrated further north to Odanak in Quebec, Canada.”

Professor of Economics at KSC Dr. Marie Cristine Duggan had Afualo-Robinson in three of her classes: Intro to Economics, Intermediate Macroeconomics and COPLAC digital hidden pasts course. During her speech at Momentum, Afualo-Robinson thanked Duggan for being a great mentor.

Duggan admires Afualo-Robinson for her curiosity, her life experience and her hard work. She said, “She eats ideas for breakfasts and then she wants another for lunch.”

She described how Afualo-Robinson joined the COPLAC class. “It (COPLAC digital course) was this research course on how did the Native Americans use their lands. I announced in the intermediate macro class that I was looking for people to do this special independent study,” she continued. “I honestly didn’t think that people studying economics will be interested in Native American past, but she came up right after and said she did want to be in that class.”

In her speech at Momentum, Afualo-Robinson said, “The study is of ‘Native American Hidden Pasts: The Dispossession, Transference, and Reclamation of Land’ and throughout our research we did a deep dive into numerous archival documents and literature, examined various artifacts, visited museums and libraries and partook in the oral history of the original inhabitants of Keene and Keene State College.” She said, “There is a further, deeper history, a bloody and rather shameful history of America.”

According to Duggan, Afualo-Robinson “has a real passion for things, and she has a passion for the indigenous part of our society.”

According to Robinson, though, things haven’t changed physically after Afualo-Robinson joined the college; from an education standpoint, it is benefiting the family. “My kids see her going to school and actually going to classes and coming home with homework,” said Robinson. “So Mommy has homework, that means we have to do our homework as well.”

Afualo-Robinson said she brought numerous things she learnt at the military to her college experience like “interaction, leadership, taking initiative, not letting the ball drop on anything as far as assignments and projects go, being accountable, being on time to class, doing—whether it’s homework or presenting—what I’m supposed to do for a group project, and maturity and growth.”

In her speech at Momentum, Afualo-Robinson said she had worn her fair share of metaphorical hats: the “mom” hat, the “wife” hat, the “army veteran” hat and, more recently, the “non-traditional student” hat. “I am not even gonna sugar-coat it, there is no way around it; it’s tough wearing all those hats, but it’s a challenge I enjoy and I look forward to.”

Duggan is hopeful for Afualo-Robinson’s future. “I don’t know what she’ll do in the future but she has lots of options and it will be nice to see her involved in developing the community someway either with her Economics and Business training or with her understanding of the social issues,” Duggan said. 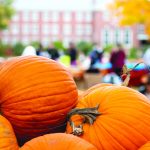 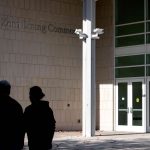