During the Reconstruction Era, which took place from 1863-1877, the emergence of laws that led to racial injustice in the United States until the mid-1960s took place. Known as the Jim Crow laws, these laws were officially implemented into American policy in 1877. These laws were put into place after the 13th Amendment to the U.S. Constitution, which guaranteed the freedom of four million slaves upon the recent ending of the Civil War. These laws were created to separate and divide the black and white races in the United States.

The Jim Crow laws were named after minstrel performer Thomas Rice. In 1828, Rice’s popularity grew as he had recently crafted a dance routine where he performed blackface. Rice’s character name was “Jim Crow,” and as he sang and danced, he performed in such a way that portrayed an old black man in ragged attire. In the 1830s, this character became incredibly popular amongst the public, and it was from Rice’s popular culture influence that the name “Jim Crow” would now be used to refer to African Americans in a derogatory manner.

Rice was not the only influence for the formation of Jim Crow laws. In 1865, shortly after the implementation of the 13th Amendment, the Black Codes were implemented. The Black Codes were a set of laws that restricted where these newly freed slaves could work and how much money they could obtain from working. The legal system in 1865 was in opposition to black citizens and expressed this opposition by having labor camps where black prisoners were incarcerated. At these camps, black prisoners were treated as if they were still slaves. The Black Codes were prevalent throughout the southern United States, most often seen as a legal approval to put negroes into indentured servitude, to strip them from their voting rights, to overlook where blacks lived and the method of travel they used and to capture negro children for occupational duties. The Black Codes were seen as the precursor to Jim Crow laws, which the American legal system put into legal practice 12 years later.

In 1877, Jim Crow laws were officially inbetted into American legal practice. This was due to the new ruling of the U.S. Supreme Court, which forbade American states from segregation within the transportation system. The Jim Crow laws supported the notion of “separate but equal” that was put into place through the U.S. Supreme Court during the Plessy v. Ferguson case in 1896. This notion of “separate but equal” stated that even though African Americans received services in different facilities from whites, these facilities needed to be of equal quality. However, this notion was not often fulfilled due to the fact that white facilities were usually of higher quality and cleanliness. Even though the particular practices of the Jim Crow laws had been on the minds of Americans since 1865, it was not until the 1880s that the term “Jim Crow” was officially used to refer to a set of laws that physically separated the African American race from whites.

This idea of “separate but equal” was a notion that stayed within the implementation of the Jim Crow laws until their banning from American legal practice in the mid-1960s. A prominent example of Jim Crow laws in action was how the Montgomery, Alabama bus operators dealt with bus seating during the early 1950s. Due to the Jim Crow laws, the bus operators were required to have black passengers sit in a separate section from white passengers. Upon boarding the bus, African Americans were directed to sit in the back of the bus. Their white counterparts would board the front of the bus. If a black passenger boarded the bus once all of the seats in their section were taken, he or she would have to stand. Even if there were extra seats remaining in the white section of the bus, the black passenger was not allowed to sit in that section.

From the 13th Amendment to the eradication of Jim Crow laws, American society underwent numerous legal changes in a span of just over 100 years. 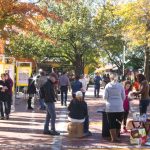