On Saturday, April 27, from 11 a.m. to 4 p.m., Campus Ecology hosted their annual Solarfest event in the Mabel Brown Room in the Lloyd P. Young Student Center.

Solarfest was initially planned to take place outside on Oya Hill, but was moved indoors due to the weather.

KSC sophomore and Campus Ecology member Jillian Duchesne helped plan the event and said it had a lot to offer to anyone willing to check it out. “This is Solarfest. It’s an event where we have live music, we have vendors, we’re giving stuff away for free… We have local people selling plants and everything,” Duchesne said.

For many students, the promise of free merchandise alone is enough to entice them to stop by.

First-year student Aiyanna Coulter said although the free stuff is what made her decide to go, she also recognized Solarfest is not just about getting a new t-shirt. Coulter said, “I think it’s important to support the Earth. It’s where we live. I think that’s a very big deal, especially with us about to go into the world and live our lives. I think it’s very important.”

In addition to spreading environmental awareness, Solarfest offered an opportunity for local bands to be heard including local band Afterimage.

Junior and film major Casey Daron is the bass guitarist for Afterimage. He said the band is comprised entirely of KSC students who met as first-years living in The Commons, a residence hall on campus. “We were, at the time, all music majors,” said Daron.

Although that is no longer the case, Afterimage has stayed together. “We’ve been a band for two and a half years now,” Daron said.

Daron’s bandmate and fellow junior Griffin Romprey said he thinks it is difficult for local bands to become well-known in the community. He said, “I feel like it’s hard. Nowadays there’s not a lot of incentive for local music…” Romprey added he appreciates that Afterimage and other local bands got to play at Solarfest. “I like the fact that they get live, local musicians to come out… I remember before they only had touring musicians, and that was cool, but it’s really cool for them to give us an opportunity,” said Romprey.

Romprey said it is important to remember the music is not the only thing that makes Solarfest great, but also the message being shared. “If you take the live acts along with the cause that they’re promoting, it’s a really good environment for everyone to be in,” Romprey said.

To anyone interested in becoming more environmentally conscious and involved, Duchesne said Campus Ecology is always open to new members. Duchesne said, “I feel like it’s very underrated, but it’s amazing, and it’s a great way to get involved on campus.”

Kalila Brooks can be 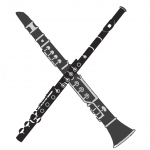 Filling the air with music Previous
Trespasser in L.P. Young Student Center Next 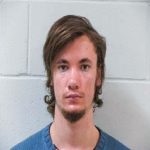