The air was clean, fresh, and cold

The kind of cold that creeps up on you

So you don’t know you’re not prepared for it

Until your nose is already numb and dripping

But the pale, full moon beckoned

So I ignored my unfeeling legs’ protestations

And stepped onto the pockmarked trail

Old, worn, and riddled with ice patches and holes

The crunchy gravel took me through the trees

Evergreen and darkened by night

And in the distance, the blackness of a mountain

Blocked out part of the sky

Leaving a space where stars should be

And, as though they missed their companions,

Yet they shone brighter, a brilliant white to compensate for the

I stopped my wandering feet when they stepped onto the

My bridge, surrounded by the metal skeleton of its predecessor:

Rusty, and patterned with rivets, rough and bumpy

But still strong, as though hoping one day it will again keep

To gaze at the small, partly frozen river ten feet below

Silver under the moon’s light and Orion’s gaze.

On the banks of the river dark patches blemished the blanketing

And my sigh of satisfaction fogged the air

As I looked at the lights which flashed a mile away

I had gone out to escape 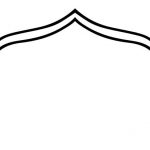 Hitting the Dance Floor: Part One Previous
Fighting hunger Next 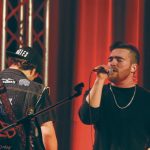