Around the Keene State College campus, departments have been operating without their full budget for fiscal year 2018 (FY18). However, departments are still able to access a small percentage of their budget, according to KSC Vice President for Student Affairs and Enrollment Management Kemal Atkins.

“Essentially…we’re making adjustments to our FY18 budgets to be aligned with our revenue projections,” Atkins said. “While we haven’t completed making the adjustments, departments have access to funds, a percentage of their funds, of what we expect their budgets to be until the final budgets are released.”

The decrease in budgets is to balance out spending with the current decrease in revenue, according to KSC Interim President Dr. Melinda Treadwell. “As we’ve been communicating to the campus, there is a structural deficit, a gap in the budget this year [FY18],” Treadwell said. “I had asked for us to make sure, rather than loading budgets and then cutting the budgets, that we would load a reduced budget.”

Treadwell said departments should expect a three to five percent decrease in their actual spending from Fiscal Year 2017 (FY17) that do not affect student instruction or experience. A decline in revenue, Treadwell added, is linked to a decrease in enrollment.

During FY17, the goal for enrollment at KSC was 4,200 undergraduate students. Treadwell said the current undergraduate enrollment is 3,733, which is “certainly too low.” Treadwell added she does not have a set number of students she is looking for KSC to reach in the future yet, but she wants to at least hit the goal of 4,200 that was set by the previous administration.

The committee will be created within the next week or so, according to Treadwell, and she will also be asking Student Government for nominees to add as student representatives. Treadwell said she intends to have her enrollment goal in place by November to “build our future enrollment cycles for not just next year, but the year after and the year after that.”

To increase enrollment, both Treadwell and Atkins have plans in place. Atkins said there are a number of things that go into increasing enrollment, such as sharpening KSC’s marketing efforts, making adjustments to financial aid to be able to support students financially with the “dollars that we have” and keeping students engaged throughout their enrollment and admission process.

Treadwell echoed Atkins and said as an institution, KSC needs to “target the yield percentage of students that are accepted.” Of the students who are accepted into KSC each year, Treadwell said not enough are being contacted afterwards to make them decide to become an Owl.

“[We need to be] getting students excited to see what a life at Keene State could be [like] because they are shopping and we have a lot of competition, but I think we have a lot to offer,” Treadwell said. “I think we lost our story a little bit and we need to regain it.”

While this financial situation is challenging, Treadwell added it is a necessary obstacle to face. “My major goal is to get a stabilized budget for the campus where we don’t run a gap between our revenue and our expenses,” Treadwell said.

Currently, departments have access to 25 percent of their projected budget, Atkins said, in order to operate until their full budget kicks in. “Departments submit their requests for expenditures and they get approval along the way,” Atkins said. “There’s spend controls in place so that we don’t move too far down the budget cycle with the expenditures before the actual budgets are released.”

Students should not feel the effect of having a limited budget, according to Atkins. “I don’t think you’ll find folks who are not being able to operate and that’s why the measure was put in place…the various departments can operate and make the expenditures they need to make in order to start the school year and continue to deliver high quality instruction and high quality experiences for students,” Atkins said.

Full budgets are required to be released by September 15, Treadwell said, but until then, departments have commented on how they are operating without.

KSC Biology Department Chair Dr. Karen Cangialosi said the process of requesting funds for her department has gone smoothly. “We did get permission to spend X amount of dollars to be up and running,” Cangialosi said. “I think President Treadwell really went through some good measures to make sure that happened for us.”

KSC Dean of Mason Library Celia Rabinowitz said while the financial challenges are occurring this year, it is not an uncommon process. Rabinowitz said she is entering her fourth year at KSC, and every year there has been budget adjustments, as well as before she became a part of the institution.

“I would say there’s some ways that we’re experiencing some of the effects, but we’ve been able to manage that, and I’ve worked really hard to manage that in such a way that right now, those effects are not…anything that you would likely even be aware of,” Rabinowitz said.

However, Registrar Employee Tom Richard said he does not feel this financial situation is common for KSC, and added he hasn’t seen anything similar to this in his 38 years as a staff member. This year’s budget woes, according to Richard, are “definitely a situation financially that’s not typical for a college.”

Currently, the registrar is unable to buy basic office supplies, such as pens and letterheads, Richard said. He added he is frustrated that the expenditure requests are a “rigorous process to get signatures and approvals above and beyond what you would ever do to in order to get something…It takes a number of people more time and energy to get multiple approvals to buy a box of X  when…we [should be able to] just do it like that.”

While some departments are more frustrated than others, Cangialosi said she thinks there is a bigger picture to the current budget challenges.

She said she understands the anxiety that most faculty and staff are feeling, but said she thinks it is “important for all of us as a campus to communicate to the public at large that what we are doing is really valuable.”

Cangialosi also said the money KSC needs should not be coming out of student’s pockets and needs to be gained from other sources.

“…the money has to come from somewhere, and, ultimately, we need more support from the legislature, from the government, the state government, to figure out a way to fund us because we are operating at a minimum right now,” Cangialosi said. “It’s been years of trying to cut everything that we possibly could, so at some point, the state will have to decide whether they want to have a Keene State College or not.”

Riley Hentschel can be contacted at rhentschel@kscequinox.com 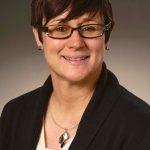 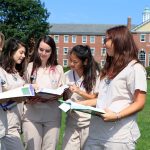