New edition to trilogy ‘is rotten to its core’

Once you glance over the often ludicrous dialogue, it becomes much easier to unveil “Fifty Shades Darker” for what it really is: a reprehensible romance that construes verbal abuse as a viable relationship practice.

Weary of letting the affluent Christian Grey [Jamie Dornan] back into her life, Anastasia Steele [Dakota Johnson] demands a drastic retooling of their relationship. Christian agrees to her terms, building the foundation of his reconciliation. As the sexually-adventurous couple begins to build a sense of trust, they’re confronted by ghosts of Christian’s past, threats that strive to tear them apart by any means necessary. 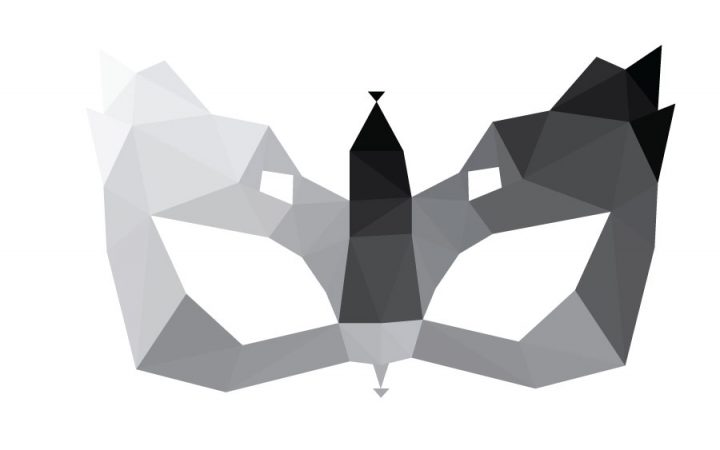 Ludicrous Dialogue Example #1: “I was trying to be romantic and then you had to go and ruin it with your kinky f—ery.” – Anastasia Steele

Erotica is meant to entice and arouse, and yet, “Fifty Shades Darker” is the antithesis of sexy. For a series that prides itself on pushing the boundaries of sexual exploration, it finds itself at ease within the familiar. God forbid they show Christian’s grey in the same film that blissfully voyeurs on Dakota’s johnsons.

Ludicrous Dialogue Example # 2: “I don’t know whether to worship you or spank you.” – Christian Grey

The entire objective of watching a romance blossom between two individuals requires one key element: chemistry; put simply, these two don’t have it. Jamie Dornan and Dakota Johnson reprise their roles as the seductive billionaire playboy and his subservient pet. The direction gives the assumption that Anastasia is the one who slowly gains control of Christian. Spoiler alert: she’s not.

As with most individuals that show startling signs of an abusive partner, the greatest weapon Christian uses is coercion, contributing a false sense of compliance. Within the opening five minutes, Anastasia forgives his stalker-ish behavior from the previous film, pretending as if none of his actions had ever taken place. After regaining her newfound trust, Christian delivers the following lines to Anastasia throughout the film (to name a few):

“For once, just do what you’re told!”

Doesn’t he sound like a charming fella? What makes this romance even more troubling is that any time Christian verbally abuses her, he flaunts his, “I was physically abused as a child; that’s why I say mean things to you,” sympathy card. Anastasia then promptly drops any and all concerns she may have had about his questionable behavior. Almost instantly, Christian preys on her forgiveness, using sex as a tactical aversion to shrug off any and all wrongdoings. Sadly, the exploitation of child abuse doesn’t quite stop there.

“Fifty Shades Darker” is rotten to its core. Narratively speaking, it doesn’t have a plot. A series of things just happen at pure random with no rhyme or reason; nobody is made accountable for their actions. And you know what the worst part is? Normalized domestic abuse has been distributed in theaters across the globe, packaged as a ‘cultural phenomenon’ that is sure to make plenty at the box office. Yuck. 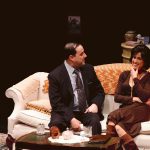 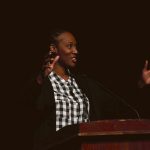