Remake of western classic smokes the competition with a bang

While Antoine Fuqua’s re-imagining doesn’t reach the cinematic heights of Akira Kurosawa or John Sturges, “The Magnificent Seven” is still an entertaining B-movie Western with a climactic shoot-out, you shouldn’t dare miss.

Oppressed by the ruthless industrialist Bartholomew Bogue [Peter Sarsgaard] and his men, the people of Rose Creek conclude that they’ve had enough. Emma Cullen [Haley Bennett], a recent widow, acts on the town’s behalf, searching for bounty hunter Sam Chisholm [Denzel Washington]. Sympathetic to their cause, Chisholm accepts but recognizes his inability to act alone, rounding up a diverse army of men spread across the territory:

Josh Faraday [Chris Pratt] – Gunslinger with a heart of gold. 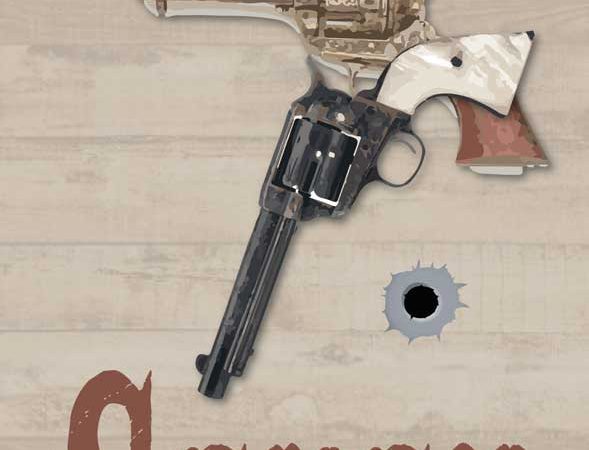 Jack Horne [Vincent D’Onofrio] – Gargantuan tracker with an axe at the ready.

As the seven men come to appreciate the people of Rose Creek, it becomes increasingly clear that while many will be slaughtered by Bogue’s approaching squadron, they’re prepared to lay down their lives if need be, a magnificent sacrifice if you will.

A remake to a remake of a cinematic masterpiece; doesn’t that make your head hurt? How does one follow in the same footsteps as Akira Kurosawa [“Seven Samurai”] or John Sturges [“The Magnificent Seven” (1960)]? Well, it’s simple. If it ain’t broke, don’t fix it.

Director Antoine Fuqua offers a well-meaning send-up to the ensemble Western with an exciting remake that’s better than it has any right to be. Despite a limited resurgence, the Western remains a genre that’s since faded out of the public consciousness, but if you add Hollywood A-listers [Denzel Washington and Chris Pratt] into the melting pot, you pique their curiosity.

While “The Magnificent Seven” adheres to familiar cliches of the Hollywood Western, it rarely feels lazy or uninspired, but rather, caring and self-aware. A group of cowboys are hired to protect a small-town setting with a cold-blooded antagonist looming on the horizon. We’ve seen this take place time and time again, and yet, there’s a special charm in its simplicity.

Much like its predecessor, “The Magnificent Seven” clusters a group of the biggest names in Hollywood, as well as a few new faces. The main difference is that this rogue group of sharpshooters are equally diverse in terms of character and ethnicity. In an era where racial prejudice runs rampant, an assemblage of such a diverse team offers a glimmer of hope of what we can strive to be, to work together in unity. Only when the team comes to an understanding, do they fully grasp the gravity of their situation.

With all that said, these are not complex characters (for the most part), they’re the masculine actions heroes of the wild wild west and that’s perfectly okay. However, some of their actions are questionable, which can lead to some overly violent moments that feel out of place within its environment. But much like dealing with a child, it’s difficult to stay mad at them for too long, especially if that child is the lumbering Vincent D’Onofrio or the smarmy Ethan Hawke.

On a side note, it was refreshing to witness a tough, determined female protagonist [Haley Bennett] embodying a character than being regulated as the love interest. Emma Cullen doesn’t have time to bat her eyes, she’s too busy getting in on the action, defending her town and the people in it.

In layman’s terms, when Bogue and his men ride into town, he’s up a certain creek without a paddle (or so you think), culminating in a magnificent 40-minute climactic shoot-out with some of the best action cinematography of the year.

No shakiness to be found, it must be some sort of miracle. The camera follows the action instead of the action becoming the camera. Everything is clear and in focus, offering a grand scope to the grandiose battle for Rose Creek, all while the legendary James Horner (R.I.P) offers a triumphant score to accommodate the final stand.

With a tighter screenplay and a half-hour shaved off, “The Magnificent Seven” would have left a bigger impact but alas, Fuqua suffers from his greatest opposition – pacing. At 134 minutes, the steam starts to wear off well before the twitchy Peter Sarsgaard returns for the climax.

It’s only in those final moments where the film charms you with what it intentionally promised. It’s no “Seven Samurai,” but what is anyway? 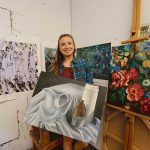 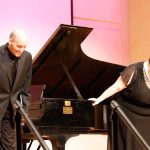