What makes a film scary? Is it something that erupts from the shadows or something that evokes fear by its very existence? In an age where the jump-scare film is a common occurrence, this is a question that should be taken seriously – what is real horror? You’ll hear it over and over from me that I am a sucker for slasher flicks that make no sense, but they don’t elicit genuine frights. First-time Director Robert Eggers’ “The Witch” understands true fear.

New England, 1630 – Ostracized by their community, a Puritan family [Ralph Ineson, Anya Taylor-Joy, Kate Dickie, Harvey Scrimshaw, Ellie Grainger and Lucas Dawson] is driven from their home into exile. With this adjustment, the family looks ahead to begin life anew. With the sudden disappearance of the youngest child, the family spirals into a web of fear and paranoia, insinuating that there may be a malevolent force at hand, lurking in the woods.

A24 Films has a knack for releasing some of the best independent features in the past few years due their diverse selection, and “The Witch” is no exception. The ambiguous teaser trailer promised a quiet, yet harrowing folk tale about the New England obsession with witches, and boy did it deliver. This is what true horror is made of. 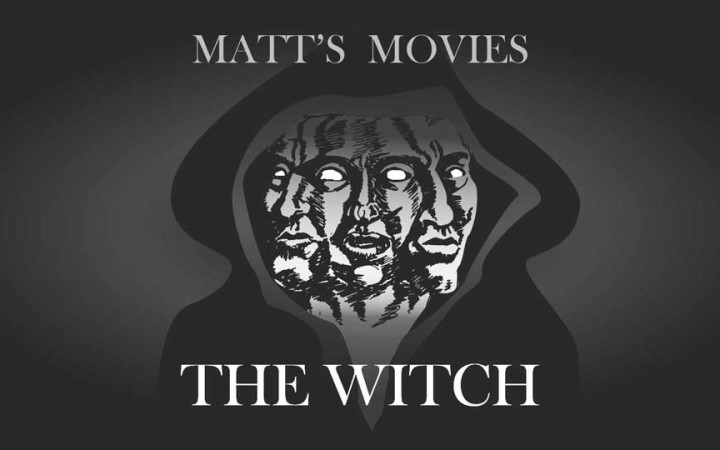 Religion and the concept of sin are the main themes throughout this atmospheric masterpiece. Once this family is excommunicated by the church, they’re left to fend for themselves where an even bigger threat awaits them. Even when they raise their hands together in harmony, hopeful of the future, there’s an overwhelming sense of dread, knowing that they’re walking into the depths of darkness.

Jarin Blaschke’s stark, bleak cinematography emphasizes the bitter living conditions during the seventeenth century in a distressing manner. The lighting forbids the family from having any bright spots in their life as they’re always surrounded by the fear from beyond. Because of this, you’re watching a suspenseful slow burn of this family’s psychological breakdown. Around every corner is another conflict that tears them apart because of the paranoia brought on by a cryptic witch.

Despite the title, the focus is not on the witch herself, but rather the damages she causes among the family’s psyche. She lurks among the forest, remaining in shadows unless need be.  Too much exposure of the main threat could have undermined what the film was aiming to be, but her use is handled responsibly.

While we’re observing this family, the dialogue is sparse with a twist. Eggers studied journals from the period and crafted the script around what would have been heard at the time. For example, instead of a character saying “Don’t lie to me,” you would hear “Lie not to me” and so on. As with the works of Shakespeare, some of the delivery may alienate mainstream audiences because of the complexity behind it. But I implore those who can to challenge themselves with the language.

As difficult as the dialogue can be, “The Witch” relies on visuals to tell its story. Using only one effective jump, the true scares come from the incredibly unsettling imagery brought on by the family, especially through Anya Taylor-Joy, a true feminist-horror protagonist. Her reaction to the harrowing events that unfold leaves you in a vulnerable state of unease. Her expressive eyes tell more than words ever could.

Sitting in the theater, I was unaware as to what the climax would entail, and what I witnessed was one of the most unnerving horror endings in recent memory that stuck with me for days on end. Thinking about it now gives me the chills. That’s the sign of a filmmaker who understands that the little things that go bump in the night can leave a long and lasting impression.

“The Witch” is a distressing horror-drama that dares its audience to think outside the box and take on the plight of this family’s pain and suffering. Much more could be said about the technicalities, but, other than what I’ve said here, it’s best to leave it up to the audience to experience for themselves. With directors in the vein of Robert Eggers running around, I’m hopeful for the future of the genre that holds a special place in my heart. 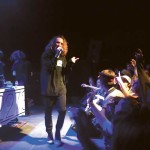