We live in an incredible age. The superhero genre thrives with booming success, allowing comic book fans the opportunity to see their favorite characters represented on the big screen. Marvel Studios consistently releases one exciting property after the other. About three years ago, DC had yet to make a move, leaving many to wonder when and how they were going to join the comic book movie boom.

In 2013, “Man of Steel” was introduced as DC’s first outing in their new cinematic universe to mixed results. Critics and casual fans (myself included) were conflicted as to whether this was a proper building block for the upcoming slate leading to the eventual “Justice League” film. Every misstep taken in “Man of Steel” could be easily corrected with a follow up that could balance characterization and action. Three years later, here we are. “Batman V Superman: Dawn of Justice” has now come to theaters across the globe, ready to jump start a “promising” new franchise.

“Man of Steel’s” climax saw the destruction of Metropolis caused by Clark Kent/Superman [Henry Cavill] and General Zod [Michael Shannon] in a reckless battle of the Gods. Meanwhile, billionaire Bruce Wayne/Batman [Ben Affleck] happens to be in the city at the same time, and is watching the destruction around him caused by the Man of Steel. Feeling uneasy about the alien from Krypton, Bruce is motivated to formulate a solution to bring Superman down to humanity’s level. Get ready for the fight of the century between God vs man. Who will win? 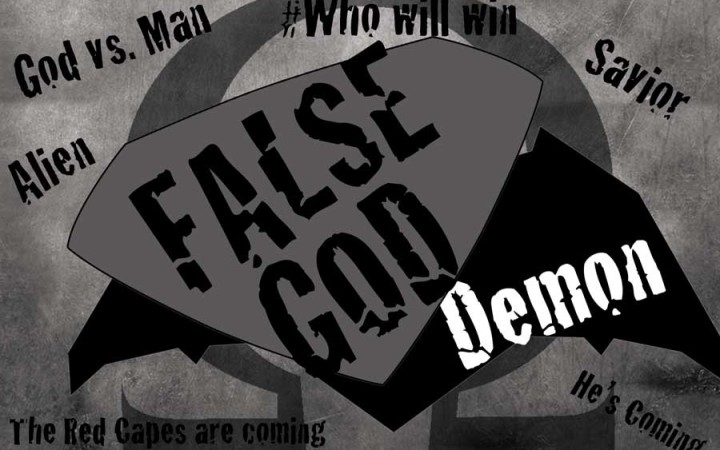 A simple plot should be concise and comprehensible. But unfortunately, with “Batman V Superman: Dawn of Justice,” there is not a single plot, but many plots. Opening on yet another tacky interpretation of the Wayne murder, the two and a half hour running time scrambles from scene to scene with its head chopped off, not sure of its next destination.

“Batman V Superman” should be the main focus, since it’s what most people are coming to see; give them the fight of the century that comic book fans have been waiting for since their encounter in Frank Miller’s graphic novel “The Dark Knight Returns.” As for the fight itself, it’s an incredible sequence, albeit a little short. In this scene, Batman and Superman turn their anger toward one another in a showdown that makes pay-per-view fights seem amateur by comparison. Sequences such as this gave me a sense of excitement and, with this new interpretation of Batman, how could you blame me?

Ben Affleck received nothing but scorn for being cast as the Caped Crusader, but, after seeing what he’s capable of, I can definitively say that Batman (with notable flaws) is the best aspect of the entire flick. We’re introduced to a grizzled, experienced Batman, a vigilante that’s been around the block for quite some time now. Along with the perfectly casting of Jeremy Irons as his faithful butler Alfred, the two make a great team, which ensures that a promising stand-alone film is on the horizon. Affleck knows how to differentiate the characters of Bruce Wayne and Batman as separate entities.

However, there’s one issue that may rub some people the wrong way. Batman is a dark personality with a moral center. This ensures that he doesn’t go too far and embody the villains he takes down on a constant basis; that ideal is thrown out the window considering he now murders his enemies. A moral code makes the character of Batman who he really is. Knowing that this interpretation of the character is at a much more mature stage in his life, it could have made for an interesting character study if they addressed his executions. But, as I came to find out, understanding character motivations is the last thing on Director Zack Snyder’s mind.

“Man of Steel” blew its chance to understand how Clark Kent’s boy scout personality ultimately shapes his persona as Superman. With “Batman V Superman,” that opportunity is also wasted, which renders Superman a dull, interesting drone with no moral compass, who repeats such lines as “If I wanted it, you’d be dead already” and “Consider this mercy.” Doesn’t this remind you of the Superman many strived to be as children? None of this is Henry Cavill’s fault because his range paints a different picture; it’s the hackneyed writing that does a disservice to the character. Sadly, Clark Kent is not the only character devoid of individuality.

When she’s on the battlefield, Wonder Woman [Gal Gadot] shines, but her line delivery could use some work. Now that I think about it, she could easily be edited out of the film and it wouldn’t make much of a difference. Her presence to begin with is weak and meant to serve as setup for the larger picture, which I’ll get into later.

Speaking of characters that could be edited out, here comes not the fearless female reporter Lois Lane [Amy Adams] but rather the restricted, damsel-in-distress Lois Lane. Under the right circumstances, Amy Adams would make a fantastic Lois, but Snyder and Co. give her nothing relevant to do, which depicted her as a useless character that must be put in peril at every corner so Superman can save her. It’s not a good time to have such a weak female character–in an era where Rey (“Star Wars: The Force Awakens”) and Furiosa (“Mad Max: Fury Road”) are glowing examples of how to do it right. Adams is a prime example of great casting ruined by terrible writing.

On the other hand, Jesse Eisenberg is a prime example of disastrous casting made even worse by terrible writing. Oh how do I explain Eisenberg’s portrayal of Lex Luthor? It was as if Zack Snyder saw Jim Carrey’s Riddler in “Batman Forever,” kept the overly goofy personality and replaced the dialogue with pretentious drivel that makes someone sound smarter than they actually are. Imagine a child that thinks he’s an adult because he knows big words. Just because he knows the words doesn’t mean that he understands them.

Subtlety is the last thing on Eisenberg’s mind as he produces a performance so horrifically atrocious it’ll be long remembered as one of the worst screen antagonists in recent memory. I would laugh at the sheer incompetence of the screenwriters, that is, if it weren’t for the wasted potential staring them right in the face.

“Batman V Superman” is an unfocused, incoherent mess that can’t choose one plot and stick to it. Does it want to be a movie about Batman having a beef with Superman, Batman and Superman with Lex Luthor as the villain or the formation of the Justice League? The narrative is inundated with three to four mini-plots that do their damndest to loosely come together by the end and hope nobody will notice. Well, here’s some bad new for you — I noticed. Sequences that would be exciting in any other film are forcefully crammed in truly inappropriate places, which disrupts the flow of events. Snyder is more focused with setting up the universe than focusing on the task at hand, which results in a sloppily edited wreck.

If the tone doesn’t fit right with the story or its characters, then it’s time to try something different. It didn’t work well with “Man of Steel” and it sure doesn’t work here. Producing darker stories can prove to be effective, which helps DC distance itself from Marvel; while Marvel fuses heavy themes with bursts of humor, the DC Cinematic Universe is a grim, unpleasant environment. Levity is kept at a minimum. Trying to maintain the overly dark and gritty spirit that clearly doesn’t work for this universe. God forbid a superhero flick has any semblance of fun.

For every action sequence that’s decently paced and well shot, there’s always one with incomprehensible shaky cam and drab cinematography. By the time we get to the needlessly complicated CGI eye sore that is the fourth act, Snyder empties his tool box and throws everything he can onscreen whether it looks good or not.

As much as I detest “Man of Steel,” I walked into “Batman V Superman: Dawn of Justice” hoping that DC would learn from its past mistakes and give us something we’ve never seen before. To my utter disappointment, style won out over substance, which generated a superhero film that’ll be used as an even shakier foundation for DC’s upcoming universe. 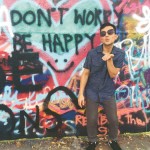