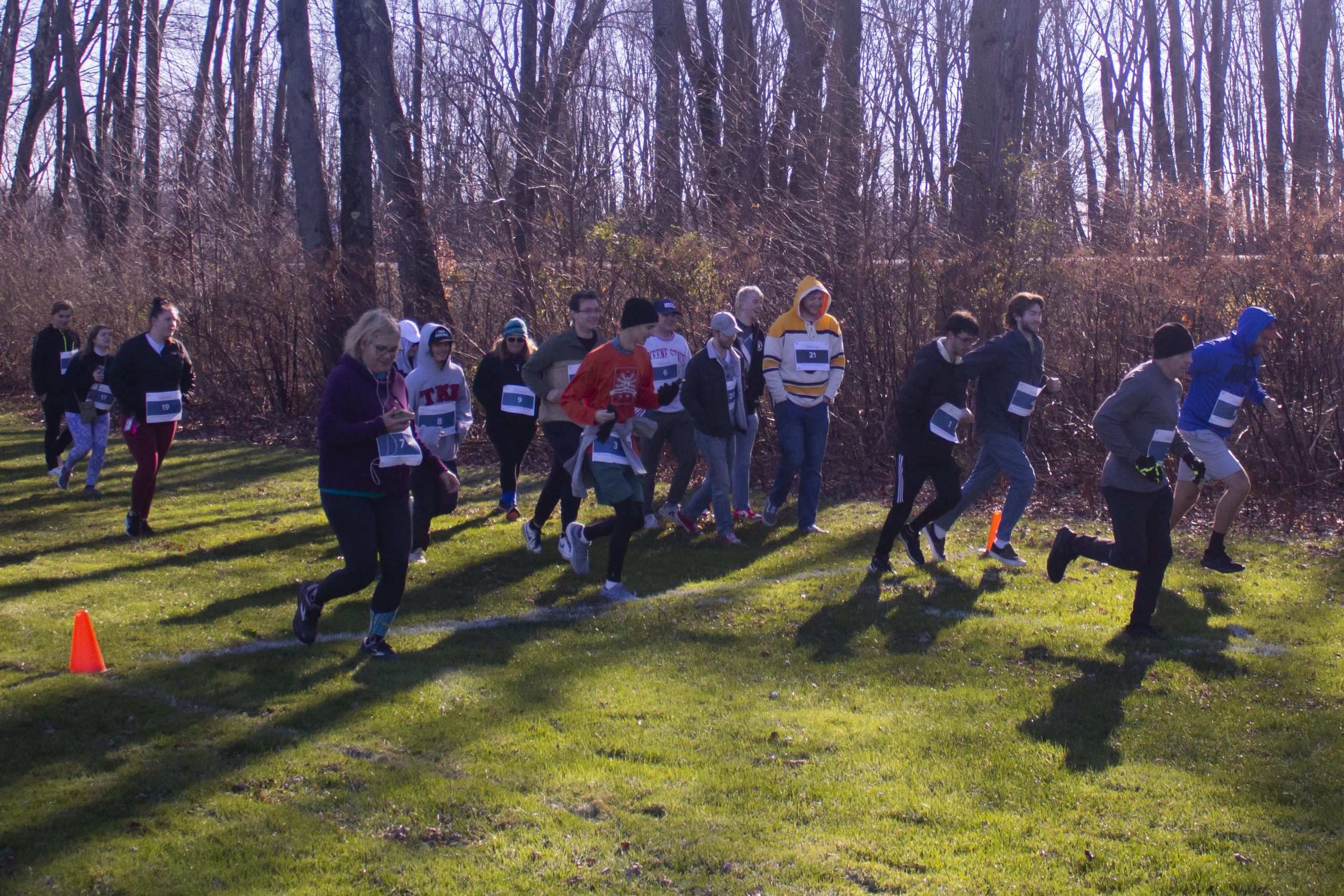 Participants lined up at Joyce Athletic Field for registration, and they were asked to pay a minimum fee of $19.13 to enter the 5K — a number to honor the year of the sorority’s founding, 1913. The 5K is also a tribute to Founder’s Day, an occasion celebrated by all Greek organizations on campus. Other donations could be added.

For this particular 5K in partnership with Wheelock, all money was put towards grants to support school and college readiness, according to the Theta Zeta Chapter’s website.

Participants then proceeded to the start line, where the race kicked off. With only a few minutes in delay, they began their run. Meanwhile, at the finish line, President of the chapter Jessica Lawton was stationed at the finish. “The race began about five minutes ago, so we only have a little bit of time to get everything set up here,” she said.

In a slight moment of calm, Lawton explained the origin behind the 5K. “Our headquarters actually came up with the idea for Founder’s Day,” she said. “But because of COVID, for a while it didn’t have the merit it could have. Now that things have opened back up, we are able to do a lot more fun stuff.”

The changes in the scale of the race were not the only exciting aspects to Lawton, as she shared their biggest news. “This is our first time having a partner school, and everything we do [philanthropically] is to support them. It’s so exciting to see all of the money put to use,” she said.

As sisters from the chapter anxiously waited at the finish line, pop music blared in the background to announce their location for the racers to find. Partway through her interview, Lawton was informed that racers were soon to be entering the final strides of the 5K. With this, the music was turned up, and pom poms appeared seemingly from nowhere. Lawton explained to the few sisters there that the majority of the other sisters that had stationed the start line would be arriving soon.

“This is a big day for Greek Life, and a lot of events are happening today for Founder’s day. Another philanthropy event going on is the DPhiE Iris Icon tonight,” Lawton shared.

The excitement about the purpose of these events was clear as sisters worked to quickly set up water and decorations for the racers to see as soon as they turned the corner onto Appian Way. What better way to celebrate Keene State’s Phi Sigma Sigma chapter than to conclude the race on the famous path? 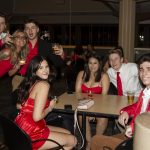 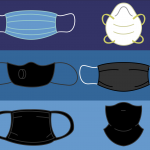