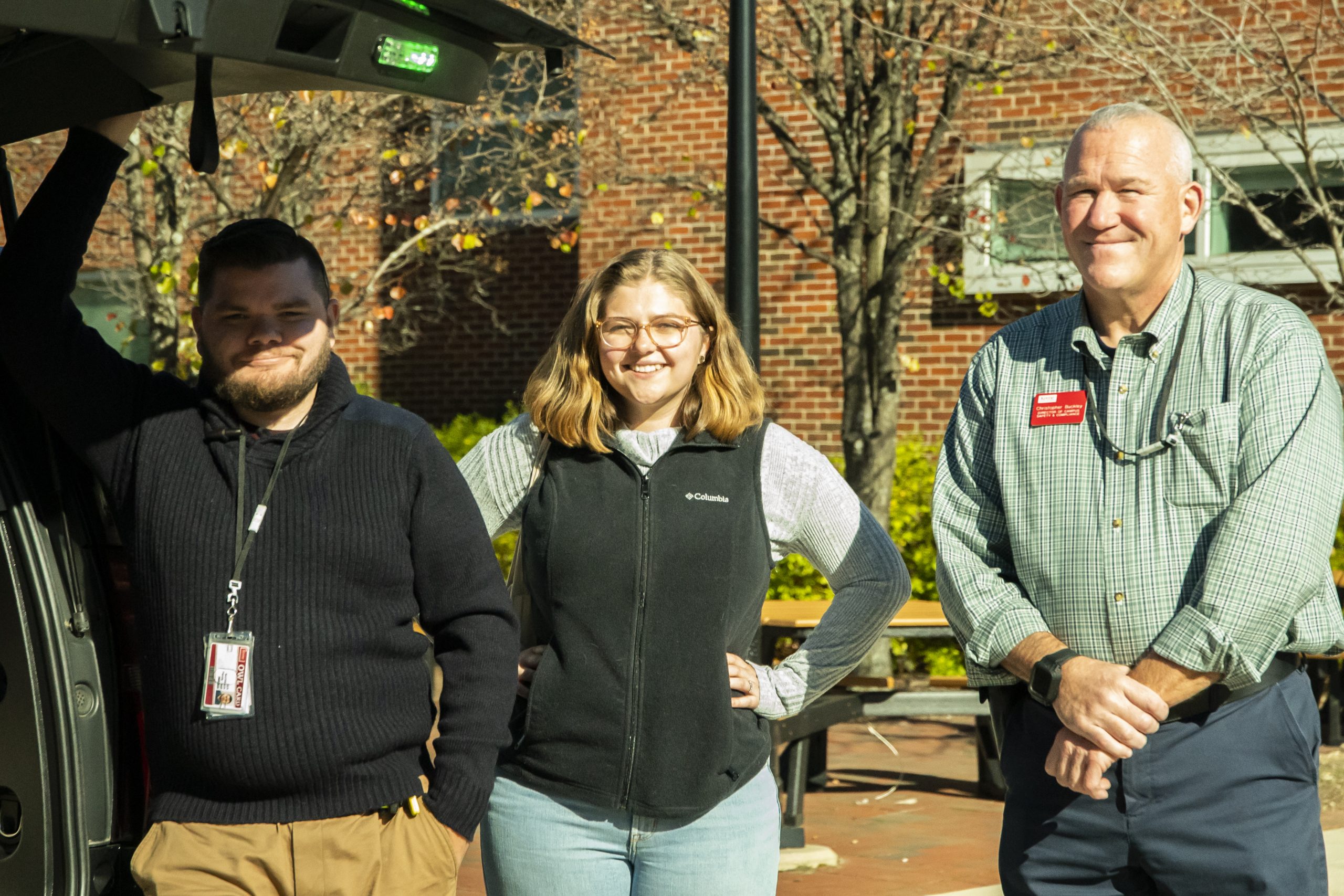 “Human Resources at Keene State has always done some type of food drive, whether it be baskets around campus, and then with COVID they switched to gift cards, and then we had reached out this year because we were like, ‘Hey, we want to do stuff the cruiser,’ you know like fill the trunk type thing,” he said.

He continued, “A lot of agencies around the area do that and it’s just a good way to give back to the community. We reached out to them and they were like, ‘Yeah, that would be awesome, let’s partner together, they’ll do the gift card side of the house and then we will do the actual food donations.’”

“I enjoy giving back to the community,” Matheson explained, “I live in the Keene area, so it kinda makes sense and it’s nice for the campus to give back, especially to the greater Keene area cause obviously if you think about it, having a greater institute of higher education in your community can obviously drain your resources, so it’s a nice way for campus to give back,” he said.

“It’s a general nice thing to do for the holiday season because we have people who are struggling to make ends meet, you know get food on the table and that thing, so if we can help lessen their burden and give back to the community, that’s always what we want to do,” he said.

Molly Callaghan, a student worker for the parking office who was working at the event, said, “I really do like to give back to the community. I don’t just go to school here, I don’t just go to campus at Keene, but I am part of the Keene community as the school is part of the Keene community.” “We all walk in and, instead of being Keene State Owls, we are Keene residents at the same time, so giving back and having the chance to give back in any support we can is really nice,” Callaghan said.

Christopher Buckley, the director of Campus Safety and compliance, said that he gives his support for the event and that he thinks it’s great.

Michael Gomez, a Campus Safety officer, said, “We all support each other, so when they needed signs I was running over with signs to put up, we help each other.” He added, “If there was something they needed or we needed more boxes for something, we are all committed to the same goal of helping each other, and being better partners here at Keene State.”

Matheson said he was pleased with the event with staff and faculty dropping stuff off throughout the day and some students asking about the event.

He continued, “It’s been really awesome seeing the generosity of the community coming forward and coming out.” 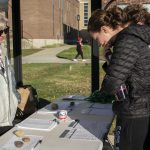