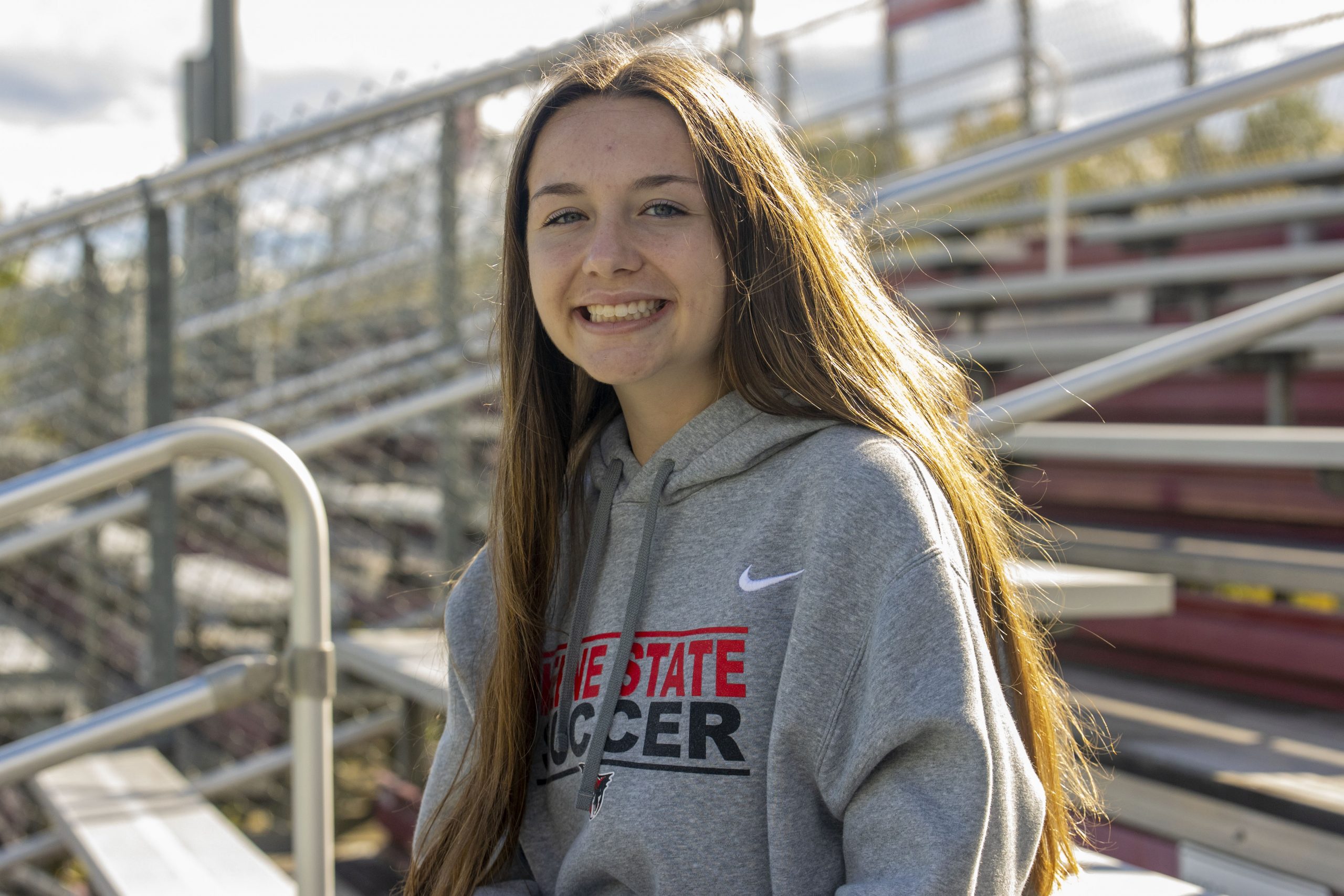 As she prepared to enter college, Elizabeth Kopicko said she was unsure if she wanted to continue playing soccer.

However, after committing to Keene State College, she ultimately decided to stick with it and play at the collegiate level. “I really liked the coaches here, and I liked the campus and I liked the athletic facilities we have here,” said Kopicko, who is majoring in secondary education and history.

Now in her junior year, the Nashua-native plays midfield for KSC women’s soccer and is on an upward trajectory, with six goals under her belt so far this season.

In a match against Elms College on Sept. 17, Kopicko scored the game’s only two goals off corner kicks, helping the Owls take home a 2-0 win. The following night’s game against Husson University saw a similar outcome — Kopicko was the Owls’ sole scorer, securing a 3-1 win.

Like many players at the collegiate level, Kopicko got her start in soccer at an early age. She said she was introduced to the sport after her parents registered her for her hometown’s recreation leagues. When her interest started to fade, she said her father encouraged her to continue playing. She said she is thankful for that push to keep going, as soccer soon became an important outlet for her.

During her time playing soccer at KSC, Kopicko said she wants to challenge the notion that growth stops as a person becomes more experienced in their sport. “Some people kind of think once you get to college, or even high school, you don’t improve as a player,” she said. “That’s something I’ve learned here. You can still get better even if you’re getting older.”

This dedication to improvement has not gone unnoticed. Women’s soccer Head Coach Sarah Testo said she has seen a heightened sense of commitment from Kopicko this season, always showing up focused at practices and wanting to help the team succeed. “She’s more driven than I’ve ever seen her this year,” Testo said.

Testo noted that while Kopicko has high expectations of herself, she said this has translated to improved and focused game play. “I also think that her being hard on herself has made her elevate her game and made her the player that she is,” Testo said. Kopicko said her time playing with the Owls has been a positive one, comparing the experience to the upward ride on a roller coaster. “Not one that has bad ups and downs,” she said. “It’s kind of like a roller coaster that just keeps going up, up, up, up. It’s been getting better and better and better.”

As the team advances through their conference play, Kopicko said she believes women’s soccer has a shot at making it to the LEC semifinals.

“We do have a lot of potential,” she said. “So we just have to go out on the field and just prove that we do have the potential.” 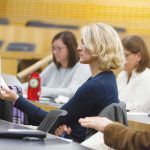 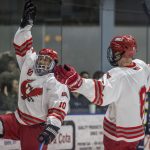