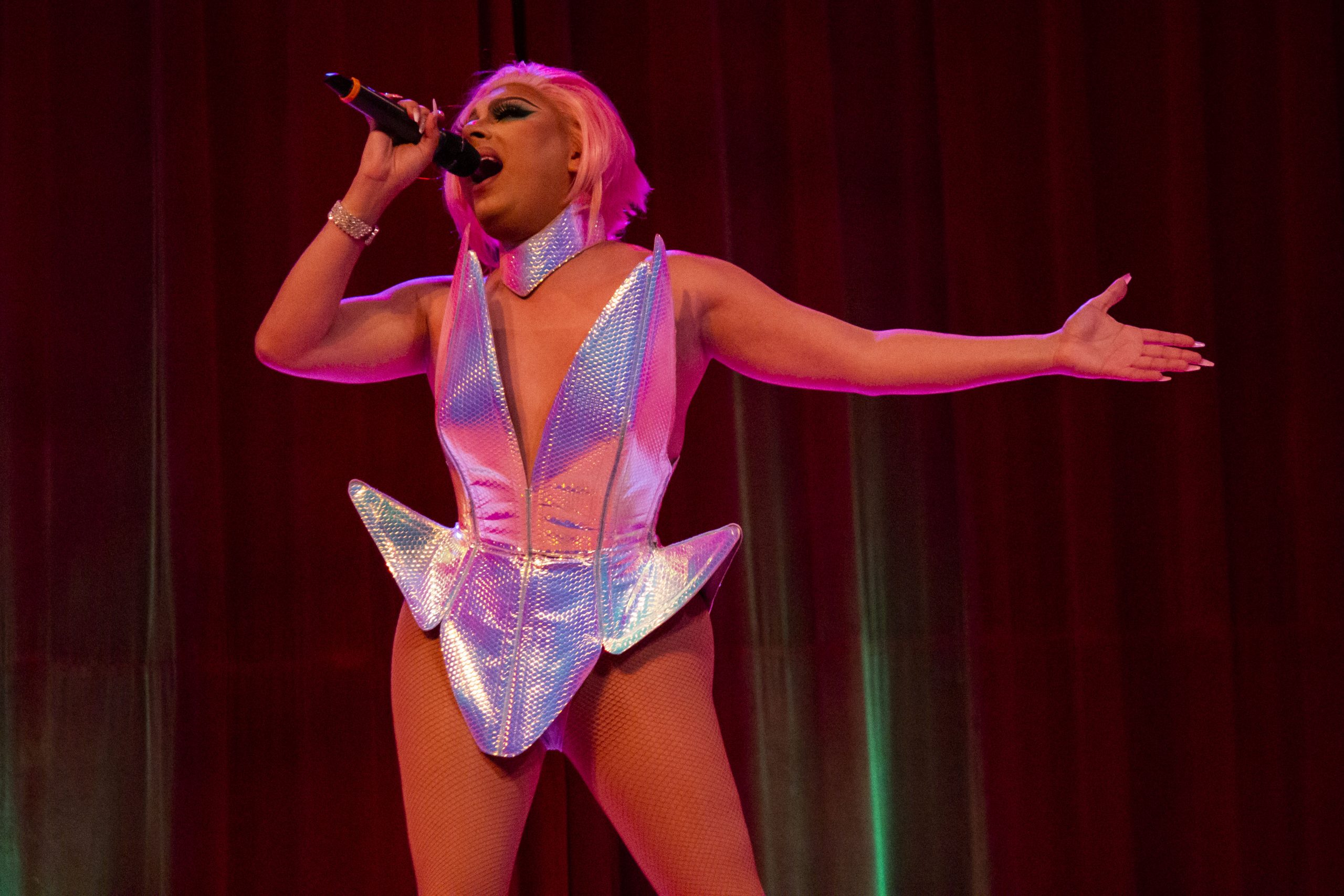 Hosted by Social Activities Council (SAC) and KSC Pride, the show was held in the Mabel Brown Room from 8 p.m. to 9:30 p.m.

The first half of the event featured  performances by drag queens Salina Estitties and Castrata. The second half featured a Q&A session for students to ask the drag queens  any questions they may have.

Castrata interacted with the crowd by walking up and down the aisles while singing and dancing.

Estitties followed with her performance of lip syncing to mixtapes.. Estitties was also walking  up and down the aisles interacting with the students.

Additionally,  Estitties asked one student to come up and help her with her performance by having them wave a paper fan at them when she came up to the edge of the stage.

After the performances were over with, the two sat down for a Q&A session to help educate students on what drag is and their perceptions on drag. Students were able to submit questions through the SAC Instagram page beforehand.

The Q&A was led by sophomore Ashleigh Moroni, entertainment coordinator for SAC. One question she said was popular was what pronouns to use when referencing Drag Queens.

In response, Estitties said, “When I’m in drag, you can’t tell me I’m not a woman.”

“At the end of the day, we’re just trying to spread our message, which is love,” Castrada said. “I really discovered my full power doing drag.”

First-year Drew Sheehan attended the event and enjoyed the night.“The energy was so good,” said Sheehan. “I didn’t know much about drag, but seeing it is like a whole different thing.”

Moroni said that SAC saw the rise in popularity with drag shows and they decided with KSC pride that they wanted to bring one to KSC.

“It’s something that would be unique,” said Moroni.

Moroni said that SAC and KSC pride wanted to emphasize the educational aspect. “We wanted to give [the drag queens] a chance to share their story, for students to ask questions in a respectful and appropriate manner,” Moroni said.

“It’s one of those things where if we kind of bring it out more, especially with young people on campus who haven’t really been exposed to that, showing them it’s not what you think it is. It’s not this kind of stigma that there is around drag,” said Stearns. 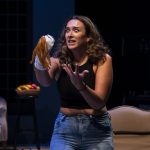