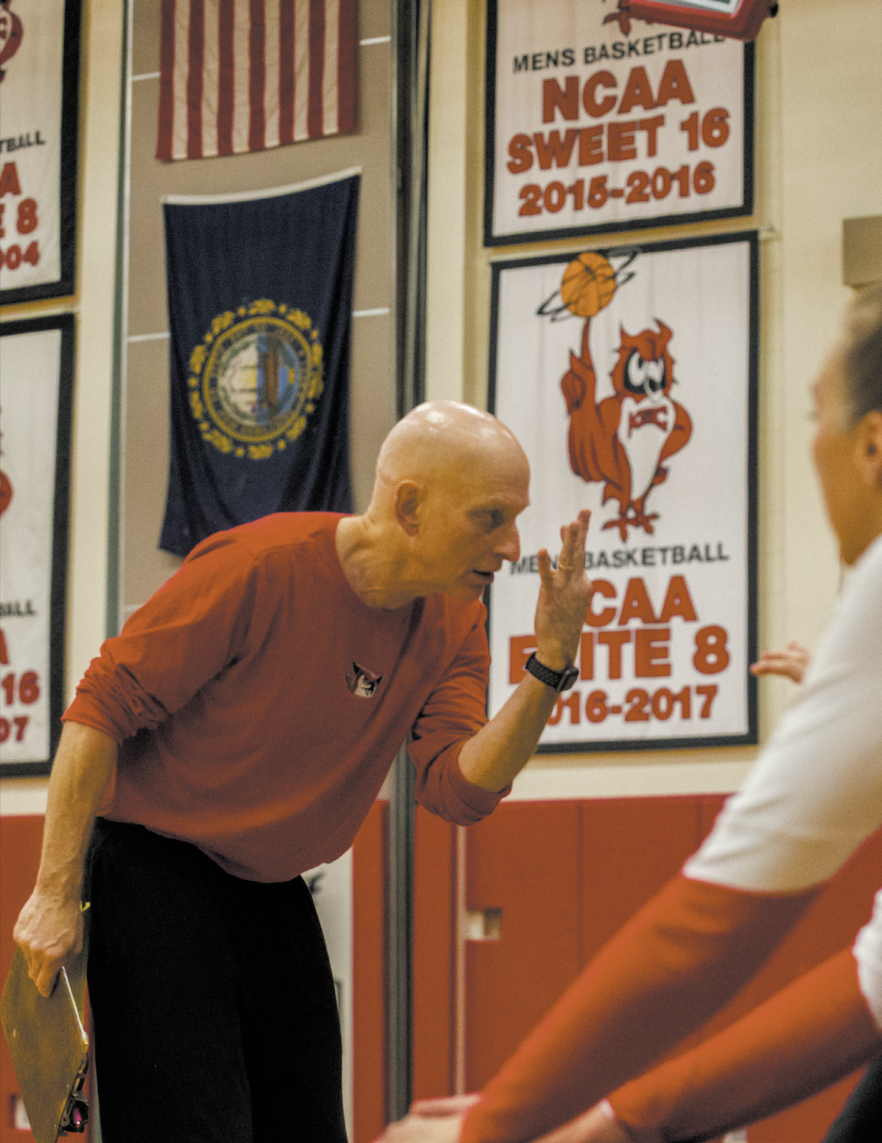 Robert Weiner, KSC women’s volleyball head coach, had more to celebrate than just a win following the team’s match against the University of Southern Maine on Saturday. The match earned Weiner his 600th career win — a milestone he has been thinking about all season.

“I don’t think I’ve processed it fully yet,” he said. “It’s been in my mind for so long and now that I’m here, it’s like, this is weird.” In the moments leading up to the conclusion of the match, though, Weiner said he had forgotten about the possibility of reaching 600 wins that night. He said he was “laser- focused” on the game, hoping to secure a win in the Owls’ second to last round of regular season play.

“It was completely out of my mind,” said Weiner, who is now in his 18th season with the Owls. “The other 599 matches were gone, because I was thinking about the one.” The team took advantage of their coach’s occupied mind and devised a plan to surprise him for the 600th win. They joined together to make the occasion special, giving him a card and a signed photo of the team, according to junior libero Reagan Fleming.

Fleming said the team went into the match focused on helping their coach reach that milestone win. “We found out on Wednesday that he needed one more win,” she said. “So we were like ‘we have to get it, we have to win.’”

After the end of the fifth set, Weiner did not have much time to process the occasion before the team began to celebrate his achievement. It dawned on Weiner that he reached his goal after the team circled around him after the match. “We’re shaking hands with people and all of a sudden, my team is all around me screaming,” Weiner said.

He is the 16th active Division III women’s volleyball head coach to reach 600 wins and the 54th of all time, according to the Keene State athletics website. 359 of these wins have been during his tenure at Keene State. Fleming said Weiner brings a personable energy to the program, always cracking jokes and providing a positive outlook even in the event of a loss.

“If you sit down in his office [and] just ask him a five minute question, you’ll be down there for an hour and a half just chatting,” she said. “He can talk to anyone about anything.” When The Equinox interviewed Weiner about his 500th career win in 2016, he outlined specific plans for the day he reached 600. “I’m giving my clipboard to my assistant and I’m going out and having a cold one,” the article reads.

He did not follow through on this plan, though he admitted with a chuckle, “I might have had a couple glasses of red wine Saturday night. It’s very possible.”

He has led the Owls to several program- firsts, according to the athletics website — including their first Little East Conference (LEC) championship appearance during his inaugural season in 2005 and LEC regular season title in 2007, and a first ever Eastern College Athletic Conference (ECAC) title in 2010.

However, he said he does not plan to go anywhere any time soon.

The road to 600 wins has been in the works for a long time, and now that he has reached it, he is looking ahead to the next benchmark.

Rather than focusing onca specific number of wins, however, Weiner said he hopes to coach the team to another National Collegiate Athletic Association (NCAA) tournament appearance before he retires —ca feat KSC women’s volleyball hasn’t achieved since 2008.

With his latest milestone looming, Weiner said he  calculated how many players he’s coached throughout his 34-season career, landing at an estimated 700 women. He credited this milestone to his players, past and present.

“They’re responsible for this, it’s not me,” he said. “I’ve just been really lucky. It’s based on my players.”

Caitlin Howard can be contacted
at choward@kscequinox.com

0Shares
0 0
Album review: ‘Midnights’ Previous
‘She hit every point’: The perfect match for KSC... Next 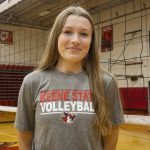