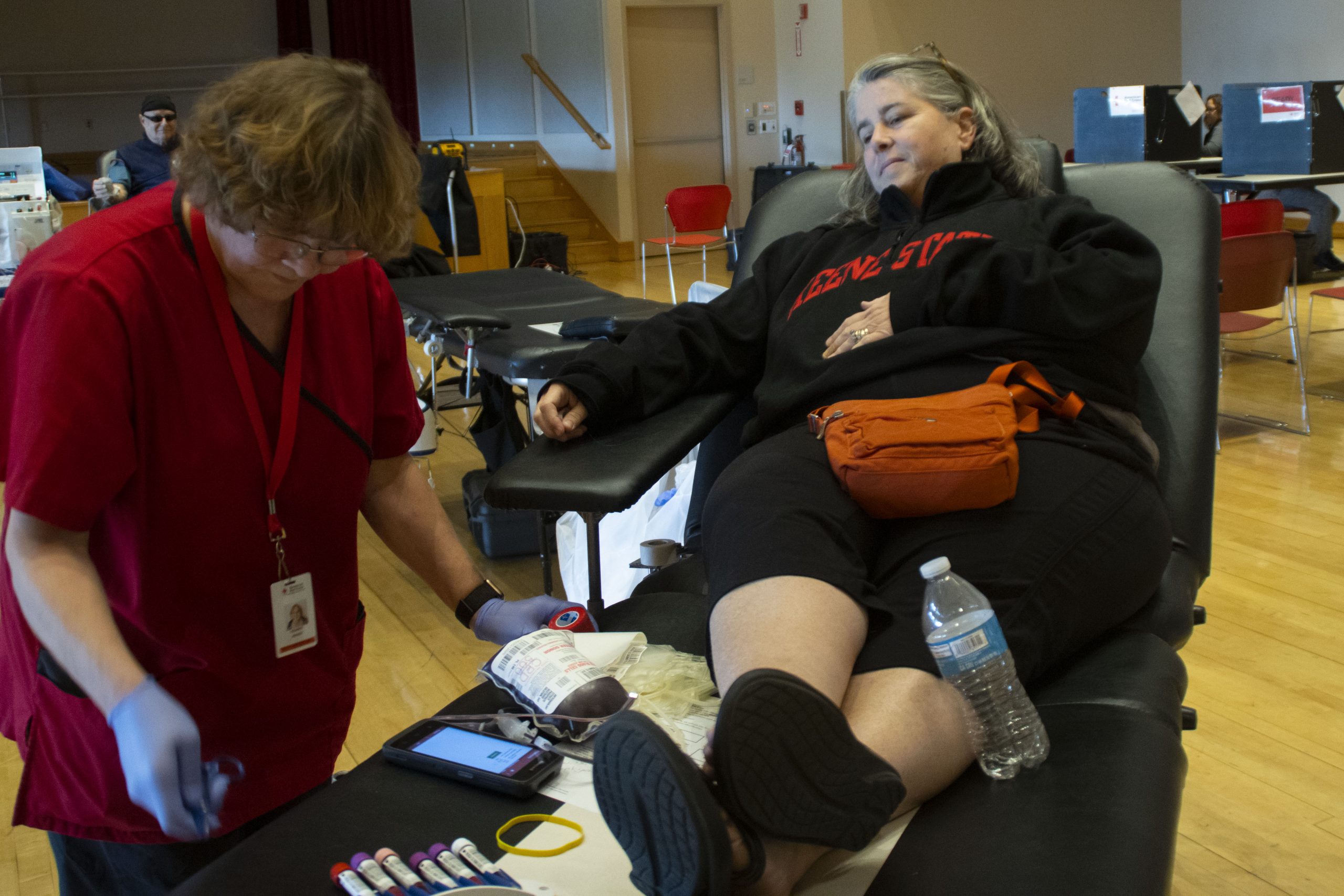 KSC Students came by the Mabel Brown Room in the Student Center to donate blood for patients in need.

The Red Cross comes to Keene State around 5-9 times a year, according to director of student involvement Jessica Gagne Cloutier. This way students, faculty and staff can possibly get into a routine of doing it.

Junior Duncan Farme has donated regularly since his junior year of highschool. This would mark his seventh time donating blood. “It’s not very difficult, especially after a few times,” said Farme.

Senior Grace Guerin has always made it her goal to donate blood, she said. This would be her first time donating. “I’ve always wanted to do it and I’ve spent quite a bit of time in hospitals, so I understand the need for it,” said Guerin.

Sophomore Julia Parra has always wanted to donate blood, but has not been able to because of previous roadblocks. While she did not get to donate today because the staff were unable to find a vein, she still stressed the want to be able to donate blood in the future. “I’m still holding out for next time,” said Parra. “I’ve always wanted to do it and [have been] curious about what my blood type is.” Parra said she was hoping to be O negative, the universal donor.

Arric Mather, Donor Recruitment Representative at the Red Cross, has been working with Gagne Cloutier to put on blood drives at KSC for a while now. Mather said today’s goal was 32 pints of blood, an increase from the last blood drive’s goal at KSC in July, which was 28. He said they “bumped the goal a little bit just because we expect a little more [of a] turnout from everyone else on campus.” The blood drive was previously open only to people  part of the KSC community, but is now open to the public. The on-going COVID-19 pandemic did not allow for blood drives on campus to be open to the public in the previous couple years.

For students, faculty and staff that could not donate blood at this blood drive, the Red Cross hosts blood drives all around the city of Keene. Mather mentioned the organization hosts at least four blood drives in Keene every month in various locations.  This information can be found on the Red Cross website, redcross.org.

At the time of our interview with Mather, 47 out of 54 appointments were filled up. Mather said they originally had 40 people registered to donate, but seven people signed up that day as the blood drive was going on.

Mather provided some statistics about the need for blood around the U.S., stating that every two seconds a pint of blood is needed. Additionally, only 38 percent of Americans are eligible to donate, but only 10 percent actually do so.

The Red Cross was able to collect 34 pints, two pints above their goal for the day, as stated at the end of the day in an email sent by Mather to the Equinox.

Gagne Cloutier said they are usually able to collect a few hundred pints per year throughout the course of the blood drives KSC holds. “We’re really lucky that we have folks on this campus that [donate],” said Gagne Cloutier. Many people who donate are actually doing it for the first time, which means they are more likely to donate again in the future, she said. Around 30 percent of people on campus that donate are doing it for the first time. 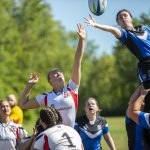 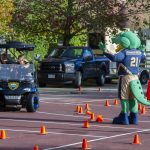