Book Review: ‘Tender is the Flesh’

“Tender is the Flesh” is a dystopian novel, originally written in Spanish by Agustina Bazterrica and translated into English by Sarah Moses.

This novel explores a fascinating question: What if we could no longer eat animals? What if a virus infected all the animals on earth and that virus was fatal to humans?

The result of this is a society that executed all animals. Humans began to eat each other and a new economic market was created.

Marcos, the main character, works at a slaughterhouse, making money to help his father with dementia. Bazterrica slowly unfolds Marcos’s life one chapter at a time. It is revealed that Marcos lost a child, and, to avoid his son, Leo, being eaten, he had to watch his own infant son be cremated. Because of Leo’s death and having been unable to have more children, Marcos became estranged from his wife, Cecilia.

Later on, it is revealed that Marcos was having an affair with the town butcher, Spanel, a woman who is written as stoic and cold. She is praised for her talent, for the way she cuts the meat apart and takes off the skin.

Marcos also has another affair, but with a certain gift from his workplace – his own specially bred human being. Marcos was at first annoyed with her, but eventually began falling in love with her. He decided to name her Jasmine, since he thought she smelled like the flower. Jasmine was unable to speak and had to be taught how to wear clothes, dress herself, use the bathroom and interact with other beings.

Society in this book is shown to be power hungry, a dog-eat-dog world. Bazterrica explains how this world works, with breeding centers for the humans, who are referred to as “meat and heads”. It is noted that it is illegal to call the humans bred for consumption humans, to avoid forming an emotional bond with them.

The humans kept for consumption are specifically bred to taste “good” and are given standard procedures for care and killing. They have their vocal cords removed, so they cannot speak or scream among each other or when they are stunned.

This is one of the most powerful novels I have read, and despite being only a little over two hundred pages, this book has some of the best worldbuilding out there. It represents the monstrosity of capitalism, of how it is a dog-eat-dog world and how hierarchy works in a capitalist society. Nobody openly complains about the humans being bred to eat because they are the lowest class of society. By having this class of humans exist, those who were previously at the lowest class of society now have slightly more power than before.

Jasmine coming into Marcos’s life served as a reminder to him that the only other way to survive in this world, besides being vegan, was to eat people. He had to teach her basic survival skills that normal people usually learn at a young age, and it creates a mirror image to how animals are treated in slaughtering centers around the world – in a cruel, inhumane way.

William Johnson can be contacted at 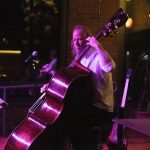 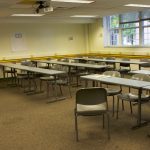