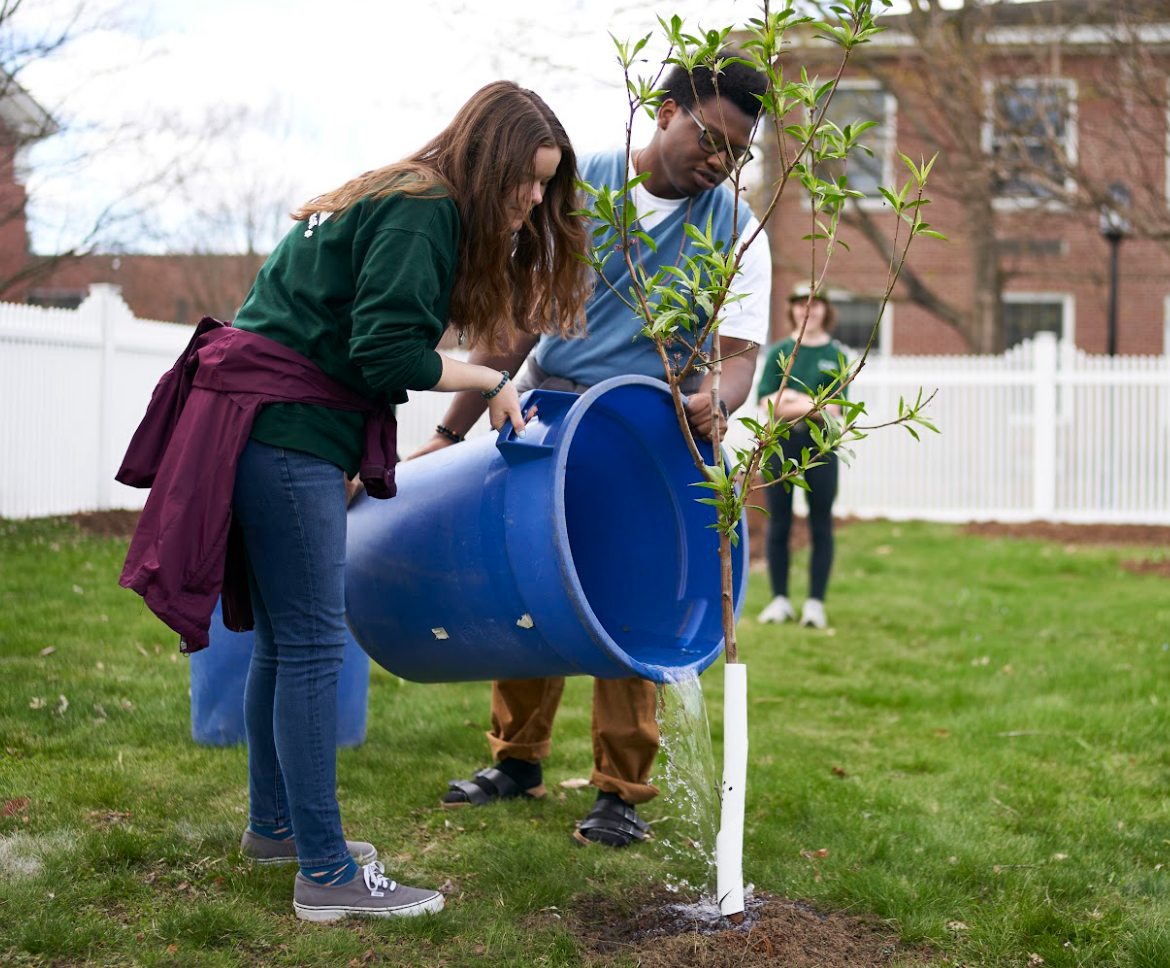 The Eco-Reps, along with KSC President Melinda Treadwell and Keene Mayor George Hansel planted a dwarf peach tree as part of the Eco-Reps’ Earth Day Celebration.

Among those attending the ceremony was Keene Mayor George Hansel, KSC President Melinda Treadwell and members of the KSC Eco-Reps. They planted a dwarf peach tree “because it’s a super hardy tree, so it can survive in the winter,” said Lawton.

The event also featured tables from student organizations as well as outside organizations like the Elm City Compost and the Harris Center. Local food truck Salt and Lime provided food for the event, while WKNH DJ’ed.

Students were also able to sign petitions for various causes as well. The event focused on organizations that highlighted sustainability and environmentalism.

After returning from Green Up Keene, another KSC Earth Day event, first-year Quinn Calhoun said she wanted to check it out and “See what’s going on with all the representatives and what makes Keene green.”

Calhoun said she stopped at a couple of the tables and bought earrings and a necklace. Calhoun liked how the event “Gets people out and involved [and there are] things to do.”

One organization, Elm City compost, started in 2018 by two Keene locals and had a KSC alumni representative at the table. Sara Olson, the marketing and media manager, said they were a “Local compost collection service based in Keene [that] serve[s] almost 200 residential customers right now and 15 Keene area businesses.”

According to Lawton, the event overall was, “A huge success; we ha[d] a food truck which is a hot commodity, we had a lot of people filter through because it’s also Green Up Keene, a ton of people signing up, signing petitions, taking plants, telling us why they love the Earth, so really great turn out.” 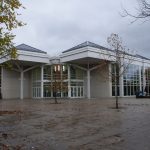 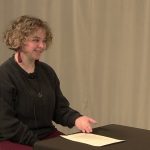