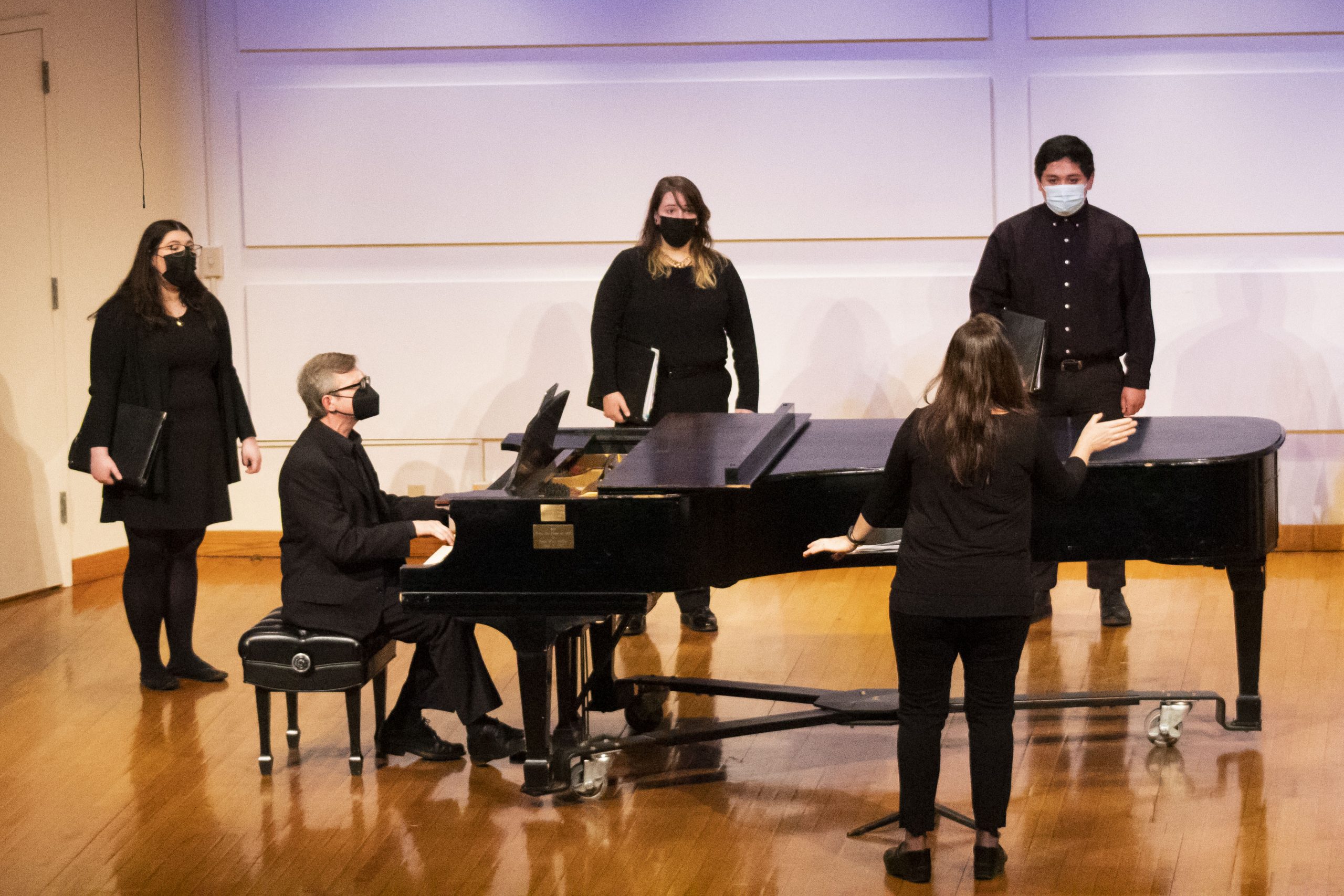 Directed by music professor Morgan Bothwell, Vocal Consort performed a program of 16th century pieces. Bothwell did not respond to The Equinox’s request for comment.

The second featured senior Hattie Skvorak as the ensemble’s student director. Skvorak conducted the ensemble for Tallis’ “If ye love me,” which contains text from the Gospel of John.

Because of the simplicity of the piece’s composition, Skvorak said it allowed the ensemble to focus on other aspects of their performance techniques. “I think there’s something to be said for the simplicity there and what can be done with the musicality,” Skvorak said. “There’s a section of the music, for example, that repeats, so we were finding ways that we could contrast those two repeats, so that the audience had something different to listen to each time.”

Skvorak described her experience as student director as “an overwhelmingly positive experience.”

“I’m always so excited to learn from faculty in the department and get their interpretations of conducting styles and musicality, and all sorts of things like that,” Skvorak said.

The April 24 performance marked Skvorak’s last with Vocal Consort. Skvorak has been a member of the ensemble since her first semester at Keene State.

“Overall, I’m incredibly proud of all the work that we put into this concert,” Skvorak said.

Chamber Singers, KSC’s treble choir, performed a program of pieces ranging from the 1800s to the 1900s.

The program included two movements from “Songs from Silence” by modern composer Elaine Hagenberg. The piece was written by Hagenberg during the pandemic.

“She wrote these pieces when we were on lockdown,” Chamber Singers Director Dr. Sandra Howard said. “… it was her way to try to use her expertise during the pandemic as a give back.”

Chamber Singers performed the movements “Song of My Heart” and “Stir the Embers.” Howard said the first movement evokes emotions experienced worldwide during the pandemic, including sadness and remorse. The second and final movement performed by the ensemble then transitions into “coming out of that sadness and finding hope,” Howard said.

Howard said the program, across both ensembles, reflected a vast listening and learning experience for both the student and the audience.

“I like that we’re trying to balance the program with what you might consider to be the standard composers, but also composers that are representing the diversity, equity and inclusion initiatives too, to try to make sure we’re providing the listener and also the students who are singing with a wide range of access to composers too,” Howard said.

KSC’s music ensembles often join together for a joint performance. Howard said bringing Chamber Singers and Vocal Consort together for a performance allowed each ensemble a rare chance to experience each other’s work.

“Because our ensembles rehearse in isolation, we don’t get to hear each other very much, so I’m glad that we’re bridging the concert that way,” Howard said.

Keene State’s music department will be finishing its 2021-22 season in the coming weeks. KSC’s Concert Choir will be performing its spring concert on April 30 in the Alumni Recital Hall. 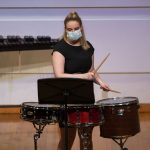 Out with a bang Previous
Film Review: Shazam! (2019) Next