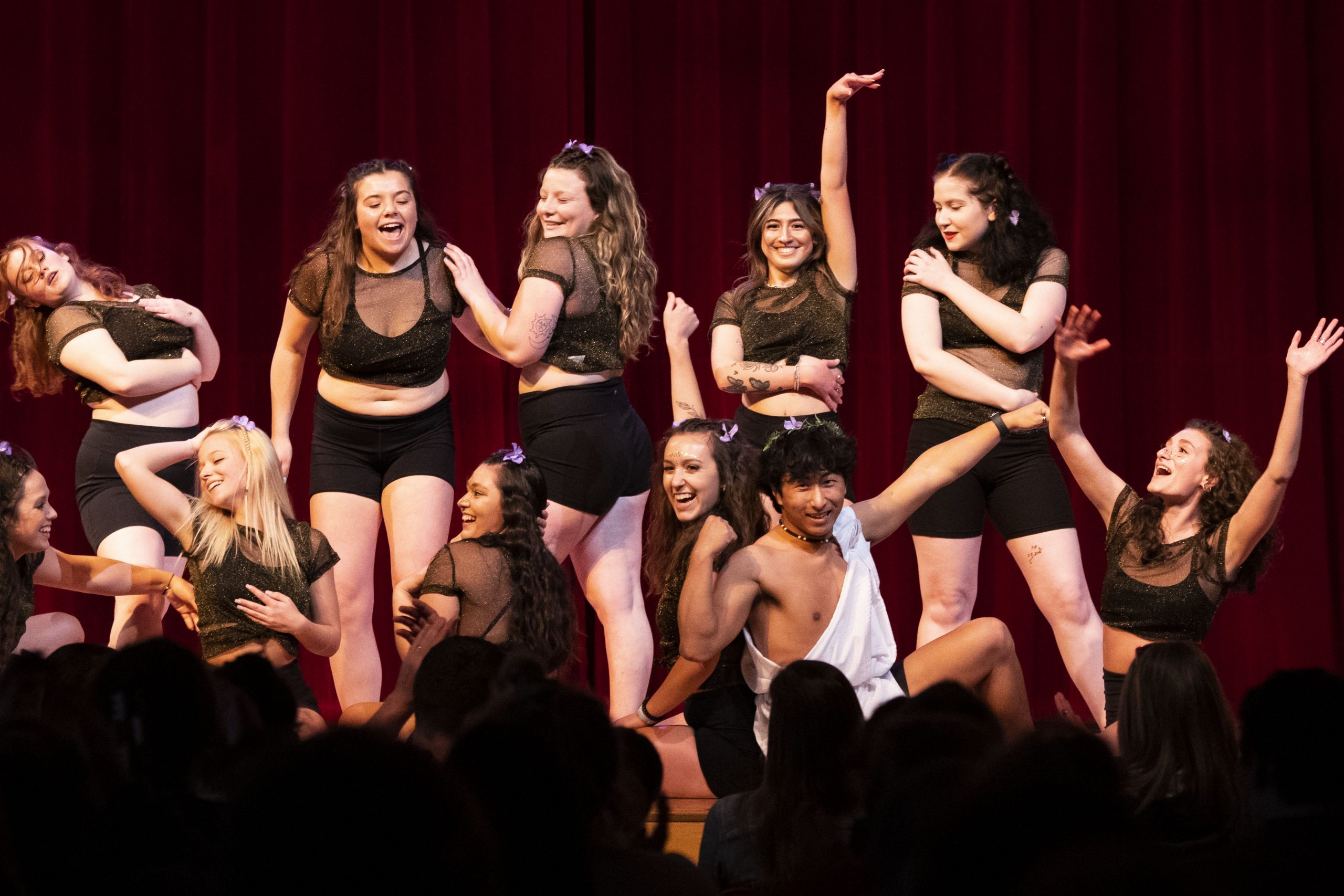 The Panhellenic Council and the Inter-Fraternity Council (IFC) hosted their annual Greek Week competition between the fraternities and sororities on campus. Greek Week began with dog toys and ended with cleaning up Keene to make it greener.

“Greek Week is something to celebrate the Greek community, but also to share to all the Keene community what Greek life is about and what we represent and how close we all are together,” Ashlyn Labrecque, VP of Programming for the Panhellenic Council said.

On the first night of Greek Week, Greek Life organizations made dog toys and dog treats for the Monadnock Humane Society.

The Monadnock Humane Society recently had an outbreak of kennel cough, so they had to toss a lot of their dog toys. Kennel cough is a highly infectious virus that spreads between dogs and causes a cough. It is not usually serious but can lead to other issues. “They all go to the Monadnock Humane Society. We made, I believe, four tins of dog treats as well,” Liam Downs, Alpha Sigma Phi and VP of Programming for IFC said.

Each chapter could donate up to 20 shirts to make into dog toys, earning them 20 points. Downs said that leftover shirts would be used for a future event or be donated to local thrift stores.

The next night was the annual Airband, an event where the chapters put together remixes and choreographed dance routines. “The airband is an annual thing we do where the orgs create choreography routines to the music of their choice and compete for Greek points,” Downs said.

For this event, they needed 75% of the chapter to be considered for full attendance Greek points.

Delta Phi Epsilon member Emma Wheeler expressed how proud she was of herself and the rest of her sisterhood. “I’m very proud to win because I feel like we have our whole sisterhood behind our backs and we represented the rest of our sisterhood and I feel like that’s such an honor,” said Wheeler

She added, “I think it went absolutely fantastic, it was so fun.”

Delta Phi Epsilon member Sydney Litchfield said, “We worked really really hard for that, and I think it all paid off in the end. I think we absolutely killed it.”

Alpha Sigma Phi member Zach Murphy said, “Feels great all the hard work paid off. If I made a clown out of myself, then it also paid off. I feel pretty good.” He added that he felt nervous to be on stage, but all the practicing helped.

Similarly, Parker Miller, a member of Alpha Sigma Phi, also said he was nervous because it was his first time participating in Airband. “It was a little surprising [to win Airband]. I thought it was very well matched with the other fraternities, but I’m excited that we did win and so proud of my guys for doing it,” Miller said.

The final night of Greek Week ended with announcements of winners, superlatives and the new members of each chapter.

However, Greek Week officially ended with Green Up Keene the next day. “Chapters got points for signing up for Green Up Keene and if they don’t attend but did sign up, then any winning status that they had will be removed from them and given to the runner up,” said Downs. The annual Green Up Keene event happened on Friday when the fraternities and sororities signed up to go around Keene and pick up litter scattered across the city.

Logan Warman, former VP of Alpha Sigma Phi, said, “[It] feels great, feels like a nice confirmation of all the changes we’ve been trying to make. I don’t think Greek Week necessarily says who’s the best, but it was a nice week to unwind [and to] celebrate what we’ve done at the end of the year.”

Alison Brochu, VP of Operations for Delta Phi Epsilon shared similar thoughts as Greek Week came to a close. “It feels great, I feel like we put in so much effort, especially like Airband and planning all these events, [it was] so nice to see all the hard work that we put into putting on this event and being here at all the events and just having it all pay off. It’s been a really good time,” Brochu said.

Soon after the awards were given out, they ended the night by watching the Disney movie “Hercules”. Downs said, “It’s like our final all big get-together… it’s kind of the final send-off for the week.” 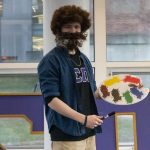