Keene State College is still seeing no evidence of the BA.2 subvariant of Omicron, while the University of New Hampshire (UNH) is fighting it off.

Keene State COVID-19 Team Leader Colin Burdick said the Owls are reporting five new cases this week, slightly up from last week’s three positives, according to the school’s COVID-19 dashboard. Burdick said only one of the new positive cases was through weekly surveillance testing, while two were from symptomatic testing and two more were from outside agencies, “home kits presumably,” Burdick said. As of April 8, Keene State has a total of seven active cases.

Keene State’s case rates have remained relatively low and stable since its outbreak in early February. Meanwhile, the college’s sister school, UNH, is starting to see an uptick, Burdick told Tthe Equinox. The UNH dashboard is reporting 79 new cases between March 31 and April 6. That number is up from the 62 cases reported the week prior. Burdick said that the UNH testing lab is starting to see the BA.2 subvariant in all of their testing contracts, not just with university system campuses.

Plymouth State University (PSU) reported only one new COVID-19 case as of April 2, although according to their dashboard, they only tested 59 people. Burdick said PSU only tested symptomatic individuals that week.

At the end of March, the city of Keene was tallying the highest number of active cases for the state with 62, beating out Manchester’s 54. WMUR reported that as of April 6, Keene is at 48 active cases, trailing just behind Manchester’s 53.

Keene State recently rescinded its indoor masking policies on campus, outside of classrooms. They had considered leaving masking in the classroom up to the discretion of professors and had also considered testing only symptomatic individuals in the community. With evidence of BA.2 rising in the state, Burdick said he doesn’t think that would be a good idea anymore.

“To reduce measures with this on the horizon, it wouldn’t seem like a good decision to make at this time,” Burdick said. “We also concluded that by having more social events, it may be best to keep testing and we haven’t heard many complaints about keeping masks in classrooms. At this stage of the semester, we don’t want to create any more stress or anxiety for students, and testing and masking is now pretty routine at this point.” 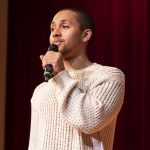 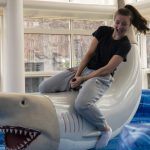