Comedians cause roaring laughter at KSC 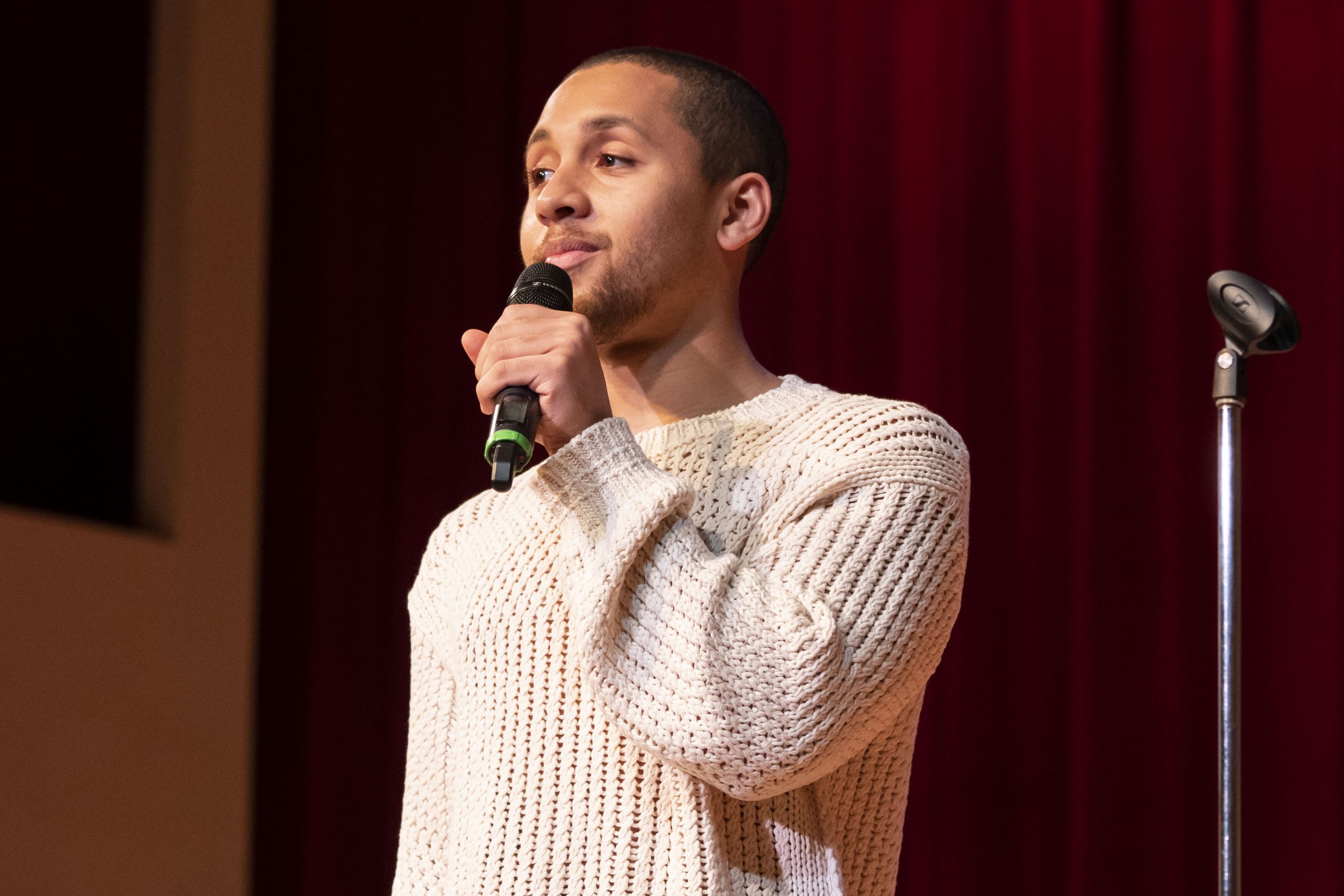 Two comics, Jaboukie Young-White and Roy Wood Jr. came to KSC for a standup show hosted by the Student Activities Council (SAC) on Saturday, April 9 in the Mabel Brown Room. Both comics have material on Comedy Central and different late-night talk shows.

According to the Social Activities Council Programs Assistant, Casey Brown, around 100 people came to attend the event. She said that Spring Fest “usually ends in a concert,” but because of COVID-19, a comedy show would be a more “controllable event.”

One KSC student, Jaden Rogers, said, “I thought they were pretty good. I liked that they didn’t feel like they had to hold back because we’re college students and this is an educational system. They went in and they were honest.” Rogers complimented the fact that SAC brought in differing comics saying, “Glad they brought diverse comics here. There’s just something to be said about that, which I think is really awesome. It wasn’t a generic pool.”

Similarly, KSC student Davis Allen said, “I thought they were really funny, and I liked how they brought up jokes about their diversity and stuff, I really appreciate that. I liked how they connected with the crowd.” Davis added, “I could understand why New Hampshire would be stereotyped as not a place where some of their jokes would be safe things to say, unfortunately; I’m glad that they felt safe to be brutally honest with us.”

Another KSC student, Fiona Acton, said, “I thought it was very entertaining, I had a good time.” Acton commented on a joke Roy Wood Jr. made about firefighters, “I liked when he made the firefighter joke because my father’s a firefighter, so I had a connection to it.” Acton also said on the comedy show, “It gave us something to do, and it was entertaining. I thought it was a great thing to have.”

Likewise, KSC student Harrison Glover said, “They were really good.” Glover mentioned how he enjoyed Roy Wood Jr.’s last joke connected to an earlier joke he made about working at Golden Corral. “I liked the last joke and how it related to everything else he said, like a through-line,” said Glover.

While senior Christian Frazier commented on the comedians’ dissimilar styles saying, “Both were great; they definitely had different styles from each other and different approaches to punchlines.”