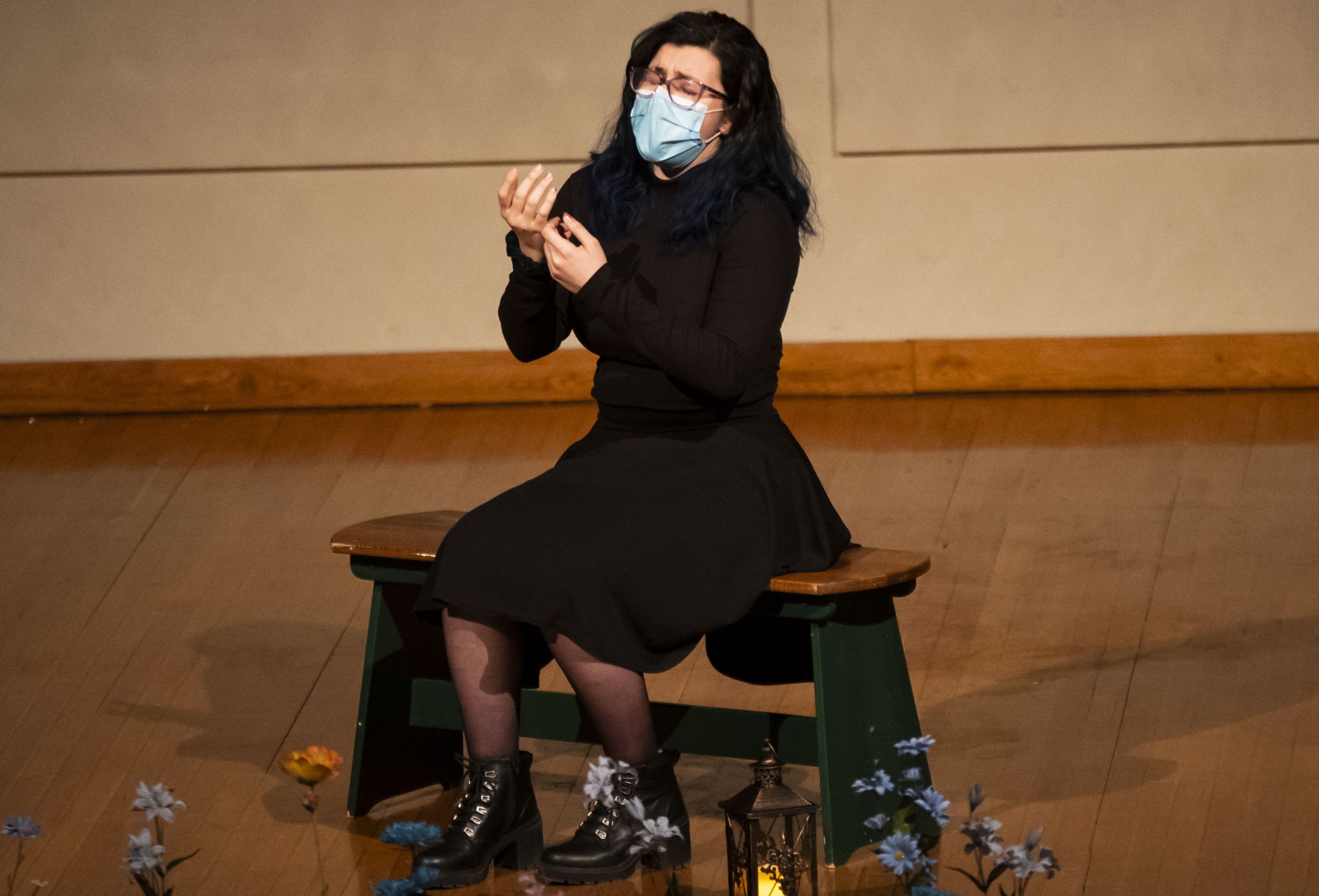 The Keene State Opera Workshop performed opera favorites in the Redfern Arts Center to an almost full-house at the Alumni Recital Hall on April 13.

Production director Hugh Keelan said that the ensemble has made good progress this semester. “It’s going wonderfully, this is my second semester working here at Keene State College in the Music department. I wanted to explore several matters with the performers for this workshop around how to overcome your nerves and lack of self-confidence on stage and how you can let that influence your voice. We’ve made other goals along the way but I’d say that’s the major one. There are really no challenges, if there is something you’d put in the category of ‘challenge,’ it would be finding the special words that allow the individual student singer to flourish,” Keelan said.

First-year Elizabeth Borelli said being part of the ensemble has helped her evolve as a vocalist. “This semester has been pretty eye-opening for me so far, I didn’t think that I had much of a connection to opera. Out of struggle and through voice manipulation I’ve become this blossomed thing, it’s changed my perspective and I’m super happy to work with all these people,” Borelli said.

First-year Amber Farrell shared similar thoughts; she said that the ensemble has helped with her composure as a performer. “I’ve never done anything that’s been this intensive. It’s something that has helped me not only come out of my shell, but it’s allowed me to be relaxed on stage,” Farrell said.

Sophomore Alice Browne added, “This has given me more confidence as a soloist and helped me grow closer to my classmates.”

They collectively agreed that being a part of the ensemble had a significant positive impact on their professional and personal relationships with one another.

For more information on future concerts, recitals and other events, visit the Redfern Arts Center website.

Riley Hrdlicka can be contacted at