The 2022 induction class is the first in Keene State history to be composed entirely of athletes that have played their entire Keene State career in the National Collegiate Athletic Association (NCAA) Division III era. Keene State is preparing to celebrate its 25th anniversary as a member of the NCAA Division III program this year.

Sawyer competed as an Owl from 2008 to 2011, leaving behind a record as Keene State’s all-time leader in points (307) and assists (211). Additionally, she is the only player in Keene State history to surpass the 300-point mark. She ranks among the all-time leaders in draw controls, free position goals and games played. Sawyer led the Owls to their first ever Little East Conference (LEC) championships in 2009, dominating over Eastern Connecticut State. Sawyer was named Second Team All-LEC in 2009 and 2011, and First Team All-Conference in 2010. She holds many top single season marks, including two of the top point seasons in school history in 2009 and 2010, and four of the top assist marks in each of her four years as an Owl.

Bradford played as a double threat for Keene State from 2007 to 2012. She finished her soccer career as the all-time leading goal scorer and points leader in school history. Her 19 goals and 16 assists as a senior in 2010 are the second highest single-season total in school history. Bradford also has the sixth highest total in both the 2008 and 2009 seasons. Her name appears in the single-season goal lists three times, with the 2008 and 2010 campaigns tied for third and the 2009 season in fifth.

Bradford was a Second Team All-LEC selection in 2012, leading the Owls on a run to the NCAA tournament that season. They defeated Cortland State twice at the NCAA Regionals, where they fell one game short of the programs’ first ever trip to the Division III World Series.

Bradford appears on many Keene State all-time lists for softball, including runs scored and home runs. She had a school record 44 games and starts in both the 2009 and 2010 seasons.

Dallas played defense for the Owls from 2000 to 2003 and led the Owls to a pair of LEC regular season victories. She ranks fifth all-time in defensive saves and was the LEC Defensive Player of the Year (the first in conference history) in 2002. Dallas is also in the top-10 single season marks for defensive saves in the 2002 season.

She was named First Team All-LEC during her final three seasons, helping Keene State to defeat nationally ranked teams like Skidmore and Springfield.

The Owls reached the LEC Championship game in her freshman and senior years. In 2003, the Owls earned the number 1 seed in the Eastern College Athletic Conference (ECAC) tournament, defeating Becker, Clark and Springfield in a four day stretch to claim the programs’ first ECAC title.

Dallas was the first ever First Team All-American in school history.

Lombardo competed for the Owls as a striker from 2001-2004. As a first-year student in 2001, he was named the LEC Rookie of the Year and Little East Tournament Most Outstanding Player. Lombardo was named First Team All-LEC as a first-year, sophomore and junior, Second Team All-LEC as a senior and was the LEC Offensive Player of the Year in 2003. His 138 career points are third all-time in school history, as well as his 58 career goals. He holds the fourth highest single-season point total with 18 goals and 10 assists for 46 points in 2003. He also ranked with the top 10 single-season marks in goals twice, in 2001 and 2003.

The Owls won the LEC tournament three times during his collegiate career- in 2001, 2002, and 2004 and reached the NCAA tournament in each of those years.

Ledwith was national runner-up in the mile as a sophomore in 2011 and again as a junior in 2012. He earned All-American honors in every season, including every year in the mile and 500 individual medley, as well as the 800 freestyle relay and 200 freestyle. He was Keene State’s Senior Athlete of the Year in 2014.

Ledwith led the Owls to the New England Intercollegiate Swimming and Diving Championships in 2013 and 2014. 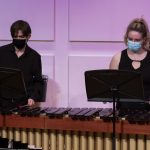 Feel the rhythm Previous
Love it or leave it Next