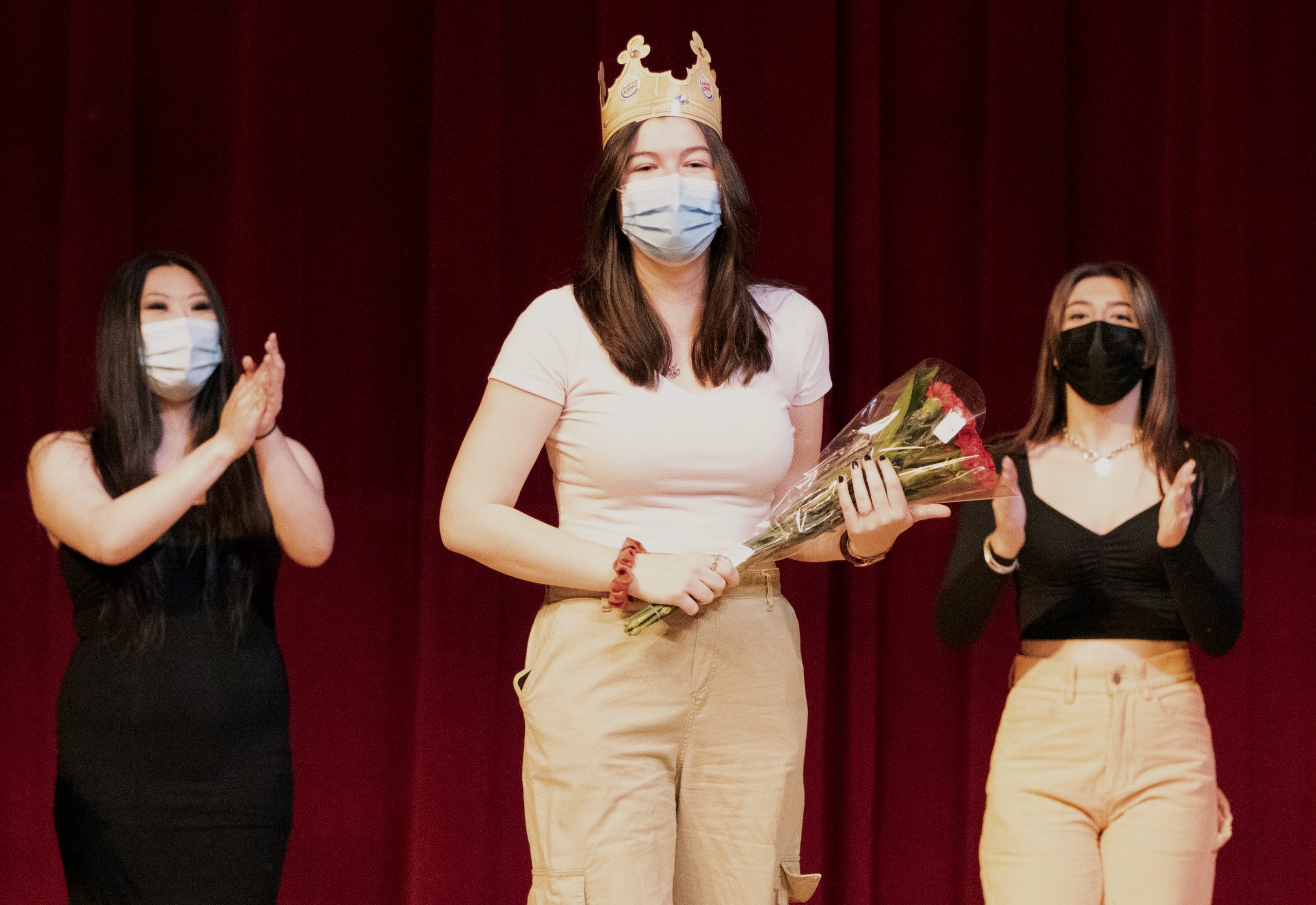 With a little ‘help’ from the Tau Kappa Epsilon (TKE) brothers, senior Cathleen Klem was crowned the 2022 TKE Sweetheart.

During the talent portion of the TKE Sweetheart event, Klem did a comedy skit with impressions of several brothers in the fraternity, helping her earn this year’s winning crown.

TKE Sweetheart is an event hosted by the fraternity each year to contribute to their $10 in ten years fundraising goal. At this year’s TKE Sweetheart event on Feb. 25, the fraternity raised over $6,000 for St. Jude Children’s Research Hospital, TKE Philanthropy Chair Daniel Schumann said.

“We were able to raise more money than we could have ever hoped for or anticipated,” Schumann said.

Contestants were given freedom to develop their talents. The talent portion ranged from a cheerleading routine, armpit farting and speed chicken wing eating. Junior Paige Solinas was able to finish 18 chicken wings in five minutes.

The event returned this year after a two-year hiatus due to COVID-19. Prior to the pandemic, the event was a yearly fundraising staple for the chapter. “We are very lucky that all of our brothers are healthy and in a place where we are able to help people who are going through some difficult and challenging times,” Schumann said.

Besides her friendships with many members of TKE, Klem said the philanthropy aspect drew her to want to participate. Having grown up in a family that frequently raised money for St. Jude and doing her own philanthropy throughout her life, Klem said it interested her.

“This kind of thing means a lot to me, my family has been doing donation-based things for St. Jude’s for a while, my grandparents especially,” Klem said. “I volunteer at a camp called Camp Sunshine, which is for children with life-threatening illnesses. I’ve done that since high school. So this was really right up my alley. And as soon as I heard what it was for, I definitely wanted to do it.”

Similarly, sophomore Emma Henry said she chose to participate in the event to help raise money for an important cause. “I love to fundraise. I think it’s really important to get their names out there and just to be able to fundraise in general for such great organizations,” Henry said.

Henry had to pull out of the event due to last-minute scheduling conflicts.

Sophomore Krystal MacDonald emphasized the importance of raising money while still having fun. “Helping them raise money was a big part of our contest and it has been fun so far. So it’s been fun. All I want to do is have fun,” MacDonald said.

Schumann said he hopes the event will show a different side of fraternity life. “I’m also very proud to show that there’s more to fraternity life than just partying and stereotypes, that we are putting lots of hard work into helping our community and helping those less fortunate,” Schumann said.