“Scream” (2022) brings back familiar faces for its latest installment

The film is set in the present, 25 years after the events of the first film. Barrera plays Sam, a young woman from Woodsboro, who is called back by recent ghostface attacks. As the murders continue, it is up to Sam, with the help of the original three leads (Dewey, Gale and Sydney) to find the killer and stop the murders.

I was excited to see this new film after a decade of waiting. I was also nervous since it can be hard for a franchise to keep momentum in a fifth film. However, “Scream” does not disappoint, both as a sequel and standing on its own, this is a great film!

One part that makes this film excel is that it still manages to feel fresh. While characters still make poor choices at times, they also make many good ones.

In addition, original characters show just how much their characters have matured (In particular, Sydney is always one step ahead of the killer). The scares are still excellent and everything from the locations, cinematography and sequence pacing work to create a scary and entertaining film.

The choices plot-wise are also very bold. Things that would go one way for a character in previous “Scream” films, do not necessarily always go those ways in this film (The opening in particular has a twist that is very nuanced for “Scream”).

While many aspects of this film are different from the other films, one element that stays the same is the meta spirit of the originals, in which characters in this film, still, like the originals, talk about the tropes of horror films. However, what is also welcome is the fact that these characters reference the recent change in the horror genre with many modern day films. Films like the original “Scream” are not as common today as a slow moving film like “Midsommar”. It is good to reference how most audiences’ tastes have changed. Another modern trope that is critiqued is revival films. This film always self-references that it is a sequel made years after the original.

The best part of this film is the handling of both old and new characters. I was equally invested in the new characters (In particular, Sam whose fearless and outspoken spirit is very relatable) as I was in the core originals. The character work made each character identifiable making it easy to care about them.

All performances shine in this film. In particular Barrera, Ortega and Quaid are fantastic. Arquette, Cox and Campbell are excellent, and Arquette gives his best performance as Dewey in the series.

“Scream” is the perfect example of a great fifth film. The film allows for maturity in characters and for the franchise to evolve with modern times. The performances are fantastic and, best of all, it still finds ways to make the franchise fresh. If you’re a “Scream” fan, definitely pick up the phone for this film! 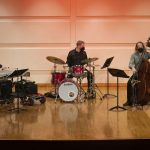 All that jazz Previous
Local Business: Arts Alive Next 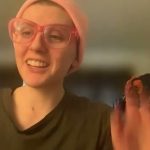