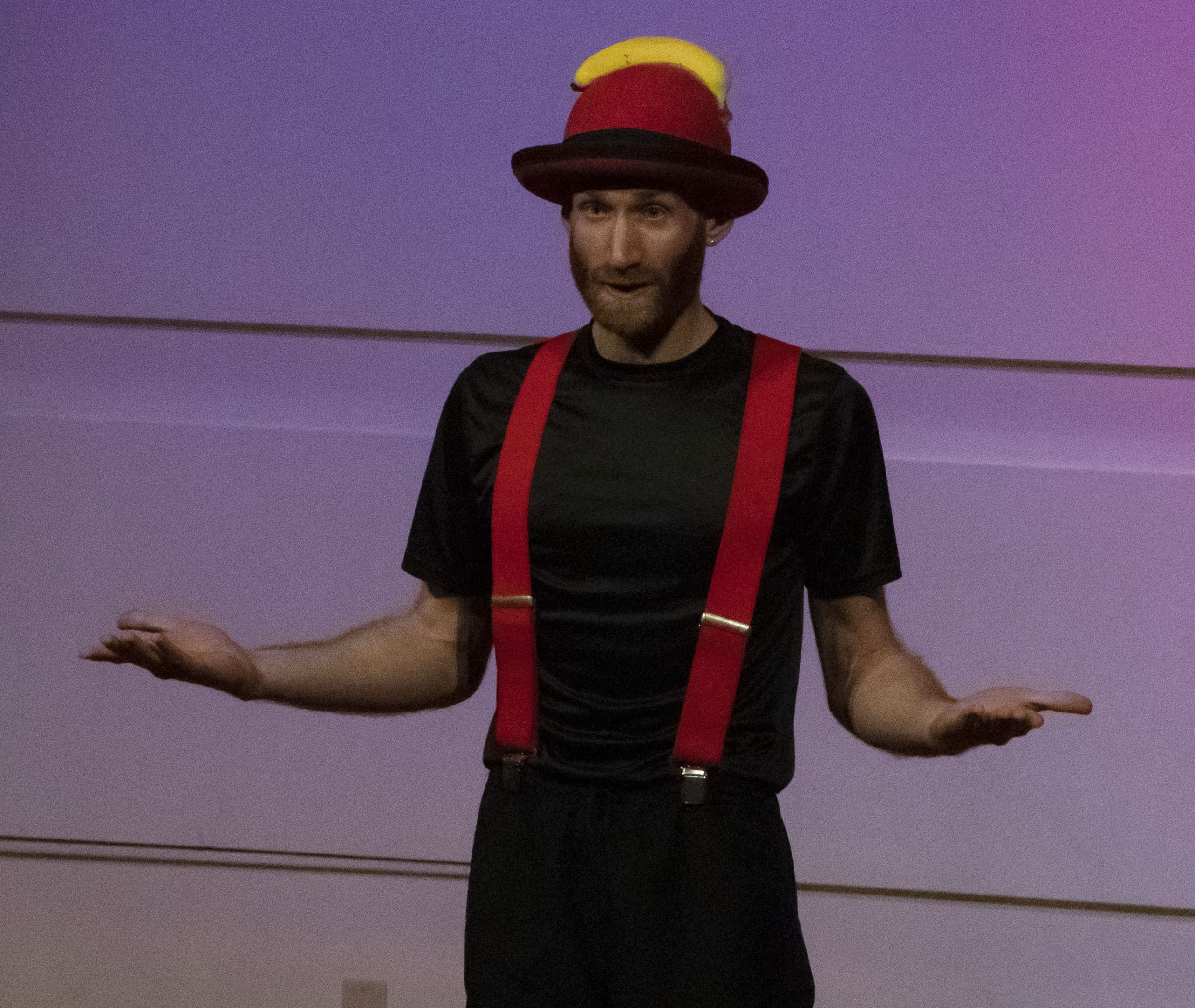 But just half a banana? That never happened.

Using this joke, circus performer Janoah Bailin opened his show “meSSeS” at the Alumni Recital Hall. Bailin brought a taste of the circus to Keene on Feb. 19, entertaining an audience of all ages.

Bailin started the show from the audience, carefully descending the stairs of the Alumni Recital Hall on a unicycle.

Yes, the capitalization of the letter S in the show’s title is intentional. It aligns with the messiness of the show, with Bailin spilling tea, coffee, popcorn and leaving a pile of scarves on stage throughout the duration of the show. And, of course, slipping on banana peels.

Also, the capital S mirrors the figure eight pattern that is essential in beginners juggling practices.

“I liked the idea of the messiness of the title. I think it catches your attention to have a capitalization in the wrong area,” Bailin said. “But also, more specifically, the figure eight is really important in juggling, it’s the pattern that I teach.”

“meSSeS” combines the art of performing and teaching. Audience members learned to juggle along with Bailin on stage throughout the show. “The premise is that, as you watch the show, you also learn to juggle,” Bailin said.

In the show, Bailin utilized common elements seen in circus performing, including unicycles and juggling balls. However, Bailin also used elements not commonly seen in the circus, like tea and coffee.

Since tea and coffee are often used to connect people in social settings, using them in the show, Bailin said, emphasizes the connection between audience members that occurs throughout the show.

“I feel like tea and coffee are very nourishing things… One of the things that happens in the show is you connect with other audience members, because there’s three points where everybody stands up and tries to juggle and you’re watching other people struggle with it, or get it, or you ask someone for help because you don’t understand or and, in that way, you get to connect with people and not just watch me,” Bailin said.

Bailin said making people laugh is a highlight of doing shows like these. However, for this to happen, Bailin said there is a period early in the show where trust must be established between the performer and the audience.

“Once you get to know the audience, and can sit in the feeling of them trusting you a little bit more, rather than being scared of you, which is usually the relationship between performer and audience at the very beginning,” Bailin said.

Bailin continued, “Once you’ve settled into that, the feeling of performing is so good. Making people laugh, that’s the best part.”

For more information about Bailin and upcoming performances, visit janoahanygoodjokes.com.

0Shares
0 0
KSC Student Representatives will be Talking with The... Previous
PHOTO ESSAY: 2022 LEC CHAMPIONSHIP GAME Next 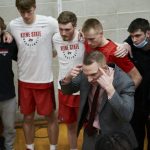