“Euphoria” has taken the media by storm since its first season in 2019 with its controversial and jarring themes. Substance abuse, mental illness, domestic abuse and discovering and coming to terms with sexuality are just some of the most prominent themes the dynamic characters endure in the first season alone. Critics could call the scenes extreme, but I strongly disagree. This realistic portrayal of real world issues is crucial to starting uncomfortable conversations.

One of the main characters, Rue, played by Zendaya, has varying mental illnesses and chooses to cope with extreme drug abuse. Throughout the show, she takes advantage of her friend’s drug dealing and has had many blackouts, episodes of withdrawal, and at the beginning of season one, has an overdose resulting in a four day coma and a month at a rehabilitation center.

Rue’s whole situation is hard to watch as a fan, and you can’t help but root for her recovery, but there are several times where she relapses and makes the wrong decisions. There are times where she has aggressive screaming matches with her mom, sister and friends over her drug abuse.

Another two characters are in an incredibly toxic relationship, to the point where there is physical, emotional and mental abuse between the characters. Their relationship strains their friendships and families as they continue to sneak around with each other after a major incident between the couple gets the authorities involved.

The obvious solution to their damage should be to break up and never speak to each other again. Even a restraining order should be on the table. Instead, they continue an on-again-off-again relationship because of the “love” they have for each other, and they manage to frame another person for the physical abuse that occured.

Seeing all of this unfold on my TV made me question how much of it is actually real, and what was exaggerated for the cameras. But after scouring social media’s reactions to the season two episodes being released every week, it seems the directors and producers hit the nail on the head with the acting.

The audience reviews tend to rave about the dramatics of the show, as well as the hard hitting in-your-face themes that you can’t ignore with this show. Even the characters and their individual complications are resonating with the audience as they create vulnerable and relatable experiences that create deeper connections.

What these characters deal with is so heart wrenching and terrifying to watch, and I can’t help but think about people in their real lives who have loved ones dealing with the same or similar situations. People who are stuck in, or blind to, an abusive relationship and people struggling with drug abuse are being brought to light as extremely real problems. A lot of the topics presented are also ones that I had to educate myself about the specifics of. The show has successfully created an atmosphere of uncomfortable anxiety and life-questioning points of view.

The themes in this show have also made sure that critics, watchers and third party observers are seeing this show as a headline creator with the goal to make sure society can’t ignore their awareness and messages. 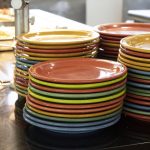