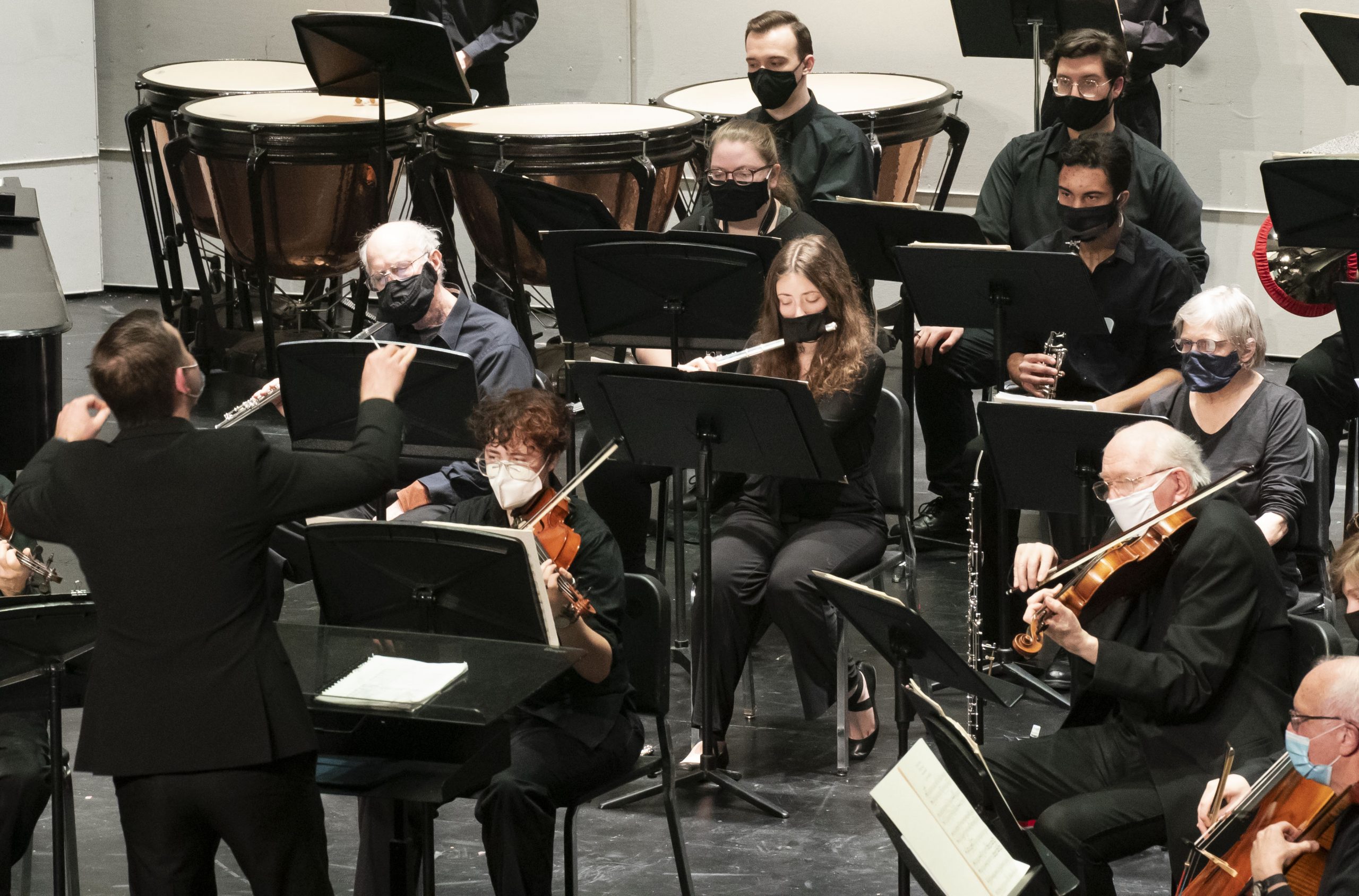 Paul Grobey conducts members of the Keene State College Orchestra during their performance on February 16th.

Audience members took a trip to 19th century France with a concert program by Keene State College’s Orchestra on Feb. 16.

“In France, I would say that the trend going into the 20th century was to minimize forces, to write smaller pieces, sometimes for smaller orchestras, but the trend elsewhere in Europe was to maximize what we call a maximalist movement where the forces got really big and the pieces got really long, so it makes it difficult to program many of those on the same program,” Grobey said.

Orchestra opened their concert with the first movement from “Symphonie en ut” (translating to “Symphony in C”) by French composer Georges Bizet. According to the concert program, Bizet composed the piece over the course of a month when he was a teenager.

Following was the first movement from French composer Gabriel Fauré’s “Pelléas et Melisande (Suite).” The prelude of this particular piece is able to stand on its own, the program notes said, and introduces musical themes that can be heard throughout the rest of the piece.

After a brief intermission, Orchestra finished out the program with four movements from “Petite Suite, L. 65” composed by Claude Debussy.

Grobey said the Debussy piece was a favorite among himself and the musicians in the ensemble.

“I think the piece that… just got better and better and felt better and better the more we rehearsed it… I think, on stage was the Fauré. [It’s] really a lovely piece. Really beautiful and ethereal and totally different. I’m not sure that the musicians had played anything like it,” Grobey said.

The Feb. 16 performance was Orchestra’s second of the academic year and first of the spring 2022 semester. Grobey said this concert experience was a positive one.

“I think that the musicians felt really positive about the culmination of their work. There was a real strong sense of camaraderie and collegiality and satisfaction with so many of the things we worked on in rehearsal really came to a great fruition,” Grobey said.

Orchestra will perform its second concert of the semester on April 20 in the Alumni Recital Hall. For more information about other music events, concerts and recitals, visit the Redfern Arts Center website.