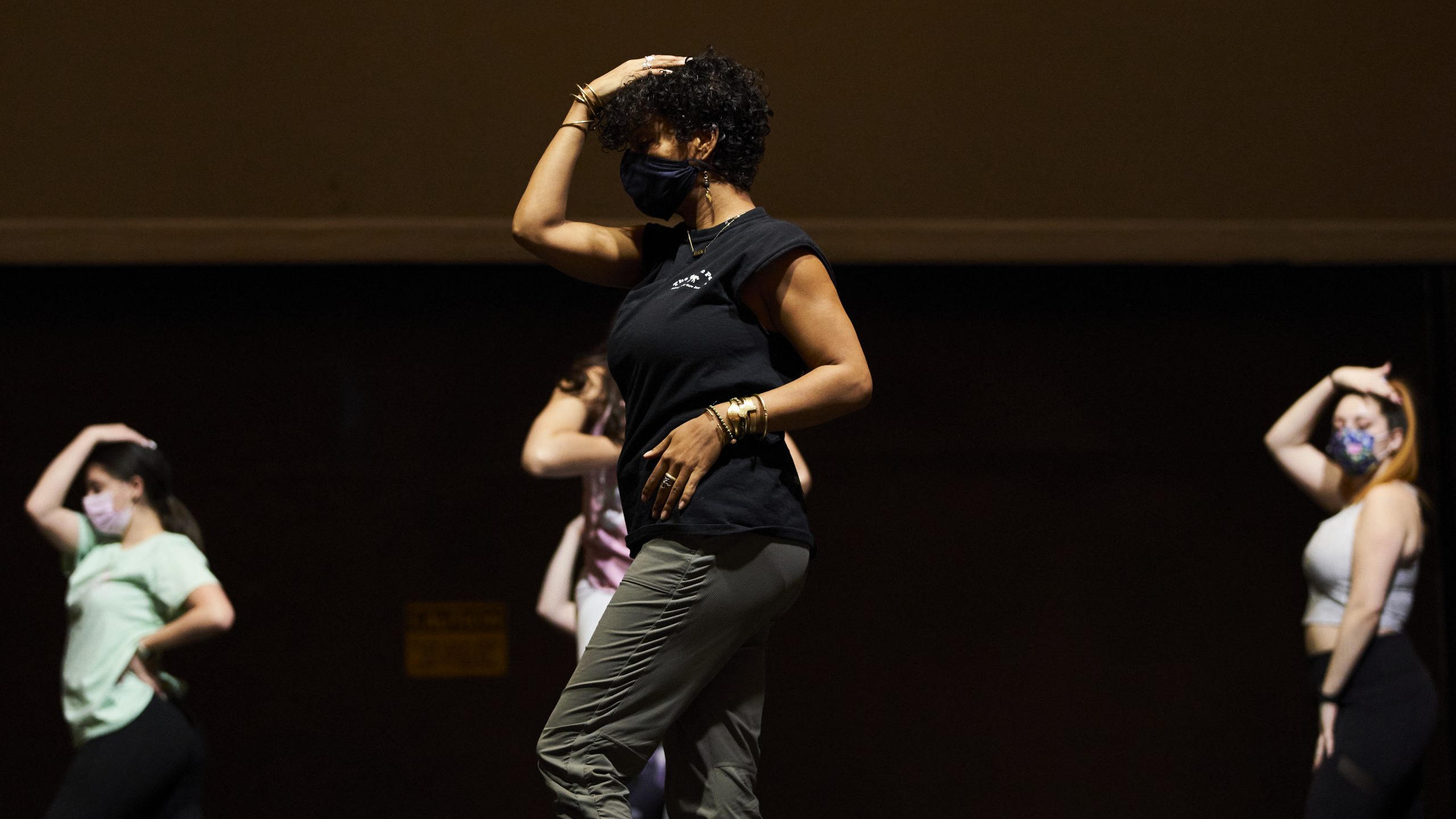 The meaning of home evolves and expands throughout our lives.

Performer and choreographer Lauren Cox explored this concept with KSC dance students during an intensive residency on January 22 and 23.

“We usually think of home as this structure we grew up in, but as you go out into the world, you find other manifestations of a home, and perhaps other places and people or something within inside of you that feels more like home or something inside of community that feels like home,” Cox said.

In developing this concept, Cox drew from her own experiences moving from California to Brazil. After living in Brazil, Cox noticed a deep sense of community within the culture in contrast to individualism in America.

“Brazil and a lot of nations outside of America still have a really beautiful concept of community and they realize that they cannot live without one another. And that’s what I found in Brazil is just this love of community and love of each other,” Cox said.

In addition to drawing from personal experience of finding community, Cox’s piece uses a Maya Angelou poem titled “Alone.” The poem describes the need for community and not going through life alone.

“It’s not only an exploration, but there’s a call to action saying that we need to come together and find our communities,” Cox said.

Over the two-day residency, students learned a six-minute dance piece that Cox said she hoped would expand their knowledge and understanding of dance.

“I’m hoping that they feel elevated in their uniqueness and in their voices and that they can find themselves and their voices in a non-western form,” Cox said. “It doesn’t have to be something that you mimic or transplant onto yourself, you know, but that you have a voice within that culture and within that community as well.”

Junior Katelyn Sova said learning the dance in a short period of time helped her grow as a dancer.

“I was able to grow as a dancer in my ability to learn choreography quickly,” Sova said in an email interview. “In the past, I have had time in rehearsals to ask lots of questions and go over new choreography as many times as I wanted to. This time, I only had a limited amount of time with the choreographer, so I had to absorb the information quickly before moving on.”

Cox was invited to Keene State from the University of Massachusetts (UMass) Amherst, where she teaches as an assistant professor of jazz dance. When bringing Cox to campus, the dance department faculty were looking for someone who could teach outside the “western dance canon,” Cox described.

“The western dance canon is probably anything that has to do with a European outlook, or a European pedagogy on dance starting with ballet or contemporary,” Cox explained.

The intensive residency focused on dance styles outside of that western dance style, including jazz and hip-hop.

Cox elaborated on the importance of teaching those non-western dance styles, “As history would serve it, I think white ideals are usually deemed more important than anything else… Although jazz has influenced ballet and ballet has influenced jazz in many ways, and it’s kind of been convoluted in a lot of ways. The foundation of jazz is still within African American context. And so I would argue that jazz has influenced ballet, as opposed to the other way around.”

Sova said the jazz style of the piece stood out to her the most. “Typically, pieces in ‘Evening of Dance’ are modern, but this piece has more of a jazz style to it, which I really enjoy,” Sova said in an email interview.

Similarly, senior Amanda Smith said she enjoyed the opportunity to learn from a new choreographer and experience a different style of dance.

“It was really wonderful to learn from a choreographer outside of KSC and learn their movements and style. Lauren is a jazz-based choreographer, so it was also refreshing to learn some new movement[s] from a style of dance I haven’t done in four years since the TAD program is mainly modern based,” Smith said in an email interview.

Cox related the process of finding new meanings of home to the college student experience of leaving home for the first time.

Cox’s piece, titled “Arriving Home,” will be featured in “Evening of Dance” on April 14-16 in the Main Theatre.