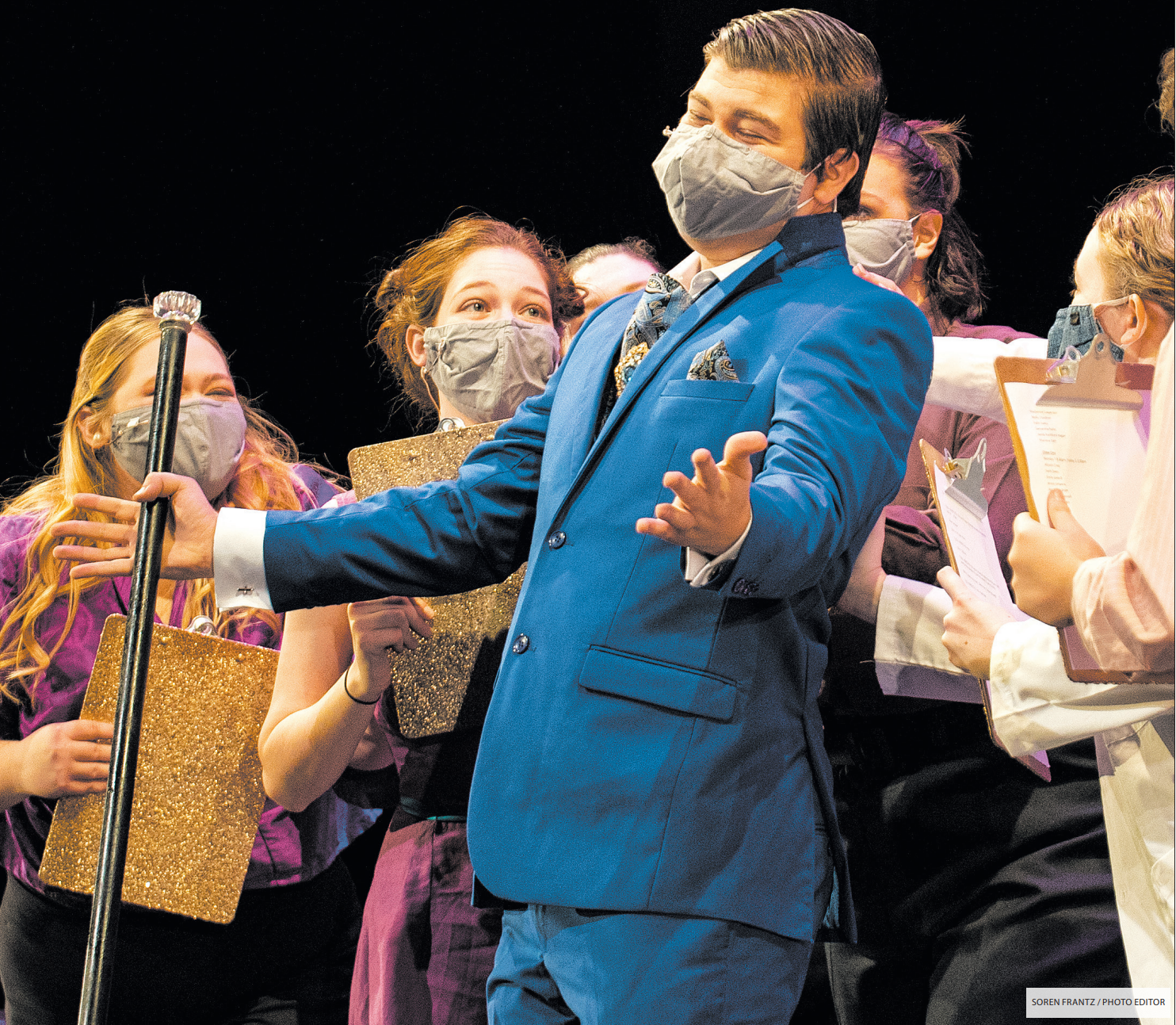 “It shows how much everyone is excited and happy to be able to go see live theater again,” Cassidy Doherty, who played lead character Hope Cladwell, said. “I think everyone’s really excited to be able to feel the energy and the adrenaline and just be there in person to watch it all happen.”

“Urinetown” is a musical satire about a town struck with a water shortage. To conserve water, president Caldwell B. Cladwell orders a closer management of the town’s toilet system, making the residents pay to use the bathroom. It pokes fun at concepts such as capitalism, the legal system and corporate politics.

“Urinetown” was Keene State’s first large-scale musical since 2017. In the 2020-21 performance season, performers were socially distanced and masked on stage at all times. However, for the first time since Fall 2019, performers were allowed to come within six feet of each other and interact on stage.

“In my seven years of being here at Keene, this is the biggest musical I’ve done in terms of music, acting, dance and ensemble,” director Kirstin O’Brien said.

For many, it was their first performance since the pandemic began. “It feels really good to be able to perform with such a big cast in a pandemic, it’s kind of, honestly powerful to me, because we’re still able to do theater in such unfortunate and hard circumstances with masks and everything,” actor Veronica Pamphile said.

Keene State’s production was a collaboration between departments, weaving together theater and dance and the music department. This marked the first cross-departmental collaboration within the Redfern Arts Center.

Student instrumentalists played in the pit orchestra under the direction of music faculty member Steve Cady. Also, the cast worked with music faculty Daniel Carberg and Morgan Bothwell for individual vocal lessons throughout the rehearsal process.

O’Brien said this collaboration has been something she’s hoped for throughout her seven years at KSC. It is also something that she hopes will continue.

“Having this collaboration come together under the roof of the Redfern has been another highlight,” O’Brien said.

“This was the first time I’ve ever choreographed a musical, so I think in some ways, that’s why Kirstin wanted to work with me, because I wouldn’t go to the sort of standard choreography that one might expect for a musical, because this isn’t my language,” McLaughlin said.

McLaughlin said the goal was to blend choreography into the show seamlessly, creating smooth transitions between dialogue and song. “‘Urinetown’ is an homage to musical theater, but it’s also really sort of rebellious at the same time, creating really unusual, distinctive movement[s] and also bringing in a sort of iconic musical theater movement and blending the two,” McLaughlin said.

Much of the choreography contains tributes to many famous musicals. The song “Mr. Cladwell,” for example, is an homage to the style of “A Chorus Line.”

“I was sort of most daunted by that [song] because it felt the most sort of standard what you expect from musical theater, but I ended up really loving choreographing that number,” McLaughlin said.

Senior Jaden Rogers, who plays Caldwell B. Cladwell, said that song was a highlight for him. “I think that ‘[Mr] Cladwell,’ my opening number when I come in and my staff is swooning over me and I am just kind of embracing it and getting to be with my daughter and getting to really like Chorus Line, the whole thing is just awesome.”

To fit the show’s satirical style, the characters are portrayed as larger than life. Pamphile, who plays Penelope Pennywise, the warden of the show’s central public bathroom, said, “A lot of the characters are over the top and we kind of had to figure out a way to make them as human as possible while still playing into that satire,” Pamphile said.

This over-the-top nature of the characters was one of Rogers’ favorite parts of the role of Cladwell. “My favorite thing about this role is just how exaggerated I can be,” Rogers said. “It is just so much fun to play up and just like, have everyone love me and they have to because that’s just who the characters are.”

A line in the show reads: “Sometimes, in a musical, it’s better to focus on one big thing rather than a lot of little things.” For many involved with the show, however, they chose to focus on those little moments both on and off stage.

“For me, there are a lot of little tiny moments that maybe the audience might not even be able to pick up on,” Pamphile said. “But for me as an actor, it’s those tiny moments between characters. Those like little, tiny interactions that are kind of honestly hard to focus on that just make the show so much more.”

McLaughlin shared similar thoughts about choreography, “It’s really just about little moments when you see a performer discover something new,” McLaughlin said. “That actually is more exciting to me than when I see them really nail something that I’ve given them, because I feel like what I’ve been trying to do more than anything, is give them agency in their bodies to feel really strong [and] really grounded.”

Throughout the duration of the performance, actors and instrumentalists were masked at all times. First-year Alice Browne, who was in the audience, said the masks did not take away from the overall performance.

“The show was so well put together. I was a little skeptical about seeing a musical where the whole cast had to wear masks, but they really adapted well to that obstacle and it didn’t feel like the masks removed from the performance at all,” Browne said.

Being a musical theater fan, Browne was drawn to the show. “I’m a huge musical theater nerd, so when I saw that Keene State was doing ‘Urinetown,’ I knew that I had to go. I have to say, I was not disappointed,” Browne said.

Browne continued, “Everyone involved in the show should feel really proud of the amazing thing that they did.”

Mere hours before the final performance on Saturday night, the cast and crew found out the show was cancelled due to reasons relating to COVID-19. The 2 p.m. show was streamed for those who bought livestream tickets to the final show at 7:30 p.m.

“Safety of our cast, crew and audience members was the most important factor in making the decision,” O’Brien wrote in an email statement.

O’Brien continued, “We are so thankful we were able to have had a run of performances, but severely wish we could have held the final performance in person. However, due to the pandemic, a decision to cancel the closing show needed to be made.”

“Urinetown” held performances from November 17-20 at the Main Theatre. 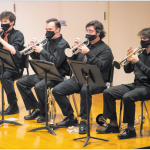 Saxophone & Brass Ensembles Previous
Freestyle to the finish Next 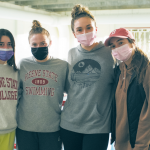