The Keene State College Athletic Department recently released information regarding a new spectator policy, specifically for the men’s and women’s basketball double-header against the University of Southern Maine on December 4. On Friday, December 3, the Athletic Department posted an announcement on their website and on their social media pages that there had been changes to the spectator policy.

According to the Keene State Athletic Director, Phil Racicot, this new rule was put in place due to the recent rise in COVID-19 cases in the state of New Hampshire and the city of Keene.

“I think last week, at some point, per capita, the state of New Hampshire was, I think, number one in the nation in COVID transmission rates. So, that was like an overall response,” said Racicot.

The recent Thanksgiving break was also a determining factor to the rule change, and the department wanted to make sure they limited the number of positive cases and transmission.

Wanting to complete the semester on campus while also reducing the number of quarantine cases as we approached finals week and winter break were also components of the change.

Racicot also acknowledged the game early in November when basketball games received a lot of attention related to COVID-19 protocols.

“Throughout the course of the fall, we had thought about different scenarios. But as we got to the point when the indoor sports season started, in particular basketball, you know, certainly we had a game early on, in the first part of November, that, you know, garnered a lot of attention with regard to, you know, compliance with mask wearing, so that certainly gets basketball games, you know, on the radar every time we have them,” said Racicot.

While the department is thankful to have the greater Keene community supporting the athletes, Racicot said that changing the policy to only allow Keene State students limited the number of people who are not directly affiliated with the campus. The only other people allowed in the gym were specific people on a “pass list” for the visiting team, Southern Maine. This allowed for limited numbers in the gym at one time.

With the gym holding around 2,100 people, the department managed to limit the number of people in the gym to around 500 for both the men’s and women’s games combined.

Not offering concessions was an additional strategy implemented by the department to limit the spread of COVID-19. With no concessions, spectators should not need to take their masks down during the duration of the game.

The department wanted to emphasize that their goal was not to keep people from watching the athletes. In fact, many students are from out of state and have people from their home states come to Keene to watch them play. Racicot said that they still managed to see good numbers of support for the athletes.

“In the end, it turned out to be a pretty good crowd. And it’s very supportive of both teams.”

Looking into games next semester, Racicot said that the spectator policy may change to only allow Keene State students, faculty and staff all semester.

“We’re gonna have to just play it kind of cautiously optimistic for, you know, how things play out for January, as we get to break,” said Racicot.

Overall, Racicot supports the decision of the change and believes it was for the best of the community. He also looks forward to next semester and hopes that the greater Keene community will be able to return in a timely manner. 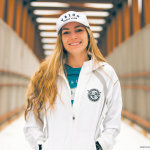 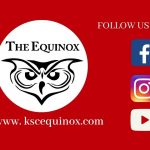