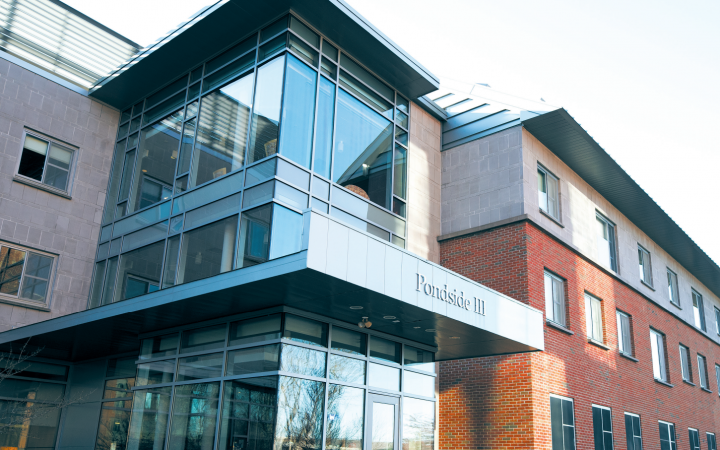 Pondside 3, one of the residence halls that received mold reports. As of December 10, there have been a total of seven reports of mold from both Pondside 3 and One Butler Court.

There are growing mold concerns in three residence halls on campus.

Residents in Pondside 3, One Butler Court and Carle Hall have reported seeing mold in their suites and dorm rooms. The first of these reports occurred in September inside a Pondside 3 suite. More reports of mold have continued to arise throughout the semester. As of December 10, there have been approximately seven total reports across Pondside 3 and One Butler Court.

Ralph Stuart, KSC’s Environmental Safety Manager, said it is unusual to find mold in these particular buildings since they were built within the last 20 years. Stuart said he believes the cause of the mold could be weather-based.

“It’s been an unusually wet year, particularly in the summer. When dust gets wet, mold can grow in the dust. So we think that the humid July and August we had, [and] September, to some extent, were fostering mold growth in places that we normally don’t see it,” Stuart said.

After inspection, Stuart provided air filters to the affected areas in the residence halls. These filters are identical to those seen in classrooms around campus.

On December 1, mold sampling was conducted both inside and outside Pondside 3 and One Butler Court. While results were processed, all ventilation systems in the affected suites were cleaned by Keene State custodial services, according to the Report on Mold Concerns in Keene State Dorms, Fall 2021 published on December 1.

“When we sample for mold, we sample outdoors, we sample in the lobby of the building… And then we sampled in two suites where the concerns had been reported,” Stuart said.

The sampling revealed the presence of mold on the interior and exterior of both buildings. Stuart said more mold was found indoors than outdoors.

On December 2, an additional Pondside 3 suite reported mold in the bathroom ceiling caused by a leaking shower in the room above. According to the updated report from December 9, the area was sampled and found to be the same type of mold found in the December 1 testing.

“We had a custodian that went and cleaned of the bottom of the ceiling but we didn’t ask them to go above the ceiling because you don’t want to disturb big mold,” Stuart said.

The ceiling will be fully replaced after residence halls close for the winter break, Stuart said.

Because there are still students present in the residence halls, Stuart and other custodial staff are unable to go in and fully investigate the source of the mold.

“Unfortunately, the challenge is when people are living in the building, you can’t just go in everybody’s room, so we’re going to wait until people leave. And then we can go room by room and look for any other sources of mold that might be in there,” Stuart said.

So far, none of the mold has grown back after being cleaned up. “Once we clean it up, we haven’t seen it come back very much but we’re aware that it could,” Stuart said.

Stuart asked for students to report it if they find mold regrowth.

A lot is currently unknown about the cause and source of the mold. When residence halls officially close for break, more sampling and research into the source of the mold will be conducted, as well as a cleaning of open surfaces and air diffusers in each suite.

If students find what they believe to be mold in their living space, Stuart said to email him at Ralph.Stuart@keene.edu. 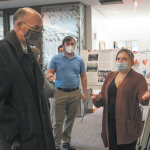