The November 18 issue of The Equinox went on the stands November 17, 2021. This issue included an article about lack of masking at a formal event hosted by Alpha Sigma Phi. Students involved in Greek Life responded to this article online and on campus quickly. The same afternoon, entire stacks of the newly advertised papers were removed from the stands by members of Phi Sigma Sigma. The courts and Student Press Law Center note these actions as censorship and theft. Keene State College has yet to fully address the situation or hold members of Phi Sigma Sigma accountable. 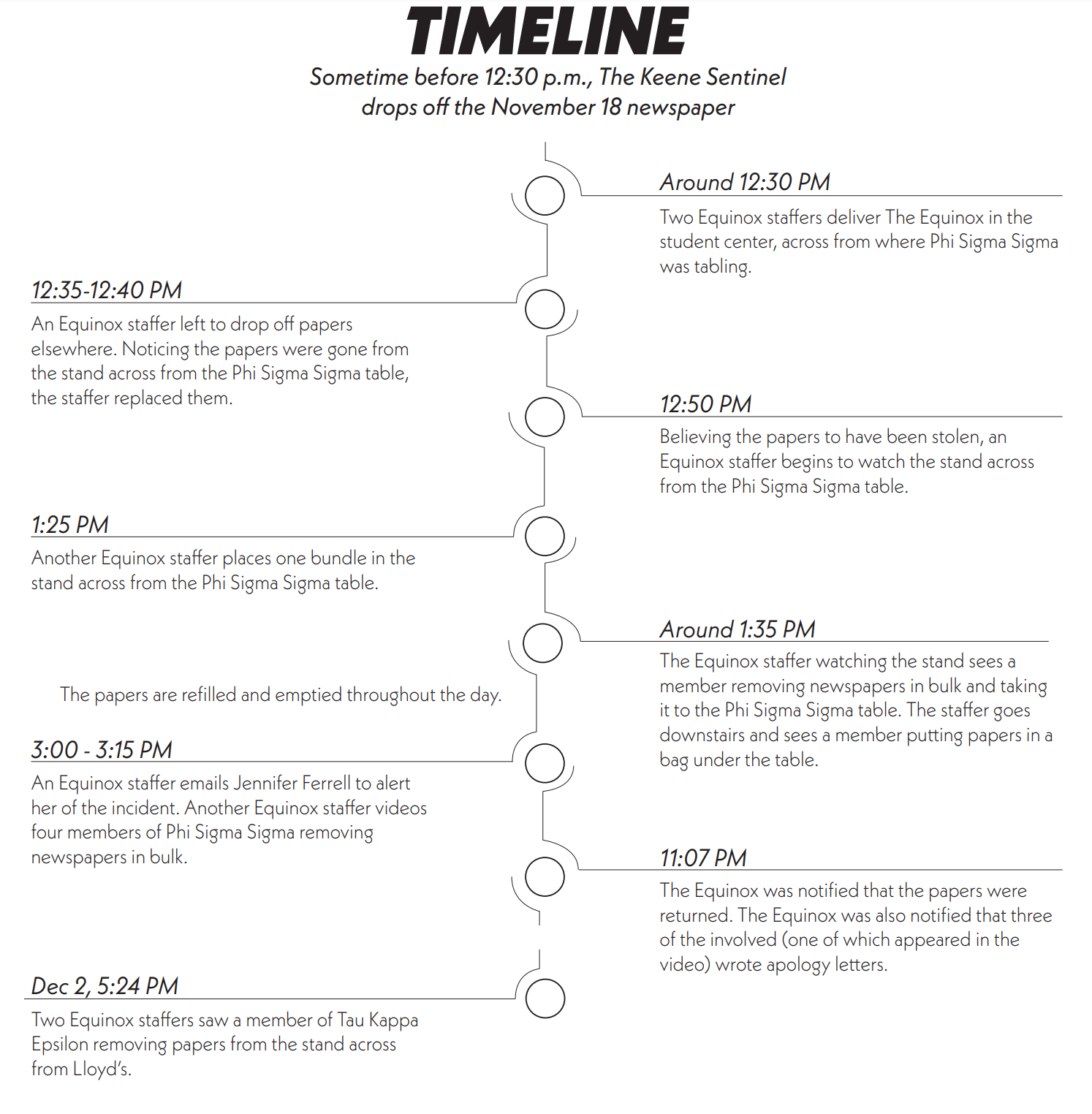 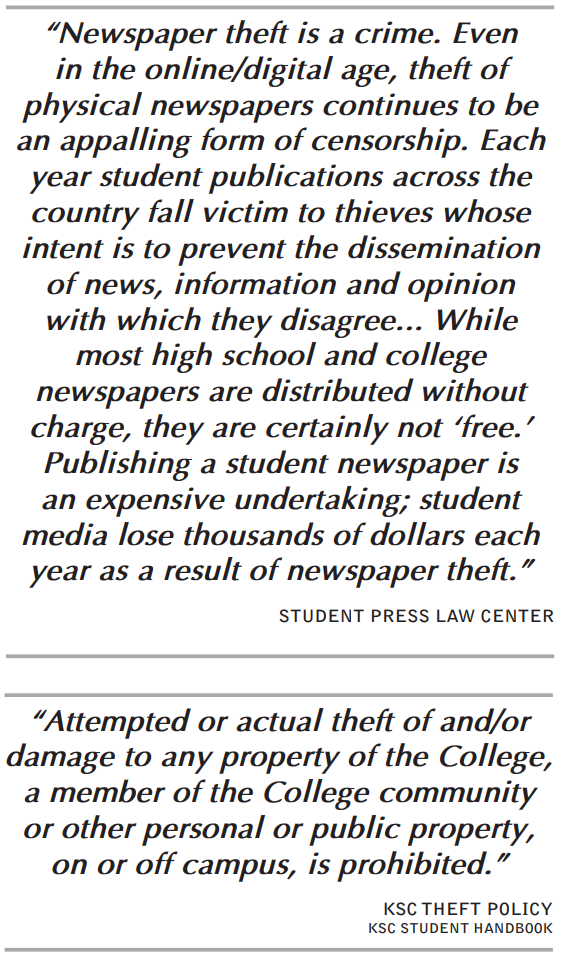 On November 16, The Equinox’s social media accounts posted a screenshot of the front page telling followers to look out for that week’s issue of the paper. The social media posts attracted comments from several Greek Life members and other KSC students criticizing the article and The Equinox staff. The next day, November 17, the newsstands in the student center were stocked with newspapers, only to be emptied within 20 minutes.

Because several Phi Sigma Sigma members were recorded removing several newspapers, their organizational values must be taken into consideration. Phi Sigma Sigma is a national organization, and their website highlights the “Philosophies and Policies” that each member is expected to follow.

nature, do not respect the dignity of the individual, cause disharmony in the chapter, among fraternity/sorority organizations or the college/ university community.” The newspaper thefts affected the college community and caused “disharmony” between Greek Life members and The Equinox, as well as its audience.

Out of the six Phi Sigma Sigma members who were witnessed removing newspapers, two are on the executive board. The other individuals in the video are Phi Sigma Sigma members. Additionally, some of the women removing papers are leaders within different organizations as well. For example, the Class of 2023 president, who serves as Member at Large for Phi Sigma Sigma and as a Community Assistant (CA) was seen removing papers. The sorority’s current Vice Achron was seen removing papers, as well as (at the time, it is unclear to The Equinox as to whether or not this has changed) the VP of Programming for Panhellenic Council, who also serves as Public Relations and Fundraising Chair for the sorority.

Two weeks later, on the evening of December 2, a male student was seen removing papers. This student was identified as a member of Tau Kappa Epsilon (TKE). 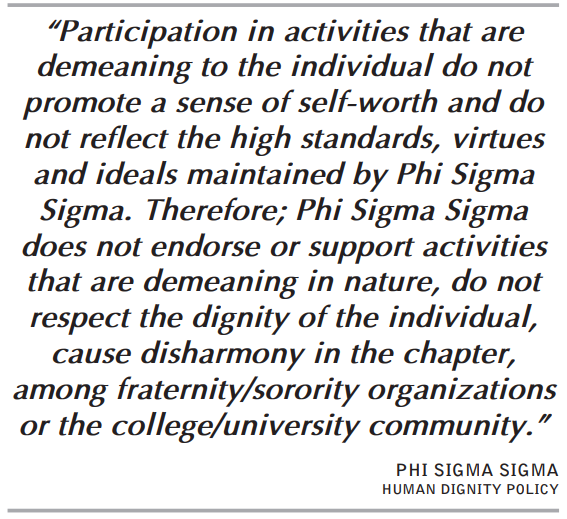 The TKE Fraternity has “The Teke Guide” which states the various expectations, traditions and history to the various TKE chapters. The first chapter has an “Initiation” section that states, “Your every action will be a reflection not only upon you as an individual, but upon the Fraternity of which you are a part.” The individual who stole approximately two bundles of newspapers (amounting to about 60 papers) was representing the TKE fraternity.

KSC’s own Mission and Values statement also addresses this kind of behavior. The “We value” section lists several items that the college dedicates its efforts implementing in students through the academic experience. Among those listed values are “Social justice and equity in our community and in our curriculum” and “Diversity, civility, and respect.”

According to Matthew Salter, Assistant Dean of Students and Director of Student Conduct, as well as the Student Involvement Office, the college does not view the instances of newspaper theft as a conduct violation.

Lynne Andrews, the faculty advisor for Phi Sigma Sigma, said the newspaper thefts were a “reaction to something,” published in the November 18 issue.

“Well, I mean, without having talked with them and finding out a little bit more of what their thought process was… It seemed like it was a very quick knee-jerk reaction to maybe some frustration on their part,” Andrews said.

Andrews also said she doesn’t believe an event like this will happen again. The newspaper thefts occurred November 17, and two weeks later, on December 2, they were repeated.

Jennifer Ferrell, Associate Vice President for Student Engagement, said because there is no direct signage on the newsstands specifying the number of newspapers people can take, that expectations for that situation do not reflect a conduct issue. She said The Equinox should have some form of parameter at the newsstands or somewhere in the paper regarding the number of newspapers people are allowed to take.

The Equinox has had such a policy for years. Each printed issue of The Equinox includes a policy that states, “One copy of The Equinox is available free each week. Anyone removing papers in bulk will be prosecuted on theft charges to the fullest extent of the law.” This statement can be found on page A4 in every issue under “Equinox Newsroom.” Ferrell was then made aware of this policy.

Ferrell also said there isn’t any way to know what people are doing with the newspapers after the fact so there is no reason to take the students identified through the due process with community standards.

Matt Salter, Assistant Dean of Students and Director of Community Standards, said, “There is a line [in the paper] about being prosecuted to the fullest extent of the law. Community standards is not the law.” He said if The Equinox wanted the newspaper thefts to be considered a community standards violation that there should be a change in the wording around the “one copy per student” statement in the paper. Salter did not contact the Equinox regarding the matter before making his decision.

Ferrell recognizes that some of the individuals who took newspapers were student leaders. “I want student leaders to be held accountable for the actions they take, but also recognize that everyone is human and we all make mistakes.” She added that the mission of members of student government is to be representative of all students. “So the hope is that they’re absolutely inclusive of all the folks within that and not allowing bias to impact the decisions that they make as a part of student government,” Ferrell said.

The Class of 2023 President and member of student government is a representative of her peers and student organizations at the school. Whether or not the actions of the Class of 2023 President in removing newspapers were irresponsible for someone who holds that position, Ferrell said she did not wish to comment as she is unclear on the motivation behind the paper theft.

Jess Gagne-Cloutier, Director of Student Involvement, said she suggests a “space to be able to bring [Greek Life and The Equinox] together to talk about why [the thefts occurred].” She also said, “I suspect it’s maybe more emotional than just the removal of papers.”

Gagne-Cloutier and Andrews both said they suspect the thefts were emotionally based.

It costs the Equinox $642 to print each week and 26 staff and editorial board members contributed to the November 18 edition. Nine bundles of newspapers valued at $231 were taken.

The Equinox received apology letters from three out of the six identified students who took papers on November 17.

What does this mean for the future of community standards, accountability and the free exchange of ideas on our campus? 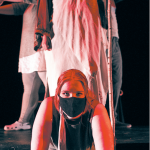