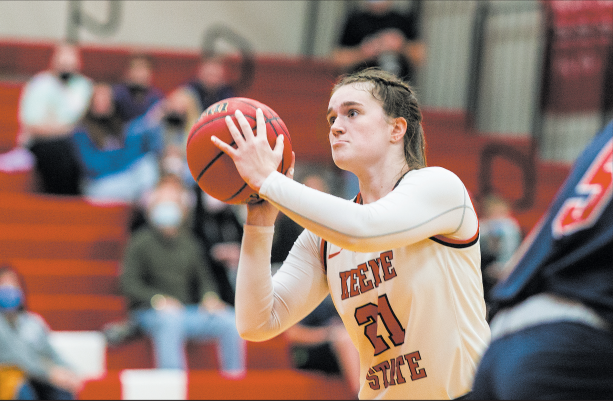 Junior forward/guard #21 Michelle LaBonte going for a shot in the women’s basketball season opener on Friday, November 5 against New England College. The KSC women’s basketball team crushed New England College in their season opener last week. In their first game back, the Owls took over the court, ending the game with a final score of 70-45. Some key players shined through in the game, first up is junior Hailey Derosia. Derosia scored 15 points this game along with four rebounds, four assists and two steals. Next up is sophomore Jackie Alibrandi. Alibrandi put up 13 points to go along with one rebound, one assist and two steals in the game. Firstyear Samantha Lee made her first apperance for the Owls in this game and she filled the stat sheet putting up eight points of her own. Also added onto that total, Lee had four rebounds, two blocks, two assists and one steal. First-year Kenzie Dumford also made her Keene State apperence in this game and she did well, adding seven points, three rebounds and one block for her team this game. The Owls will be back in action on Saturday when they face-off against Babson at the Spaulding Gymnasium.

0Shares
0 0
Tough LEC final loss Previous
What are the clubs up to? [Rugby] Next 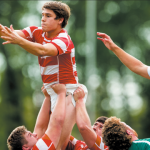