The Zorn Dining Commons was inspected by the City of Keene and was deducted 12 points out of 100.

According to the inspection letter, the reason for the deductions were because of a food processor’s blades having debris, causing a two-point reduction. The underside of a mixer had debris and gear oil leading to another 2 point reduction. Towels were not available at the hand sink in the Vegan kitchen (2 points) and holes in the wall in the dry storage room were found, a 1 point reduction.

Finally, “Cooked chicken tenders [were] 46 degrees f[ahrenheit] inside [the] reach-in-cooler,” the letter states.

Both of these led to a 5 point reduction from the score.

According to city food code, “hazardous” foods must be kept at 41 degrees fahrenheit or below or 140 degrees or higher at all times.

The “food court” (the City of Keene website does not list the specific name of the dining location) was also inspected.

The inspection letter also stated a knife with debris was stored in the rack, causing a two point deduction, and “various plastic containers with sticker residue and food debris,” were also found, leading to another 2 point reduction.

The Night Owl Cafè was also inspected but received no deductions from the score.

For more information, visit the City of Keene’s inspection record portal on the City’s website. 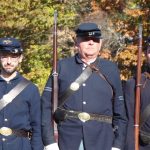