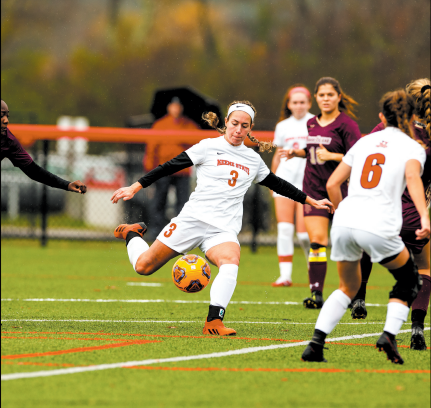 Senior Alyssa Wilcox kicking the ball in the game against RIC this past weekend. The women’s soccer team played at the Owl Athletic Complex for their last regular season game against Rhode Island College on Saturday, October 30. The result of this game was in favor of the Owls, allowing them to claim an LEC spot and ended with a final score of 3-1. One of these goals were scored in the first half by senior captain Alex Kennedy, her fourth goal of the season, with an assist by sophomore Alexa Skinner. The second two goals scored for Keene were both in the second half. The first one was taken by first-year Raelyn Callahan which is also her fourth goal of the season, and the second was by junior Kayleigh Marshall, her sixth of the season. Earlier this week, the team also traveled to Russell Sage College. In this game, Sage would get two goals past senior goalkeeper Rebecca Koziara, one in the first half and one in the second half. Unfortunately for the Owls, they were not able to find the back of the net this game and were not able to get a handle on the ball leading to a 2-0 shutout for the Gators. 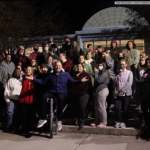 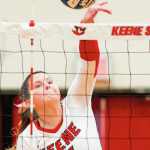