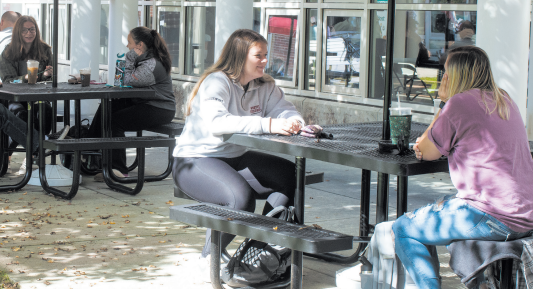 Keene State College has often been seen as an undiverse college, however certain initiatives on campus have contributed to the on-campus experience.

“The admissions team has a very specific travel plan and strategy of high schools that we outreach globally, and really within a span of the campus,” Lufkin said, “Then within that they do they have special initiatives that they work on, specifically to attract students of color.”

Lufkin continued, “Something that they worked on this year, this past year has been really close collaboration with the Nashua School District, and doing some workshops and seminars and working collaboratively with students at those institutions at that high school at those two high schools, to introduce them to Keene and to facilitate some conversations.”

Lufkin also explained a leadership scholarship offered by Keene State. “[It’s] for students that represent within their admissions applications. So it’s not specifically for students of color or underrepresented students, but what it is for is students who represent that they’re really interested in social justice, and serving the underserved populations,” Lufkin said.

Lufkin also explained that through this leadership program, students do workshops, seminars and other activities.

“So, geographically, certain high schools, and we work closely and analyze that data weekly to understand where the high schools that are driving applications to cane, and then we really work to focus to make sure that within those high schools, that we have visits and materials and programs that really demonstrate that we’re welcoming to all,” Lufkin said.

Once on-campus, the Office of Multicultural Student Support and Success (OMSSS) offers programming for students.

“Our programming is open to all students like we serve all students in the multicultural office,” Kya Roumimper, who heads the OMSSS, explained. Roumimper also explained that there are certain affinity groups, groups only open to certain identities.

“I run a women of color circle with Dr. Taneem Hussein from Women and Gender Studies. That is a space for women identifying people of color, and it’s a self-identification but that’s been running for three years now…It’s a really beautiful space for connection and healing and community building,” Roumimper explained.

Roumimper further explained, “We try really hard to make our programs accessible in a way that allows students from whatever walks of life they’re at to be able to join us…We try to be really conscientious of when we’re having programs, at what times to make sure that students regardless of their age or whatever might be a barrier for them to come. We don’t program, or we try not to really hard not to program, on major religious holidays so that we wouldn’t be a barrier to have students participate.”

“I think that diversity is so critical, because what happens when you have the capacity to really maximize diversity,” Dr. Dottie Morris, Chief Officer of Diversity and Multiculturalism, said.

“People are able to present different ideas and create some really innovative ways of thinking and doing things. If you have everyone thinking the same way, it makes it very difficult to think outside of the box or to think beyond just one way of thinking,” Morris said.

Morris also said that Keene State’s numbers, percentagewise, have been increasing in the previous years, and also said, “We are all diverse.” 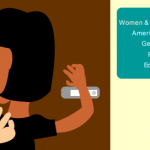 Losing a Minor Previous
Making a comeback Next