Students participate in the Alzheimer’s Walk 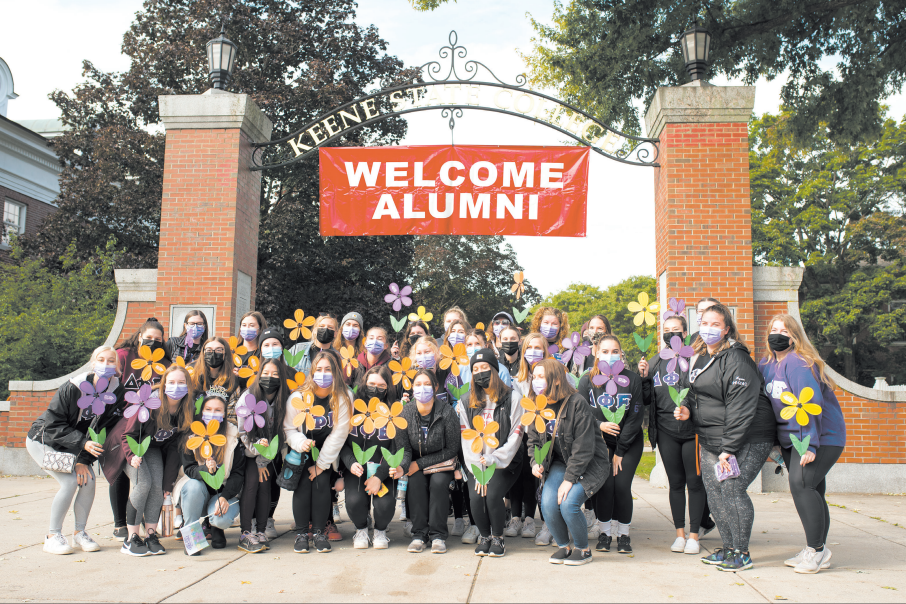 Students and faculty alike participated in the Walk to End Alzheimer’s.

“We’ve been working with the Western New England branch of the Alzheimer’s Association for years,” Treadwell said, “Keene State’s been fortunate to host the Walk to End Alzheimer’s each year.”

Jessica Gagne-Cloutier, KSC’s director of Student Involvement also had a personal connection to Alzheimer’s, “One of my great aunts passed away from Alzheimer’s when I was young, and five years ago my grandma passed away with early dementia.”

“It’s definitely a cause that’s personal and something I’m really proud to be apart of through my work here at Keene State,” Gagne-Cloutier explained.

“This is my tenth year working with the walk at Keene State, and every year I see students participate in two ways,” Gagne-Cloutier said.

Gagne-Cloutier continued, “One is as volunteers, our Keene State students are the ones who are here at 6:30 in the morming helping to get all the tables and chairs out, make sure the event is ready to welcome all those that are walking.”

Gagne-Cloutier also said that it’s mostly members if Fraternity and Sorority Life who help out with the Walk to End Alzheimer’s, and added that Delta Phi Epsilon was KSC’s largest team and Tau Kappa Epsilon volunteered the morning of the event. 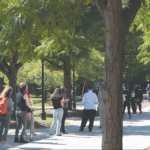