The assembly went on to introduce themselves to Christie.

Representative and Equinox Staff member Lydia Mardin asked on behalf of the Academic Standards Committee from Senate to ask about the two breaks (12-1 P.M. and 5-6 P.M.) during the class time.

One student expressed concerns over Lloyd’s, the Night Owl Cafe and the Dining Commons being overrun during this time.

Another student, who works at testing said that many students can only go to testing during the 12-1 P.M. time break, which strains COVID testers.

One student suggested that the break should be determined by major, so that same majors have the same break.

Mardin said she would bring this to the attention of the Academic Standards committee.

During the courtesies period, assembly members mentioned athletes selling calendars, what the different clubs were doing on campus, and secretary Abigail Lashaway asked for members to submit their office hours and committees. 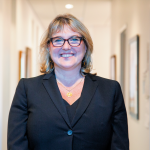 Fighting genocide with Forgey Previous
A look at our values Next 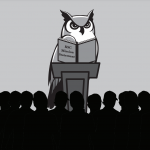