Green energy is the future 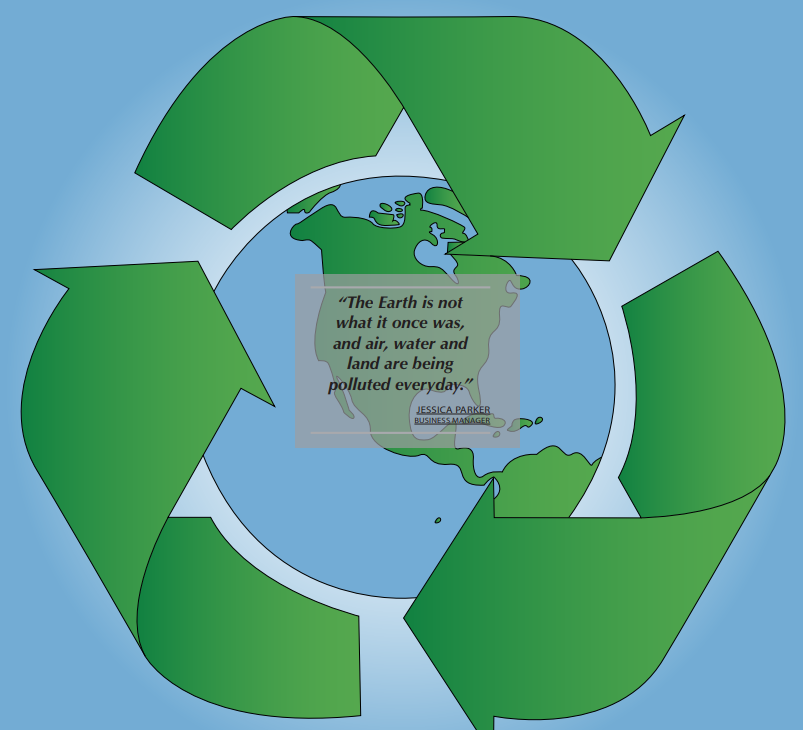 Why an over-reliance on oil is dangerous for the environment

As I drive down the interstate highway, all I see is smog. The Earth is not what it once was, and air, water and land are being polluted everyday.

Over the last couple decades, the Earth has been polluted and stripped of its natural resources. A possible solution to this problem may be using alternative, greener sources of energy. One of the main problems affecting our climate, output of pollution and the preservation of wildlife is oil.

Across the globe, nations are fighting over oil and possession of the land where we can hydraulic frac it. Oil and fossil fuels are so precious because it is a source of heat for our homes and fuel for vehicles and other transportation. In the article “Outlook for Energy” published by Exxon Mobile, an American multinational oil and gas corporation, stated that, “Oil and natural gas make up about 55 percent of global energy use today. By 2040, 10 of the 13 assessed 2oC scenarios project that oil and gas will continue to supply more than 50 percent of global energy.” Based on these projections, oil will become more and more of a needed resource, and we will have less and less access to what is needed to supply that need.

There is a finite amount of oil on this earth, and we are needing two times the amount that we did 50 years ago. Not only does oil make up more than half of the energy used on this planet, but we need more of it than we ever have. The problem is not lessening either, because the global population will only grow and worsen the energy deficit. The New York Times article, “50 Years of Earth Day: What’s Better Today, and What’s Worse” explained that, “Between 1970 and 2018, the global use of fossil fuels like coal, oil and natural gas more than doubled.” The situation is tricky, because we are needing more energy because the population is growing, but there is less and less oil to find because it is a limited resource.

Not only is oil becoming more scarce, but it also negatively affects the environment and the animals living in their habitats. For example, oil spills occur more often than we might think. The online article “Oil Spills,” published by the National Oceanic and Atmospheric Administration said that, “Thousands of oil spills occur in U.S. waters each year…These [oil spills] tend to happen when pipelines break, big oil tanker ships sink, or drilling operations go wrong. Consequences to ecosystems and economies can be felt for decades following a large oil spill.” Just in the United States alone, there are thousands of oil spills. So much of the aquatic wildlife is affected by these dangerous spills.

Just recently, on October 2, 2021,there was a large oil spill off the coast of southern California. This spill released thousands of gallons of oil into the ocean. The New York Times article written by Neil Vigdor and Melina Delkic explained that, “A pipeline failure off the coast of Orange County, Calif., on Saturday caused at least 126,000 gallons of oil to spill into the Pacific Ocean, creating a 13-square-mile slick.”

They also added “Dead fish and birds [were] washed ashore”. This oil spill has resulted in a whole part of the aquatic environment being injured or killed because of mankind’s mistake.

All in all, using oil as a major source of energy throughout the globe is very dangerous. It kills wildlife and the environment. Our lives completely revolving around oil is only a temporary fix, as mankind will run it dry in the short years coming. People living at the mercy of oil are going to run out, and we need to start looking for renewable sources of energy starting now. To change the future, we must change the now. 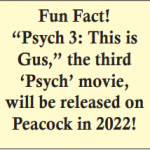 Review: ‘Psych’ pilot Previous
Strides toward a COVID-less future Next 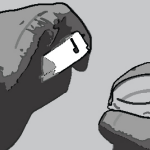