The Keene State Owls field hockey team was unsuccessful in beating the Babson College Beavers in a game on Sunday afternoon. In the 1pm game at MacDowell Field in Babson Park, Massachusetts, the Beavers beat the Owls by 5 goals with a final score of 6-1.

Babson scored their first goal of the game, less than a minute before the end of the first period. This goal was a lone goal scored by McGrath, her seventh of the season.

The third period brought about three more goals for the Beavers, the first of which was scored by Brady, allowing her second goal of the game and eighth goal of the season. The second goal of the period would be another player’s second goal of the game, this time, it’s McGrath giving her a new total of eight goals this season. The final goal of the period was scored by junior Isabelle Fournier off an assist by McGrath, this would be Fournier’s first goal of the season. Ending the third period with Babson leading 5-1, Keene needed to make a major comeback in the last period. Unfortunately, that comeback never reached the surface as the Owls would allow Babson to score once more in the fourth and final period. This goal would be scored by junior Marissa Halkett off an assist by Kayla Carleton.

Earlier this week, the Owls headed to Alumni Field to face off against the Salem State University Vikings. The game was on Wednesday, October 16 at 6pm in Salem, Massachusetts. This game was won by the Owls with a final score of 4-2. These four goals were scored by Stefanakos, off an assist from Taylor, a solo goal by Cahoon, and two more solo goals by Taylor. 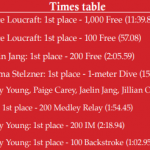 Keene crushes in competition Previous
An Owls Loss Next 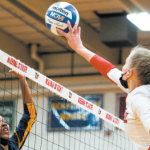