The first period was filled with fouls for both sides, 15 for Keene State and 17 for Plymouth State. Plymouth took double the amount of shots Keene State did, with the Panthers taking four and the Owls taking two.

For the Owls, the second period started off with Ellie Hunkins, Maggie Cahoon, Hailey Patridge, Chase Lambert, Irini Stefanakos, Emily White, Lauren Hausser, Hannah Wood, Clara Hunkins, Demetria Gonzalez and Molly Edmark in goal. For the Panthers, we had Holly Temple, Jess Mezquita, Melanie Mesa, Jenna Freni, Olivia Geisser, Natalie Perry, Mariah Luscher, Athena Comeau, Alessia Salzillo, Taylor Healey and Kayla Antonucci in goal. This period, KSC scored their first goal of the game about 18 minutes in. This unassisted goal was scored by Clara Hunkins, giving herself her first goal of the season. KSC would score once more this period, this time by junior midfielder Lauren Hausser, off an assist by first-year Grace Taylor. This goal is Hausser’s second goal of the season so far and gave Keene State the 2-1 lead over the Panthers.

The third period would allow for two more KSC goals. These goals were made four minutes apart for basically back-to-back goals. Around the 35 minute mark, Ellie Hunkins who did not want to be shown up by her twin, Clara Hunkins, scored her first goal of the game. This goal was assisted by Irini Stefanakos and was Hunkins’ seventh goal so far this season, one of the most of any player on the team. For the last Keene State goal of the game, Irini Stefanakos took this one. She was assisted by Hunkins on this one and brought her total to eight this season. At the end of the third period, the Owls led 4-1 with hopes of holding off the Panthers in order to take the win.

The fourth and final period brought about one more goal for Plymouth State that was taken at the very end of the match. This goal was taken by Panthers senior forward Jess Mezquita off an assist by sophomore midfielder Taylor Healey. This goal would be number three for Mezquita. Although the Panthers tried to make a comeback, their efforts were not enough to hold off the Owls this game. The Owls will be back in action on Thursday when they go on the road to face Smith at 6:30pm. 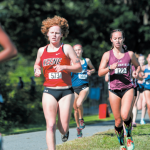 DI to DIII Previous
The Clarence DeMar Next 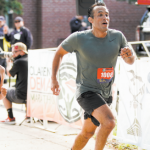