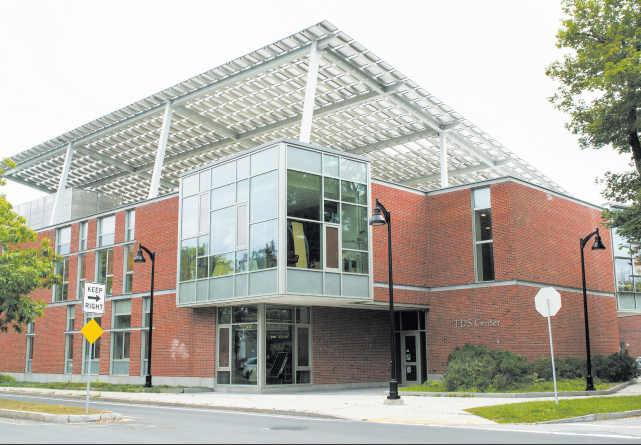 The Technology Design and Safety Center (TDS Center), pictured above, is one of the most sustainable buildings on campus. It featuring an array of solar panels, and a naturally regulated building temperature that uses sensors in the windows to control the amount of heat let in.

Sustainability fails to live up to student expectations

There appears to be dissonance between the implementation and execution of sustainability efforts on campus.

This year, the college underwent several changes in an effort to promote sustainability. The L.P. Young Student Center, for example, was renovated this summer to include more environmentally-friendly designs, including a new lighting system.

“Previously, we were recycling within the guidelines of the city of Keene. And through that, we had to separate our recycling and we could only recycle plastics one and two, but with this switch to single-stream recycling, all recycling goes in one container. And now we can recycle plastics one through seven, which is really exciting,” Edmunds said.

In its beginning stages is the new Sustainability Council, a group of faculty and staff, students and community leaders dedicated to promoting sustainability across campus. The call for nominations for faculty and staff will be sent out in the near future, Edmunds said. “Within the Sustainability Council, we’re going to have hubs. There will be a sustainable administration hub, a sustainable operations hub, and a sustainable living hub,” Edmunds said. “Those will be the groups that can really come together and look at their areas of what they work in, and how they can be more sustainable, and collaborate across departments and across boundaries.”

In the Zorn Dining Commons this year, the Green Box program was implemented to help combat food waste. Students can purchase a green box for five dollars and reuse it each time they eat at the dining commons. Junior Paula Durant said the green boxes are a good addition to the campus sustainability efforts.

“I think that’s definitely a step in the right direction,” Durant said.

However, some students think there is more to be done. There is some confusion among students regarding what exactly is recyclable and compostable. Although there are signs on each of the trash bins around campus designating how the trash should be separated, junior Alexandria Pippin feels they could be more boldly labeled.

“I think, for a lot of people, it needs to be easy, which I know, again, you can’t make it easy necessarily, but I know for like the [dining commons] and stuff, kids don’t want to take the time to throw everything out. I don’t know if there is a solution, but it’d be nice if it was maybe a little bit easier,” Pippin said.

Pippin added that there should be more uniformity between the trash bins outside and the bins inside campus buildings. For the bins inside, there are three distinct categories for recycling, compost and trash. The bins outside, however, are not divided as such. “There’s a lot of recycling and sustainability things inside, but there’s not a lot of things outside. I don’t know if that’s a possibility to do, because I’m sure there are a lot of moving parts,” Pippin said.

Above any criticisms, students can acknowledge that the college is making an effort to be sustainable, especially amid the COVID-19 pandemic. “I get that, because of COVID, we have to have plastic wrapped things and we can’t have the dining commons to be how it was last year where we can just wash our plates,” Durant said. “I get [COVID] put a strain on things, but I think we’re doing fairly good, but obviously not as good as before COVID.” Coffey added, “I think they’re doing as well as you could do.” 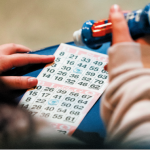